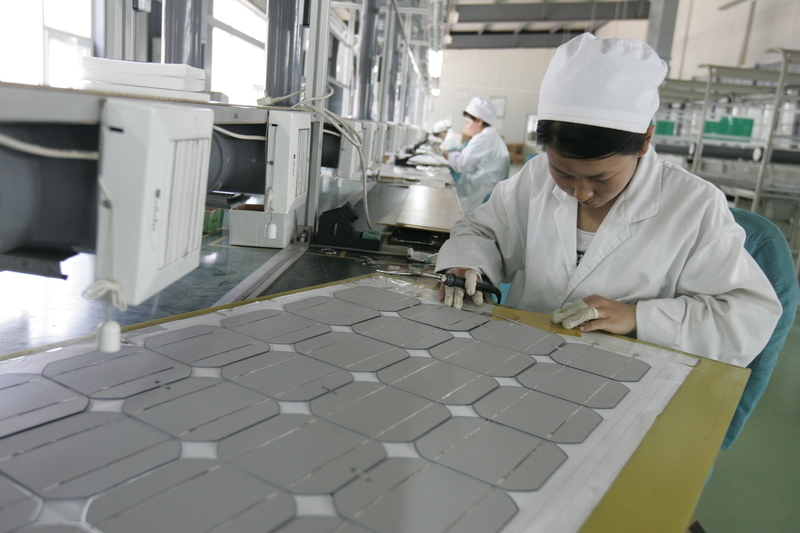 China has seen enormous growth in renewable energy over the last few years. It now has both the largest and the fastest growing wind and solar sectors in the world.

In fact, last year all of China’s increase in energy demand was met by renewables. All of this has been rapidly reducing the carbon intensity of China’s economy, now decreasing at the fastest rate in the world.

However, the picture is far from all rosy.

The country’s massive solar and wind potential is seeing huge curtailment, where energy is produced but not integrated into the grid — or, in other terms, wasted.

Meanwhile, China’s enormous State Grid continues to favour coal and other fossil fuels as they are able to provide a steady and reliable stream of power, compared to renewables’ natural fluctuations in efficiency.

To cap that off, on Monday China’s National Energy Administration released its five year blueprint for the energy sector. It was not the ambitious clean energy transition plan many had hoped for — though it is only a plan, not set-in-stone policy.

All this means that the State Grid, despite the government’s mission to tackle air pollution and despite China’s Paris Agreement commitments, actually has little incentive to integrate renewables.

There is an emerging consensus in China that distributed renewable power generation is required in order to manage this.

Distributed renewables is the idea that instead of having, for example, hundreds of acres of solar panels which could be hit by a cloudy day, small scale and flexible renewable power generation, such as solar paneled rooftops, should feed the grid from around the country.

Such a system is complicated.

Being based on local conditions and local demands, it is near impossible to fulfill solely through top-down policies. That means communities can’t wait for government, they will instead foster a nimble and responsive grassroots movement in order to realise the potential of renewables.

China’s growing startup sector, for instance, is beginning to provide answers. From solar financing solutions to big data analysis to ultra-thin, ultra-mobile solar panels, the community is blossoming with ideas.

“Startups are by nature nimble and, I would say, uniquely suited to bringing solar projects to residential and commercial properties,” says Yin Zhongrui, founder of the solar startup Morning Sun Solar.

Making ideas a reality, however, is hard. The world of startups is full of risk.

At the Sino-US Clean Energy Innovation Fest, held in Shanghai 4-5 November, Daniel Hersson of the Asian Development Bank echoed these problems, and also the need to overcome them.

“We need to de-risk entrepreneurship, to make it faster and less risky,” he said.

Established by Greenpeace East Asia, and supported by American organisation the New Energy Nexus, the incubator provides skill sharing, opportunities to meet potential investors and encouragement from those engaged in the sector.

The Shanghai event was the final stage in this year’s series of hackathons held in Beijing, Shanghai and Shenzhen.

The winners of those hackathons, a total of five teams, were invited to Shanghai to give TED Talk-style presentations on their projects. A panel of industry experts and potential investors were on hand to comment on the projects and, ultimately, vote for who should receive the up to RMB 50,000 (USD 7,350) winning prize.

This year’s winner was Miao Xin, a self professed “radical environmentalist”, and his platform for reduced-risk solar financing.

In the next stages of the PowerLab incubator program, Miao Xin and his team will receive further training and skill sharing to give the program the leg-up it needs.

These young entrepreneurs – the renewable generation – are not only indispensable to China’s clean energy transition, they are also key to global climate efforts.

As Danny Kennedy, managing director of California Clean Energy Fund, said at the Sino-US Clean Energy Innovation Fest, “our only shot at achieving the aims of Paris is to 100% electrify the economy, and that electricity must come from renewables.”

Young entrepreneurs, such as Miao Xin and the other PowerLab participants, are part of a movement powering the next wave of the energy transition in China — the grassroots renewables revolution, for China and the world.

Tom Baxter is a communications officer for Greenpeace East Asia