Brexit: Household energy bills are probably going up this winter 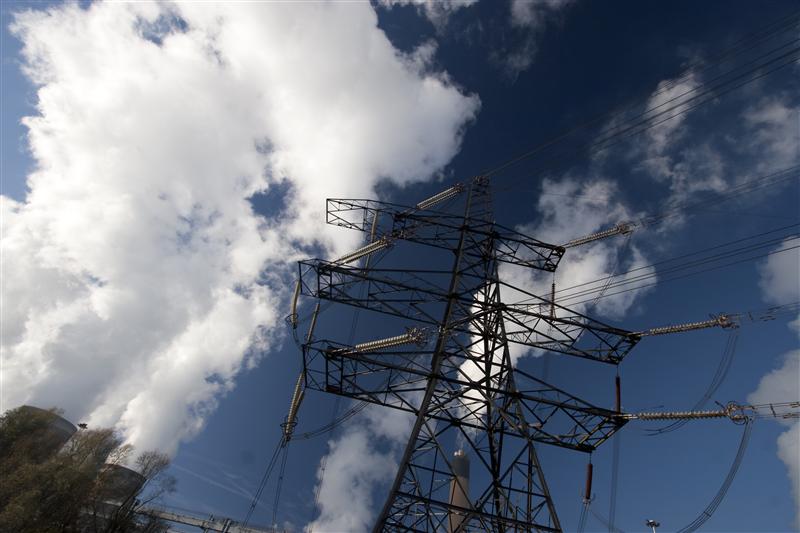 A recent rise in wholesale prices could push up energy bills dramatically this winter whilst putting more small firms at risk of financial difficulty, according to an Unearthed analysis.

Data on the UK gas price and power price shows that the combined effect of Brexit and – more significantly – current uncertainty over power supply this winter is pushing up wholesale prices.

With prices rising sometimes by more than 100% on earlier this year, cost increases are already being passed on to consumers. When contacted British Gas declined to comment on whether prices would rise.

The steep rise in the wholesale price of power is linked to a dramatic decline in imports from the EU and the recent shut-down of the main UK-France inter-connector.

Though the current surge in the power price is not caused by Brexit analysts fear that Brexit will also make it harder to secure reliable power ‘interconnections’ with the EU in future if the UK is not part of the EU trading market.

The rise in costs is hitting smaller suppliers hardest because they lack their own generating capacity and because their smaller scale makes them less able to manage large fluctuations in the price of gas and power.

The analysis comes after one company – GB energy supply – went bankrupt, leaving 160,000 customers facing uncertainty over the cost of their power.

One company, Ovo, has already put up it’s fixed and variable tariffs whilst assuring its customers that it would not face the same difficulties as GB energy.

Green supplier, Good Energy, said it was sticking to its price freeze because the firm benefits from sourcing power directly from renewable generators.

“We have a strong spread of Power Purchase Agreements with over 1000 small renewable generators, partial vertical integration (we generate our own power), good risk policies, a good hedging policy and good access to market,” said a spokesperson.

Other firms – including major suppliers – have withdrawn cheaper tariffs from price comparison websites.

“What we’re specifically concerned about is the ability of suppliers small and large to buy power in the evening peak,” said Robert Buckley from analysts Cornwall Energy.

“There are various industry rules that provide for certain products to be available but they don’t cover that evening peak time, he added.”

One factor in the rising prices is the falling value of the pound since the UK voted to leave the EU in June.

The lower price of sterling has contributed towards a rise in the cost of gas of more than 20% across both current and future markets.

Unless the pound stages a dramatic recovery – or the gas price falls for other reasons – the higher costs are sure to feed through directly to consumers as suppliers are forced to pay more to provide gas to households.

But the biggest change in the last few months has been in the cost of power driven by the closure of ageing nuclear plants in France and various other restrictions in power across the UK and Europe.

Of course companies buy power both on a short and long term basis and to cover both peak and base-load power – but all markets appear to show very dramatic increases to prices well above those seen in the past five years – according to data from Bloomberg.

And it’s really not getting any better:

“This contributes to the pressure for a general raising of prices you’ll see that the most competitive due fuel offers are up by £100 if not more in the last few weeks,” warned Mr Buckley.

It is this current volatility which has also raised concerns about the long-term stability of the UK power market.

New “interconnector” links between the UK and Iceland and the UK and Europe are reportedly delayed due whilst investors wait to work out whether the UK will remain in the EU’s power trading mechanism.

“Brexit does not change the advantages of linking our electricity market with those of Europe. This trade is mutually beneficial for British business and consumers, and for our European counterparts. In any negotiation, you find a fixed point of mutual common ground.”

However investments may depend on the outcome of those talks which, at the moment, seem highly uncertain:

“A lot of inter-connector developers are holding tight until there is a bit more clarity on what will happen”, said Jonathan Gaventa from Energy and Environment think tank E3G.

“There is an open question about how and whether the UK will be able to continue in the EU internal energy market.”

Tomorrow the EU is due to unveil new plans for an overhaul of trading regulations.

Analysts contacted by Unearthed suggest the plans may mean that non-EU countries could join the market, but they would need to meet environmental and regulatory standards, avoid state aid and submit to EU agreed dispute mediation — none of which may be acceptable to supporters of a ‘hard Brexit’ from the EU.

The EU package will also include new regional emergency measures to provide power — but again the UK would not automatically be signed up once it leaves the EU.

“If we’re not in market trading would need to happen on basis of bespoke arrangements, it’s unclear exactly what it would look like,” added Gaventa.

“The Swiss have struggled from being frozen out of market coupling side of things, they can’t fully participate and that’s why they are keen to join this energy section.”