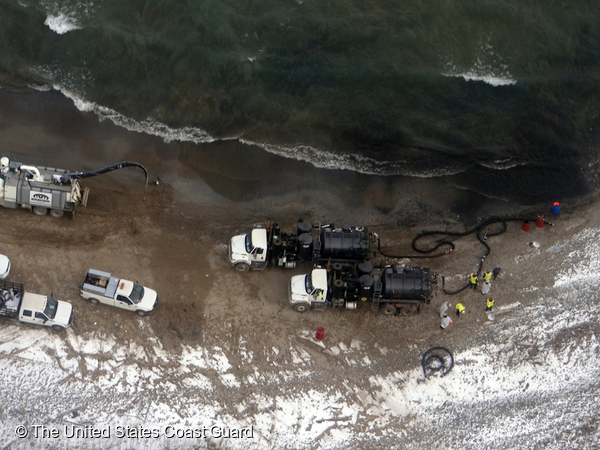 A litany of failures in the way BP manages critical engineering information may be increasing the risk of major accidents at the oil giant’s plants across the world, according to analysis of an internal report leaked to Unearthed.

The confidential document handed to Unearthed and shared with the Financial Times, reveals serious weaknesses in the way the company manages critical  information and reporting of incidents at its refineries and oil rigs. It went on to claim the failures got close to two potentially lethal accidents and was costing the firm $180m a year.

The list of failures stretches from missing blueprints to crucial anti-blowout devices being wrongly installed. In recent years – the report notes -these have resulted in  “repeated near-misses” and two serious incidents.

When contacted by Unearthed BP failed to confirm if and how the concerns in the report had been acted on.

The document has raised alarm amongst experts and politicians. It comes days after news that BP has approved a $9bn push to re-enter the Gulf of Mexico. The firm holds a significant stake in the Mad Dog oil field in the Gulf of Mexico.

Democrat Representative Raul Grijalva, who sits in the House of Representatives Committee on Natural Resources, reviewed Unearthed’s findings and said:

“BP’s attitude seems to be that disasters like the Deepwater Horizon oil spill are the cost of doing business, which tells me we need to crack down even harder than I thought. No company with BP’s international reach should be able to shrug at safety and maintenance issues and pass on the very high costs of their indifference to the rest of us.

“The incoming Trump administration has shown no interest so far in fighting polluters or maintaining our health and safety standards, and I’m concerned that BP’s negligence could become an industry standard with catastrophic results,” he added.

However a spokesperson from BP said the concerns are not substantiated by the internal report.

Noting that the company’s safety record for serious events had improved in recent year, he said: “This particular report focused on potential enhancements to how BP manages engineering data. It is not an analysis of any operational incidents, and any suggestion that this report indicates BP is wavering from its safety commitment is wrong.”

The firm declined to comment on any of the specific information failings highlighted in the document.

The report warns that systems designed to prevent problems are so weak there is a real risk of leaks or vapour cloud explosions, and that the problem “requires urgent attention.”

Renowned safety expert, Berkeley professor and former BP consultant Professor Robert Bea analysed the leaked report, and claimed many of the issues raised were similar to problems he had identified in BP more than a decade ago. He said is was clear that the company had failed to act on previous recommendations

“It is clear that BP have again failed to act on recommendations and address the issues raised. These failures could have very serious effects on the safety of the refinery operations,” he said.

“These failures could have very serious effects on the safety of the refinery operations,” he said.

The report, which involved interviews with over 150 stakeholders at nine BP sites and was compiled in partnership with IBM and WorleyParsons, was produced in August 2015.

The investigation identified around 75 incidents caused by mismanagement of engineering information, estimating those problems to have cost the company losses of up to $180m a year.

In fact, in a startling finding the report reveals that 80% of those working on engineering information inside BP told researchers that they did not believe data management was given “adequate priority or resource to be safe, reliable and efficient.”

Standards in the company’s upstream work were deemed better than downstream, but still 29% of all those interviewed in upstream production, including those on oil-drilling platforms, told investigators that they considered crucial data to be inaccurate.

Of the 500 recent incidents examined in the report, 15% had poor engineering information as a root cause or contributing factor. The report adds that “root causes and contributing factors in the 15% are agreed by sites and central teams to be increasing the probability of incidents.”

“The conclusion is urgent attention is required to resolve the engineering information integrity issues,” according to the report .

When contacted by Unearthed BP failed to confirm who saw the report and what action, if any, was taken.

The leaked report also  revealed that a hazard and operability study at the Mad Dog site, which BP just decided to push ahead with, took twice as long as it should have due to missing engineering information.

A litany of incidents

Mad Dog is not the only project cited in the report as beset by difficulties.

In January 2014 at BP’s oil refinery in Whiting, Indiana – the sixth largest in the US – failures to properly record data led to a serious near-miss . That one accident cost BP $258m in lost production, according to the report .

Later that year the same plant spilt up to 1,638 gallons of oil into Lake Michigan, though this incident was not mentioned in the leaked document. The refinery also experienced a small blaze following an explosion later that year and was shut down briefly in August last year after holes were reportedly discovered in the distillation unit’s piping .

A previous review of information management at the plant found 70,000 missing files and 2,700 unaccounted-for technical drawings, with BP staff having to chase retired employees to locate missing information.

Other sites also experienced significant engineering problems, according to the internal inspection.

At the Geel site in Belgium, a chemical production centre, crucial relief valves were found with the wrong parts and settings and in some cases were missing altogether.

At BP’s chemical plant in Hull, UK, inspectors noted that critical blueprints and mapping documents could not be found “and had gone missing during critical operational activities where they were required.” They also reported the case of a piece of equipment that was not operated correctly, causing damages worth $35-45m.

An oil refinery site at Cherry Point, Washington, USA had similar issues, “There is no common material master or single aggregated list of safety critical equipment and there have been instance where getting replacement equipment up and running was compromised due to incomplete data”, according to the report.

Those findings came just five years after the same plant had been penalised by the State of Washington for 13 serious safety violations, which included specific mention of failure to keep accurate engineering drawings and data.

Elsewhere, BP Lingen oil refinery in Germany had seen “repeated near misses” because bad data had led to equipment being used improperly.

Missing documents have also had a serious impact on processes within several of their sites.

Hazard studies were branded “very inefficient” by inspectors with a lack of “readily available engineering information”. Those problems had resulted in significant delays  to sign off at sites like the massive Mad Dog platform, an offshore rig in the Gulf of Mexico. Completion of safety plans took more than twice as long as it should have when crucial documents could not be located.

A BP spokesperson responded to Unearthed’s queries on the report saying “BP is committed to safe, reliable and compliant operations. With that in mind, BP regularly conducts internal assessments in an effort to make improvements to its operations.

“BP is dedicated to continuous safety improvement and is introducing new training programs, deploying innovative technologies, and strengthening its safety culture – all in an effort to provide overlapping layers of protection.

“And it’s working: over the last five years, BP’s safety record has steadily improved. The company’s total number of Tier 1 process safety events – the most consequential events involving an unplanned or uncontrolled release of materials – continues to fall and is below the average for the industry.”

The incidents noted in the leaked BP report are the latest in a long line of issues which were also linked to data management.

Greenpeace analysed three BP reports covering environmental incidents involving the firm and found information management was highlighted in all of them.

In 2005 a vapour cloud exploded at BP’s Texas City refinery killing 15 workers and injuring more than 180 others.

An independent analysis of the disaster found issues with the plant’s information management. “Changes made to processes, equipment, procedures, buildings, and personnel at the refinery were not systematically reviewed to ensure that an adequate margin of safety was maintained.”

The report also notes: “A ‘check the box’ mentality was prevalent at Texas City, where personnel completed paperwork and checked off on safety policy and procedural requirements even when those requirements had not been met.”

An audit of the plant the year before had graded the plans as “poor” when it came to how incident investigation information was analyzed to monitor trends and develop prevention programs.

In a second case Greenpeace looked at reports around the Atlantis – an upstream production facility in the Gulf of Mexico, owned by both BP and BHP Billiton.

In 2010, a former BP contractor, Kenneth Abbott, filed a lawsuit against BP alleging the company did not maintain copies of engineer-approved drawings for Atlantis, and that this lack of documentation created imminent and significant safety risks.

An investigation by the Bureau of Ocean Energy Management Regulation and Enforcement (BOEMRE) found the site’s database was “disorganized and inadequate to handle the large volume of documents”.

It has since come to light that the inspectors also found that BP did not ‘have a complete set of … engineering documents for the Atlantis facilities that are currently in operation.’ The engineers also found gas leaks, burn marks, and hydrates on wellheads, all of which are symptoms of more serious well-integrity problems.

Abbott and Food & Water Watch brought another case against BP in 2014 which was dismissed. They are now appealing that decision and the case is due to come back to court in January 2017.

“From the Deepwater Horizon to explosions in U.S. refineries, BP has shown time and time again it has a questionable record on safety. This company is drilling in some of the most fragile environments in the world, under extremely perilous conditions, but it has shown nothing but contempt for the environment and public safety.”

BP’s most well-known disaster is the Deepwater Horizon spill of 2010, in which 11 people were killed and around 4.3 million barrels of crude oil were spilt into the Gulf of Mexico, according to court records.

The explosion on the rig was caused by a complex series of factors, but among them features information management.

The official report into the disaster notes “BP’s system “forgot to be afraid.” The system was not reflective of one having well-informed, reporting, or just cultures. The system showed little evidence of being a high-reliability organization possessing a rapid learning culture that had the willingness and competence to draw the right conclusions from the system’s safety signals.”