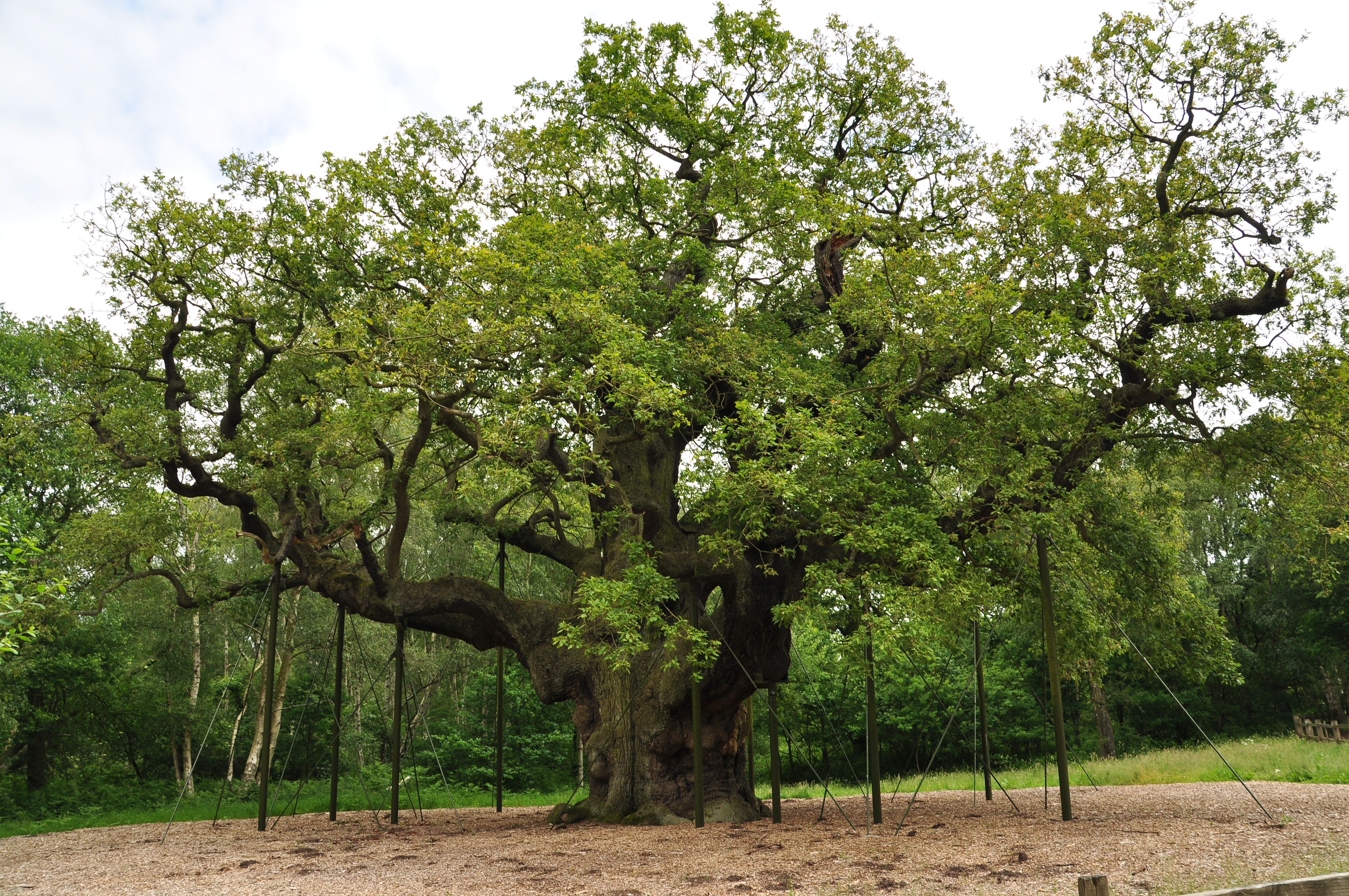 The UK’s leading fracking company has been accused of threatening landowners into giving it access to conduct exploratory work, an Unearthed investigation has found.

One of the landowners is the National Trust, which received legal threats from chemicals and fracking firm Ineos, after refusing permission to explore for gas on its land at Clumber Park in Nottinghamshire.

Emails obtained under freedom of information also reveal that the British Geological Survey (BGS) wrote to  Ineos in September asking the company to investigate allegations of ‘bullying’ behaviour.

The BGS – which is responsible for mapping the UK’s oil and gas reserves – told Ineos to stop using its name when speaking to landowners and said that the allegations were a risk to its reputation.

Ineos has denied any bullying but accepted it had referred to the BGS and recourse to legal action when communicating with landowners.

John Mann MP, whose Bassetlaw constituency contains Clumber Park, told Unearthed: “Suggestions that people have been bullied into allowing access to their land are shocking. These allegations should be properly investigated and Ineos should apologise for any distress caused”

“I am also totally against plans to frack in areas of natural beauty and historical importance and believe in the right of local communities to have the final say on any fracking application.”

Ineos holds more exploration licences than any other fracking company and plans to explore for shale gas across Northern England, including seismic testing in Sherwood Forest, Nottinghamshire.

This uses sound waves from controlled explosions or vibrating trucks to map out the scale and location of gas reserves.

The proposals have sparked controversy, with one of the areas earmarked for testing just 200 meters from the Major Oak, the 1000-year old tree in which – according to local legend – Robin Hood hid from the Sheriff of Nottingham.

Ineos has been refused access to conduct seismic tests in at least one location in the area, with the National Trust blocking access at Clumber Park – 3,800 acres of woods and heathland north of Sherwood Forest – because of concern that it would encourage future drilling.

Unearthed understands that Ineos has threatened the National Trust with legal action under the Mines (Working Facilities and Support) Act 1966 if access is not granted.

Tom Pickering, operations director of Ineos Shale, confirmed to the Sunday Times that the company had warned the Trust that it could use the act, but said he hoped negotiations would continue.

“If we cannot achieve access by negotiation, then the provisions under this act are available to us and we would pursue them”, he said.

View the map of the seismic survey area here.

According to the emails, the British Geological Survey received complaints from a source in September accusing Ineos of bullying landowners into providing access to their land.

In the emails the BGS asks Ineos about allegations the firm made legal threats against landowners and – in particular – that it used the BGS name, referencing the public body’s powers to override objections under the geological survey act.

The BGS asked the company to investigate and to stop using its name in communications with landowners.

The email also expressed concern that Ineos had referred to an official seismic survey – the National Geophysical Survey – in its communications with landowners. Potentially risking the impression that Ineos’ private testing was part of an official survey.

“Should any of these allegations be substantiated for the BGS, not only could this jeopardise the NGS as a whole, but future surveys that BGS conduct outwith [sic] the NGS. It also risk [sic] our impartial and independent reputation and is not how we conduct our public national good role”, it said.

A spokesperson for Ineos told Unearthed: “ We have indeed mentioned that the BGS could undertake seismic surveys under its powers however this was in the context that our financial offer was better than the fee the BGS would pay.”

Further documents seen by Unearthed reveal that Ineos has been exploring options for overcoming the problem of landowners refusing access for over a year.

Notes from an October 2015 meeting between Ineos chief executive, Jim Ratcliffe, and then secretary of state for business, Sajid Javid, reveal that:

“Industry and INEOS in particular, had previously been pushing for government action to mitigate or resolve the issue.”

However, according to the meeting notes, Ineos had then come up with another way of tackling the problem: “INEOS has proposed a national programme of geological surveys led by British Geological Survey using powers BGS already has, which BGS is prepared to consider.”

The BGS possesses powers under the geological survey act to gain compulsory access to land, although a spokesperson told Unearthed that it would be exceptional for it make use of them.

In his reply to the BGS, Ineos director Patrick Erwin said that the consultants his company had hired to negotiate with local landowners, Fisher German Priestner (FGP), had acted appropriately:

But Erwin confirmed that landowners had been informed of possible legal action if access was refused:

“FGP have also been clear that while INEOS’ preference is always to secure access through reasonable agreement, if necessary – for the exploration of an area – INEOS use the [sic] provided  for in Petroleum and the Mine Working (Facilities and Support) Acts to ensure adequate coverage in an area,” he said.

He also told the BGS that the allegations had likely come from opponents of fracking: “We don’t want to give the impression that INEOS does not take allegations of this sort seriously, only that we have to accept that we will be dealing with these types of allegations from people with particular agendas”.

Erwin was originally on secondment at Ineos from the department for energy before joining as a director.

The BGS then replied to Ineos telling it to stop using the its name and National Geophysical Survey in its communications with landowners.

“This for us is a risk as NGS/BGS are being mentioned in association with the INEOS survey, especially since we have taken a decision not to participate in survey acquisition under the NGS”.

“It would be appreciated if you could stop FGP using the BGS/NGS name in the East Midlands with immediate effect.”

A spokesperson for Ineos told Unearthed: “In gaining access to land for seismic surveys we have two avenues we can pursue; commercial agreement and the exercise of rights under the Mines (Working Facilities and Support) Act 1966.  We have discussed each of them with landowners. Rights under the Act are similar to those enjoyed by utility companies where access is required for national benefit if access is withheld by a landowner.”

“Although we have had a very positive response amongst most landowners that we have approached, we anticipate that we may need to exercise those access rights in some discrete areas”, he said.

A spokesperson for the British Geological Survey said: “The allegations of bullying and use of the BGS name by INEOS were raised by a telephone call to our Press Office from an anonymous person in September 2016. BGS then asked INEOS to investigate the claims, including the alleged improper use of the BGS name in any activity.”

Ineos requested that its statement be provided in full:

Response to questions from Greenpeace Unearthed relating to Seismic Surveys in Nottinghamshire.

As part of being granted Petroleum Exploration and Development Licences, Ineos has obligations to carry out agreed exploration activity, including seismic.  In gaining access to land for seismic surveys we have two avenues we can pursue; commercial agreement and the exercise of rights under the Mines (Working Facilities and Support) Act 1966.  We have discussed each of them with landowners. Rights under the Act are similar to those enjoyed by utility companies where access is required for national benefit if access is withheld by a landowner.

Although we have had a very positive response amongst most landowners that we have approached, we anticipate that we may need to exercise those access rights in some discrete areas.

We have indeed mentioned that the BGS could undertake seismic surveys under its powers however this was in the context that our financial offer was better than the fee the BGS would pay.

We were invited among other companies, by the British Geological Survey in July 2016 to express interest in participating in a National Geophysical Survey and we duly expressed an interest. However it would not have applied to our East Midlands survey as the NGS survey arrangements would likely not have been concluded before we wanted to make a start.

The BGS did write to us to ask that we did not reference the NGS in our discussions with landowners in the East Midlands and we confirmed our position with them.  We have though offered to make the survey results available to the BGS under the terms that would apply if the survey had been acquired under the NGS.

We expect to start our East Midlands survey in the next few months.