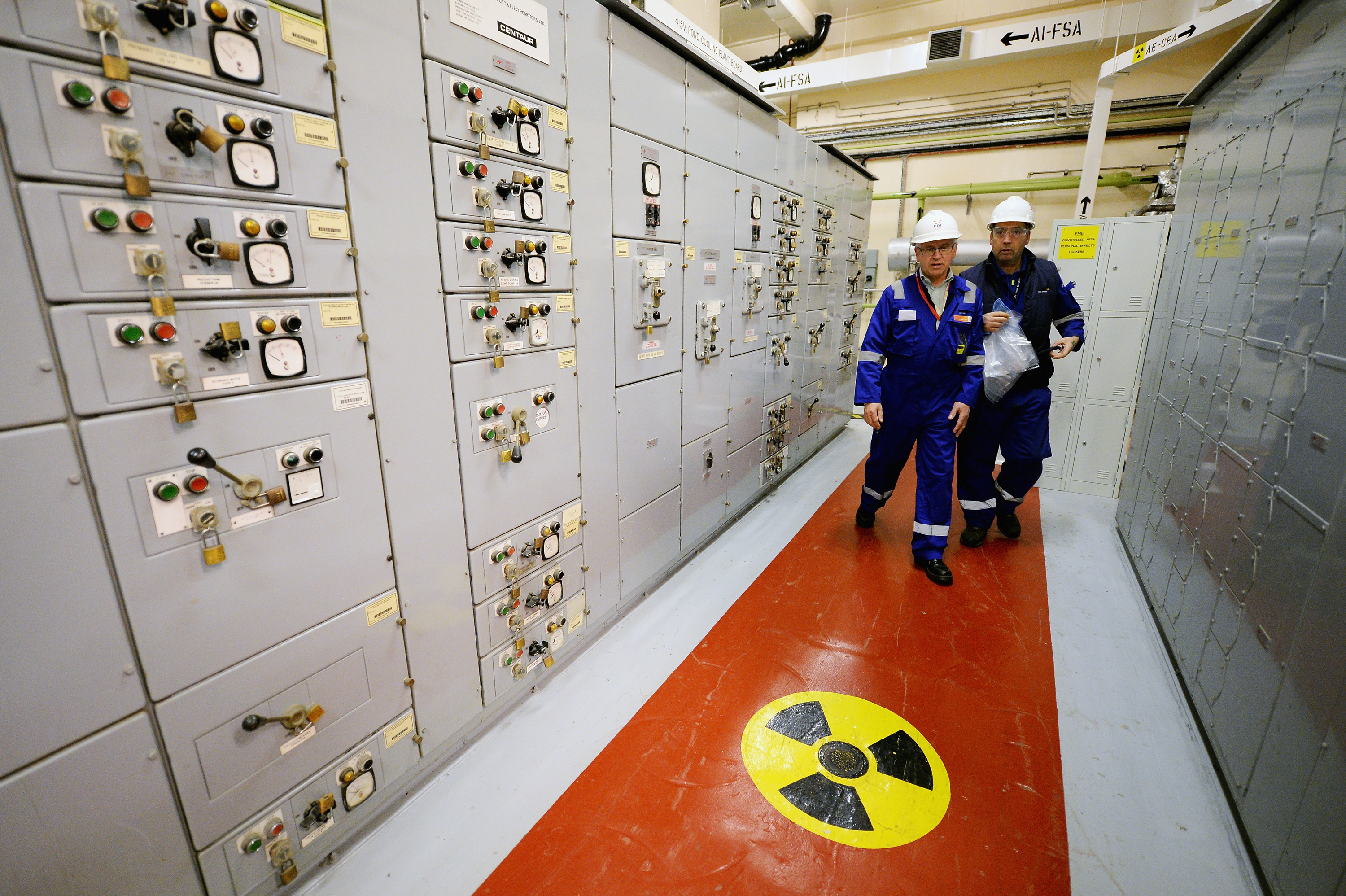 It would appear that the UK government’s nuclear power policy is taking another hit.

Tomorrow Toshiba is expected announce that it’s pulling out of the NuGen project, taking 60% of the funding for the 3 reactors planned for Moorside in Cumbria with it.

Right on cue, stories have appeared in the press saying that government is thinking about or even ‘under pressure’ to inject huge amounts of taxpayers cash into the project in order to get it built.

The same issue is emerging over at the proposed nuclear project in Anglesey.

One of these reports says “proposals for public investment [are] being pushed primarily by industry rather than ministers.”

Now let’s get this straight: If the UK government takes a stake in these projects, it would be expensive.

A 25% share in both NuGen and Anglesey could cost over £7 billion — and that’s before taking into account the cost overruns synonymous with nuclear projects.

This would still leave over £20bn other investment to find, but is a substantial commitment of public money.

So it is worth spending a few moments to consider why direct government funding of these nuclear stations is such an eccentric and ill-conceived idea.

First, why do these projects need public funding?

The obvious answer is that private investors think they are too risky and too poor a return, even at the high price of £92.50 (2012 prices) that EDF got for their Hinkley Point plant.

Why are they risky?

Well, one of key reasons Toshiba is in financial trouble is that its reactor design, AP1000, has never been completed and operated, and is actually more costly and difficult to build that it thought.

Which is likely why the other private investor in the Moorside consortium, Engie, is also reportedly trying to pull out.

Meanwhile the Japanese company Hitachi are planning to build the proposed plant in Anglesey.

In their favour there are 4 ABWR reactors built in Japan, but the reliability has been poor.

The 2011 accident at Fukushima closed down all Japanese reactors, but according to IAEA the load factor – the proportion of time the reactors were generating power – for those ABWRs in the period between 2007-11 had been below 50%.

So neither proposed plant is crying out as a good bet for a private investor. So why would it be a better investment for government?

Second, it might be considered that government involvement would lower the interest rate and reduce the cost.

Indeed it would, but if one sets aside the consideration that other detrimental things are being done to reduce government financial liabilities, what’s special about nuclear?

Solar, offshore wind, tidal power and heat networks would help with decarbonisation, are all capital intensive, and would have costs reduced for billpayers if government got involved. They would also likely value this kind of support.

So the only reason for this marked departure from normal economics is because the UK government considers that nuclear has a “crucial role” in decarbonisation of the power sector.

Because their own (unpublished and therefore unverifiable by informed external experts) “analysis tells us that decarbonisation of the power sector can be achieved most cheaply, securely and reliably if nuclear remains a core part of the UK’s energy system”.

This is an increasingly contentious statement.

Other cheaper forms of low carbon power have had their funding stopped because “as costs continue to fall it becomes easier for parts of the renewables industry to survive without subsidies. We’re taking action to protect consumers”.

This taking action to protect consumers does not extend to nuclear power, where the real costs have not come down in 50 years, and despite the hype there appears to be no prospect of them doing so.

Government has also failed to pursue other, cheaper forms of decarb like energy efficiency.

And even other forms of low carbon power are undercutting nuclear, with offshore wind set to be cheaper than nuclear long before the first nuclear power station is built.

Intermittency can be dealt with to a significant degree solved by combination of interconnection (see below), demand response and storage, the latter of which are coming down sharply in price.

Bloomberg now talk about ‘base cost renewables’ as being the most sensible basis for low cost power in the future, and the argument that we need the kind of ‘baseload’ power that nuclear provides has been dismissed by former head of National Grid as outdated.

Interconnection is very valuable to UK consumers, and although hard to estimate the actual household savings, it is probably tens of pounds per year.

It lowers bills because the UK is currently part of the single EU market in electricity, something it appears UK government may be keen to retain as part of Brexit negotiations.

But if we’re part of a single market we’ll need to stick to the market rules, and direct state funding of new nuclear power stations is not obviously compatible with that.

So the proposal to directly fund expensive nuclear, in addition to the direct costs, would sacrifice membership of the single market which saves hard-working families at least tens of pounds per year.

There simply is no case for a special case for nuclear.

If it can’t survive the market disciplines that other forms of generation have to achieve, there are better alternatives now available, and there’s no reason to subsidise it.