Factcheck: Are there really 40,000 air pollution deaths a year? 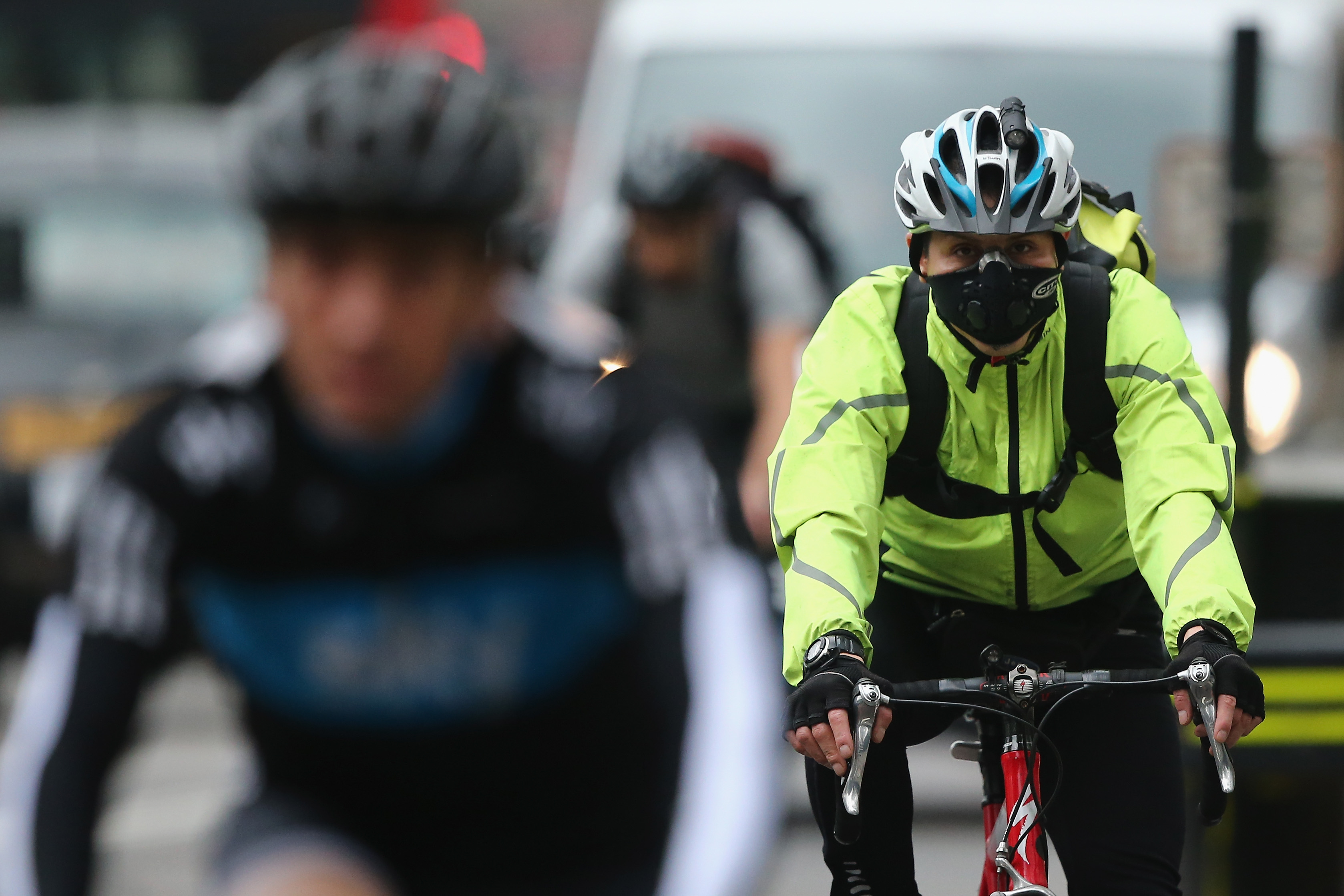 But can these figures be trusted — and what do they actually mean?

It’s actually easier to say what they don’t mean.

They don’t mean that anybody has “air pollution” as a cause of death on their death certificate. Nobody has died exclusively from air pollution.

But toxic air is cutting lives short – and making them harder to live.

The most cited figure in the UK media comes from a report by the Royal College of Physicians (RCP), published in 2016.

A figure attributing 9,500 early deaths in London to air pollution is also widely used. This comes from a report by King’s College London.

The sources are credible. But the methodology is complex — and tricky to communicate.

According to the RCP report: “The annual mortality burden in the UK from exposure to outdoor air pollution is equivalent to around 40,000 deaths.”

Note the word equivalent; we’ll come back to that later.

The RCP study in fact combines two figures: 29,000 deaths that are attributed to particulate (PM) pollution and 11,000 attributed to nitrogen dioxide (NO2).

The 29,000 number comes from a report, published in 2010 (pdf), by the Committee on the Medical Effects of Air Pollution (COMEAP), a group of experts that advises the government. The report was government funded and produced with the Institute of Occupational Medicine.

While RCP uses the word “equivalent”, COMEAP talks in terms of “attributable” deaths.

To understand what this means, it is more accurate to speak in terms of lives shortened, rather than deaths caused.

After all, Anthony Frew, a professor in respiratory medicine expert at the Brighton and Sussex Medical School points out: “People don’t live forever. If you stop them dying, you don’t prevent their death, you postpone it.”

But while a car crash can be said to be the exclusive cause of an individual’s death, nobody is dying purely as a result of air pollution.

It could well have had a significant impact on somebody who died from heart disease, but it’s likely that other factors, such as diet or exercise, played a part too.

Instead, the toxic pollutants in our air affect everybody a little bit, and some people – the young, elderly and those with respiratory and cardiac conditions – significantly more.

These are years lost across the whole of the population — an average of three days per person.

If this loss of life – which is purely the result of PM pollution – is then collected together, it can be broken down and applied to different smaller groups of people.

So it is equivalent to:

Hurley explains: “340,000 years of life lost is equivalent to 29,000 deaths at typical ages… Just remember that many more people are affected in reality.”

In 2015, Defra issued guidance that attributed 23,500 deaths in the UK to NO2 pollution. But because there is an overlap between the two pollutants, the RCP reviewed government and other available evidence and estimated the figure for NO2 should be 11,000 — making the total overall figure 40,000.

But Frew is not convinced there is enough evidence – even though the RCP report was  reviewed by experts from universities across the UK and endorsed by England’s Chief Medical Officer.

“The extra 11,000 deaths is speculation. My reading is that there is no proof. People don’t really understand if the effects on health are the result of NO2 or from other pollutants that come from the same sources.”

Government advisors at COMEAP are yet to put a figure on the mortality impact of NO2.

They released a statement on the matter in 2015:

“Evidence associating NO2 with health effects has strengthened substantially in recent years and we now think that, on the balance of probability, NO2 itself is responsible for some of the health impacts found to be associated with it in epidemiological studies.”

COMEAP is planning to publish a report quantifying the impact of NO2 later this year.

David Spiegelhalter, a leading statistician at the University of Cambridge, told Unearthed that the methodology used to attribute deaths to air pollution is “a methodology that is widely used to communicate the impact of factors that influence our health.”

Spiegelhalter also points out that the 2010 COMEAP study, in turn, uses data collected by a 2002 study from the US, which calculated that for every 10 micrograms of extra PM pollution per cubic meter (mPM), death rates increased by 6%.

The study was comprehensive, assessing half a million adults living in cities over 16 years.

But in the cities assessed, all recorded levels of PM fell within a range from 7 to 30 mPM – the data provides no evidence of the harm caused to health below this level

And in the COMEAP study the 6% increase in death rates is applied to all levels down to 0 – even though it indicates that 60% of the harm from PM in the UK occurs below 7mPM.

Frew believes that this means that the only proven figure for “attributable” deaths for PM pollution in the UK is not 29,000 deaths but 11,000.

But the World Health Organisation has long stated that there is no safe level for particulate pollution.

So is it fair and accurate to say that 40,000 deaths are caused by air pollution?

“I would strongly say that yes, air pollution caused those deaths. It’s not as simple as it seems, but air pollution does kill people, and I do think it’s a fair way of summarising the mortality effect on the population.”

But Frew disputes this

“The committee knew when it published this study that there was a risk of it being overinterpreted – and in my view that is what has happened. Although statistically it is the best way of looking at it, the basic data does not say that 40,000 people have died. The public discussion has shorthanded the whole issue. There is loss of life from air pollution but the discussion of deaths isn’t helpful – we should be talking about the impact on people’s lives”.

Spiegelhalter says: “None of these numbers are the ‘correct’ way of summarising the impact of a chronic hazard that tends to affect people who already have an illness. The main conclusion is that many more than 29,000 individuals are affected.”

It shouldn’t be hard to demonstrate that toxic air is having a widespread detrimental effect on the quality of life of the UK’s population.

From the stunting of children’s lung growth to dementia in the elderly to  heart disease, asthma and eye irritation, there is plenty of evidence for the public debate to consider.