The robots are coming: Why we need to talk about automation 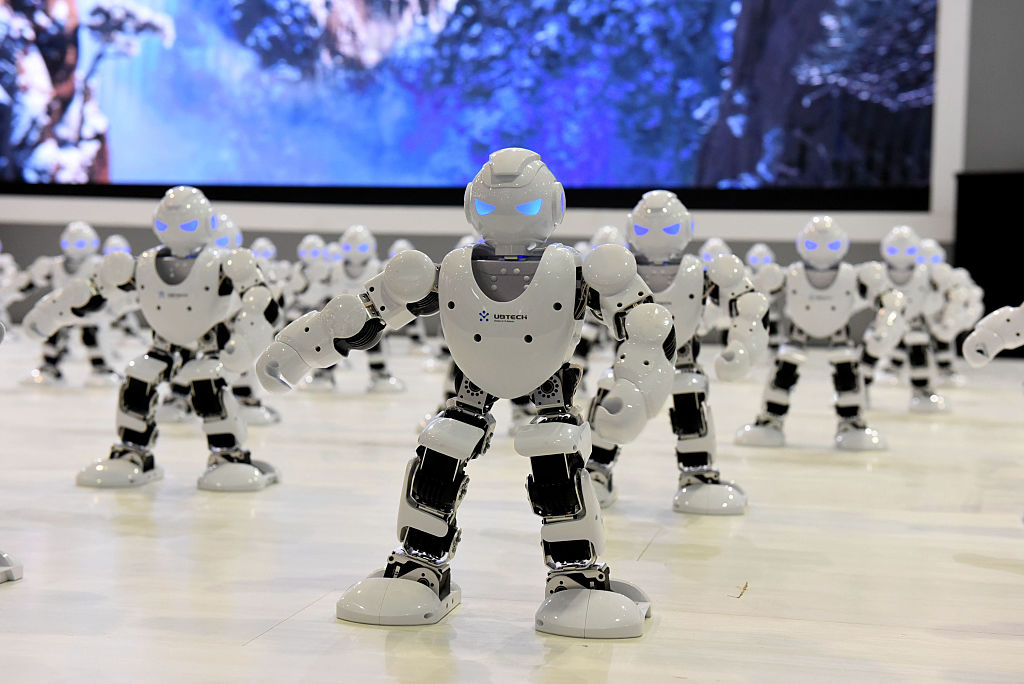 “We stand on the brink of a technological revolution that will fundamentally alter the way we live, work, and relate to one another.”

There a groundswell of comment emerging of late heralding a new era of industrialisation. This new trend – sometimes described as the 4th Industrial Revolution – will supercede everything that has gone before, in its scale, scope, and impact on previously untouched systems.

In the near term, however, some sectors will feel the force of this revolutionary fervour sooner than others.

Driverless cars appear on the verge of major breakthroughs that will lead to mass production and penetration in the global car fleet, if the R&D activities of Elon Musk and others are to be believed.

Such technology not only has implications for unionised taxi drivers and their more precarious Uber cousins, but also the surprisingly large constituency of long distance truck and van delivery drivers — which currently holds the title of the most common job across 36 of the 50 states in the US.

The concept of ‘lights out manufacturing’ – in which so called ‘dark factories’ are entirely mechanised to the extent the need for lighting becomes superfluous –  is moving from an obscure philosophical prospect to a real-world model of industry.

In this economy the traditional functions played by generations of relatively low-skilled workers will no longer be needed.

Wave upon wave of mass unemployment could follow, leaving a global workforce penniless, bored and angry.

This is how parcel sorting facilities in China work pic.twitter.com/7dn3Ryqs4L

And what are the implications for the environment?

But one consequence of the path towards this new industrial revolution is a near-term, tangible and possibly overlooked threat: Conflation, in which the transition away from fossil fuels becomes a casualty of a push back against the economic consequences of a workforce suddenly facing the prospect of their skillsets being made redundant.

We have seen hints towards this trend most recently in both the UK’s decision to leave the EU and in the election of President Trump.

This is a political issue, with regulation to safe-guard the environment a convenient scapegoat for the economic hardship endured by working class communities struggling to adapt to a fast moving global economy.

In the UK, a vote to leave the EU was (in part) a vote to be rid of the red tape handed down by the bureaucrats in Brussels — red tape that safeguards drinking water, air quality and creates incentives to reduce carbon emissions.

In the US, a key message from Trump’s campaign for the presidency was that he would slash the regulatory burden of environmental policies; he has so far proposed a 30% funding cut for the Environmental Protection Agency, and rolled back on tightening vehicle emissions standards introduced by President Obama.

The political backlash is arguably little to do with these environmental standards — but they are the victim of it nonetheless.

Jobs of the future

Before rushing to join the barricades against the onslaught of the machines, however, it is worth taking a look at the official forecasts for what might happen in the next decade.

The US Department of Labor has collected a wealth of data on such topics, with some interesting projections that don’t necessarily fit the dystopian worldview of a workforce suddenly left idle.

There is, for example, a forecast list of the 30 fastest growing jobs in the US from 2014 – 2024. Each job in this list gives a fascinating glimpse of how the landscape of the US job market is likely to change in the coming years, but there are a few particular points that deserve highlighting.

This might reflect the unique approach to healthcare in the US, where choice is paramount, assuming you can pay for it.

It might also suggest a more universal point that the human aspect of healthcare provision is something that will be particularly resilient in the context of the new machine age.

We’re not even close to ready for a machine to nurse us back to health, even if the machine is less likely to get our meds wrong.

Buried in this list of healthcare jobs is the startlingly titled job of ‘genetic counsellor’, who assess individual or family risk for a variety of inherited conditions and advise on options for managing these conditions and for family planning.

What the growth of such a role in a private medical system portends for the future is a discussion someone should be starting, but elsewhere on the internet.

Topping and tailing this list are the windfarm and solar power technician jobs.

Wind power technicians are projected to grow by more than 100% over 10 years (from 2014-24) — though it’s important to stress that it’s not workforce growth not workforce size.

Meanwhile, 29 of the 30 fastest-declining jobs over that same period of time are manual labor jobs that involve operating a machine or manually contributing to the smooth operation of a larger manual system — like postal workers.

Has the worst already happened?

What is perhaps most surprising appears in a further table from the Department of Labor that ranks different occupations in terms of total job growth projected.

Manufacturing does indeed see a reduction in total employment, of just under 7% over the decade. But this is actually a lower reduction than in the previous decade of 2004 – 2014.

And growth projections for construction and mining are indeed up, suggesting that the cliff edge scenario that suddenly renders millions of jobs redundant as the machines take over could turn out more like a decline at a manageable gradient, in which there is still time to transit from old to newer industries.

There are obvious reasons why we shouldn’t take this relatively optimistic conclusion at face value.

There is no analysis in these numbers of the geographical spread of jobs that will be lost and jobs created. It is unlikely they will serendipitously match up.

It would also be foolhardy to draw any hard conclusions from one set of relatively old forecasts, particularly given the unexpected change in US administration since these forecasts were made.

There has been more than a 20% decline since 2014 in coal mining jobs for example.

And there is no accounting in these forecasts for other pressures bringing about declines in different sectors.

The small matter of the flight of manufacturing jobs due to globalisation for example, which was a key pillar of Trump’s successful presidential election campaign, or global economic slowdowns such as the consequence of the 2008 financial crisis.

The main reason for concern from a climate perspective however is that the likelihood of the cliff-edge scenario is in part mitigated by a projected increase in employment in mining and construction, two of the most carbon intensive industrial sectors around.

These are exactly the kind of industries activists and policy-makers will need to confront over the coming decade if we are to stay within touching distance of limiting global temperature increase to below two degrees.

In which case, there is indeed a tangible threat from this new age of industrialisation.

It’s not the political threat of conflation, but rather that manual labor jobs will increasingly come under pressure from two directions: the need to decarbonise to save the planet, and the need to mechanise to remain competitive in this new technological age.

While both are driven by a compelling logic, when the need to tackle climate change is set against the imperative of economic growth, climate never comes off well.

It is therefore the task of environmentalists (and everyone else for that matter) to think through now – while there is still time – how we avoid the conflict in the first place.

It makes the development of a truly just transition even more urgent than before.

It means engaging across the debate on how mechanisation and decarbonisation can be achieved in tandem, promoting the opportunities and advantages of a more decentralised energy system powering the newly mechanised global economy.

And it means forcing governments and corporates to take the threat of de-industrialisation seriously, and account for the needs of those who will lose out.

How to do these things? That’s a longer discussion. The first step though is to acknowledge the legitimacy of the problem.