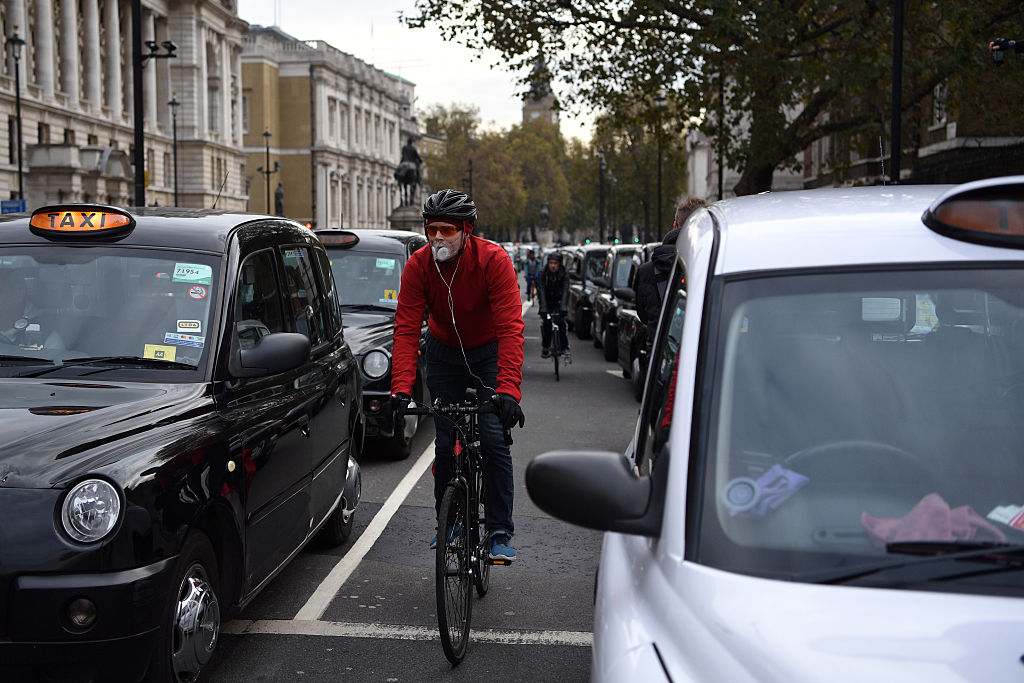 More than 50 marginal seats in the 2017 election are affected by illegal levels of roadside air pollution, an Unearthed investigation has revealed.

The list of marginals affected by high levels of toxic nitrogen dioxide (NO2) pollution includes key London battlegrounds like Brentford and Isleworth and Twickenham, as well as regional seats like Halifax and Derby North.

Unearthed analysis of latest available government data found breaches of the legal NO2 limit in at least 51 of the 111 constituencies where the Conservatives, Labour or the Liberal Democrats came a close second in the last election.

Those worst affected seats include a number of key marginals in places like London, Yorkshire and the West Midlands that the Tories will be hoping to snatch from Labour.

Sign up here to get the latest stories that matter direct to your inbox.

The news comes after the government was yesterday hit with yet another legal challenge over its plans for tackling the UK’s air pollution crisis, just weeks after its new plans were released.

Announcing moves to take the government back to court, environmental lawyers ClientEarth said they had found “major flaws” in the plan which would “seriously jeopardise” efforts to bring the UK’s NO2 levels down to legal limits in the shortest time possible.

Now Unearthed’s investigation has found that many voters in the UK’s most closely fought constituencies are also among those worst hit by the country’s failure to tackle NO2 pollution.

Analysis of the latest available government modelling shows that in 2015 there were breaches of the annual legal limit for NO2 in 329 of the country’s 650 constituencies. Of those, 253 are in local authority areas that the government’s latest air quality plan predicts will breach the limit this year.

In total, there are 51 constituencies among the worst affected where the Conservatives, Labour, or the Liberal Democrats lost in the last election by less than 10 per cent.

London’s Brentford and Isleworth, where Labour has a majority of just 465, had at least 22.7km of roads breaching the legal limit in 2015; Ealing Central and Acton – with a Labour majority of 274 – had 19.3km of breaching roads, with some at more than double the legal limit.

They also include some of the most marginal Tory seats in England, such as Derby North, with a majority of just 41, and Croydon Central, where the Conservatives beat Labour in the last election by just 165 votes.

Sarah Jones, the Labour candidate for Croydon Central, told The Times: “Our schoolchildren are being exposed to high levels of pollution and people have been trodden down into thinking this is the way things have to be. But it’s not.”

Air pollution has risen up the political agenda in this election, driven in part by the government’s efforts to downplay it.

In April, ministers missed a High Court deadline to produce their new air quality plan, then launched a last-minute legal bid to delay publication until after the election, arguing that it would drop a “controversial bomb” into the campaign.

The court rejected that bid, and the Department for Environment, Food and Rural Affairs (Defra) released its plan last month. The plan was widely criticised as “passing the buck” to local authorities by leaving it up to councils to justify any pollution charges on diesel cars, amid reports that Number 10 was “terrified of being seen as anti-motorist”.

Meanwhile, the London Evening Standard yesterday published poll results showing “an overwhelming margin of voters say the government is being too weak on the dirty air crisis”.

Check out the full data here.