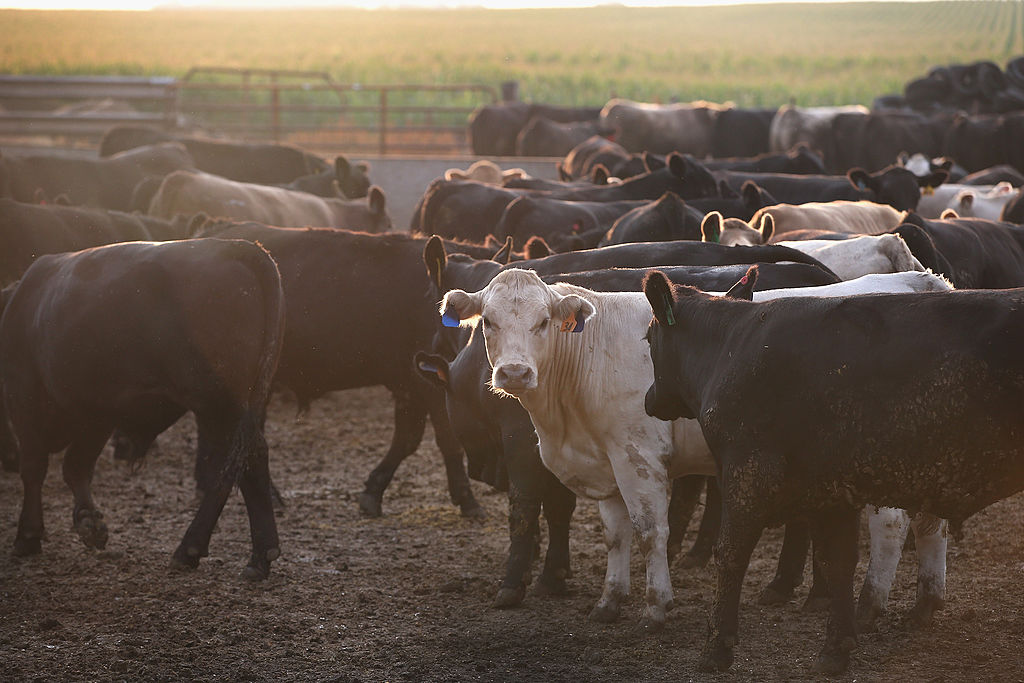 Donald Trump’s nominee to be the United States’ chief agricultural trade negotiator previously called for the US to walk away from trade talks with the EU if it refused to drop its ban on beef reared with antibiotics and growth supplements, Unearthed can reveal.

The news could have implications for the UK’s attempts to strike a post-Brexit trade deal with the United States, with reports suggesting the US agricultural sector wants to weaken UK food standards – including the ban on growth hormones – to help boost its meat exports.

Last week, international trade secretary Liam Fox refused to rule out reversing a ban on the import of chlorine-washed chicken during a visit to Washington to discuss a post-Brexit trade deal.

This resulted in a cabinet split as environment secretary, Michael Gove, insisted that the UK would not compromise on its food standards by dropping restrictions on chlorinated chicken.

Now, an Unearthed investigation has found that two of Trump’s nominees for top agricultural trade positions have strong links to the US beef and growth hormone lobbies. And that these powerful groups are already mobilising in Washington to take advantage of the UK’s need to strike a post-Brexit trade deal.

“Walk away” from talks

Gregg Doud, who was nominated for the US’ top agricultural trade position by President Trump last month, authored a paper in 2013 arguing that the US should “absolutely” walk away trade talks with the EU if it refused to drop restrictions on US meat imports.

Doud previously spent eight years working for the National Cattlemen’s Beef Association (NCBA) – a powerful lobby group that has identified Brexit as an opportunity to lift UK restrictions on the import of beef reared with substances that increase animal growth rate – such as hormones and beta agonists.

Unearthed can further reveal that Trump’s nominee for the new role of under-secretary of trade at the US department of agriculture, Ted McKinney, is a former director at Elanco Animal Health – a major manufacturer of growth hormones and beta agonists.

During last week’s visit to Washington, Fox downplayed the significance of US meat exports to any future trade deal between the UK and US.

But some US trade experts believe that getting rid of barriers preventing the export of US beef, pork and chicken will be a red line for the US in any negotiations.

Speaking to Unearthed, Daniel Pearson, a senior fellow in trade policy studies at the Cato Institute in Washington, said that a post-Brexit deal will not happen if the UK is not willing to drop restrictions:

“The agriculture community here can prevent a UK-US agreement from happening and probably would unless there’s some significant progress on those issues. I can’t see the Farm Bureau and the commodity organisations being willing to say yes, let’s do a deal with the UK under the same terms that we have with the European Union.”

The US maintains that beef and pork reared using hormones and beta agonists is safe and that the EU ban is simply a protectionist measure.

Nick Giordano, vice president of global government affairs at the National Pork Producers Council (NPPC) – a large industry group that focuses on free trade – told Unearthed: “the EU is making arguments that are not based on science, they’re below the belt punches that are belied by the scientific facts”.

He added: “It would be over my dead body that a free trade agreement gets through the US Congress that doesn’t eliminate tariffs on food and agriculture products… and non-tariff barriers”.

The European Commission though, maintains that there is insufficient evidence supporting claims that currently banned animal growth substances are safe.

In a 2009 assessment of evidence supporting a bid by the US to establish a recognised safe intake level for the beta agonist ractopamine, the European Food Safety Authority found “weaknesses in the data” and concluded that: “the study on cardiovascular effects in humans cannot be taken as a basis to derive an Acceptable Daily Intake”.

Ted McKinney, the nominee to be the USDA’s trade under-secretary, held the role of director of global corporate affairs at Elanco Animal Health  – a major manufacturer of ractopamine – between 2009-2014.

In 2012, McKinney played a role in a successful bid to get the UN to adopt levels at which ractopamine should be considered safe.

The motion passed by just two votes and was strongly opposed by the European Union “on the grounds of persisting scientific uncertainty about the safety of products derived from animals treated with ractopamine”.

McKinney was later recruited by Indiana’s then governor, current Vice President Mike Pence, to serve in his cabinet.

As director of agriculture for Indiana, McKinney is a member of the National Association of State Departments of Agriculture (NASDA) – which is calling for the US government to eliminate barriers to US agricultural exports, such as Europe’s ban on growth hormones.

Unearthed’s investigation found that lobbying is already underway in Washington, as the US agricultural sector seeks to ensure that the UK relaxes its restrictions on meat imports from the US post-Brexit.

Senate lobbying disclosures show that, in 2017, the NPPC has lobbied Congress; the US Department of Agriculture and the Office of the US Trade Representative regarding “lifting market access restrictions” to the UK.

The NPPC’s Giordano told Unearthed: “I don’t think I’m the only one who’s been on the other side of the pond, and who’s been talking to US and UK officials”.

Elanco failed to respond to multiple requests for comment.

His nomination to be chief trade negotiator was warmly welcomed by his former colleagues. Senior vice president of government affairs, Colin Woodall, said:

“Gregg has been a friend and colleague for many years, and I can testify first-hand that America’s cattlemen and women will be well-served by having Gregg at the table as agricultural trade deals are hammered out.”

The NCBA believes that Brexit offers an opportunity to finally begin exporting to the UK. Woodhall told CNBC that: “A U.K. agreement will be a good opportunity for us to actually base trade on science rather than just a precautionary principle and undue fear.”

“UK has been under the blanket EU restrictions where they will only take non-hormone, non-antibiotic treated beef”, he added.

Doud’s 2013 paper argued that the US should walk away from trade negotiations with the EU if it refused to drop its restrictions on US meat imports.

Citing the EU’s bans on beta agonists and antibiotics, Doud said: “Are we prepared to walk away from the negotiating table if access is restricted via these other issues? We better be.”

Referring to the European Union, he also said: “we all know who wrote the book when it comes to using non-tariff trade barriers to block imports and protect domestic markets”.

When contacted by Unearthed to verify that this had been his position on trade with Europe, Doud said this was “accurate”, but declined to comment further.