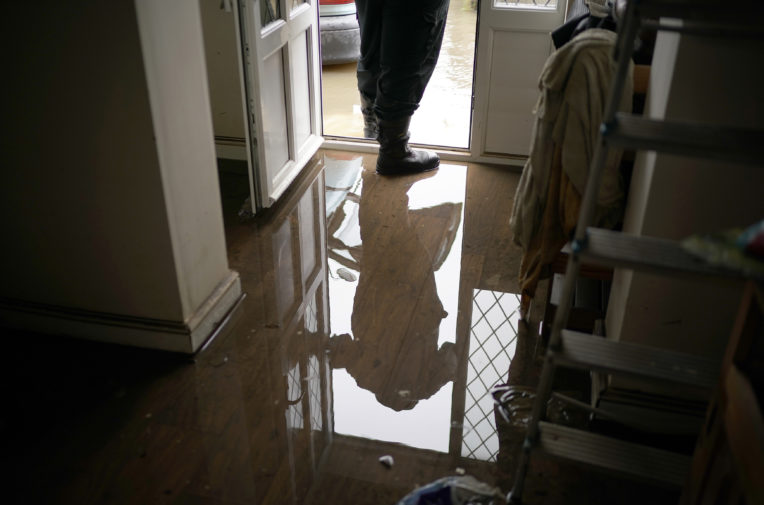 Thousands of homes are set to be built in high-risk flood zones across England, an Unearthed investigation has found, as communities across Yorkshire, Lincolnshire and the Midlands struggle with severe flooding.

What’s the difference between high and medium flood risk?

Severe floods have ravaged parts of the north of England over the past week and climate change is set to increase the severity of flooding in the UK. A report by the government’s advisory panel the Committee on Climate Change, published in October 2018, said that by the 2080s up to 1.5m properties in England could be in areas of significant flood risk.

Laura Hughes, a member of the general insurance team at the Association of British Insurers, told Unearthed that the government’s homebuilding agenda could increase the number of properties at risk from climate change.

“It’s something that’s clearly on the radar of all insurance companies,” she said. “The fact is that flood risk is not going to disappear any time soon, it’s likely to get worse and with the housebuilding agenda, that’s another element which could mean that the number of properties at risk is increased.”

Local authorities may often feel under-pressure to accede to development requests whilst the Environmental regulator has few powers to force authorities to block a decision.

“It should be a real concern to all of us that we still do not know – with full confidence – if new developments will be safe from flooding, or if the safety of existing communities will be compromised by ill-advised developments. If we are to avoid areas thought to be low risk becoming flooding hotspots, especially as climate change increases the frequency, severity and types of flooding we experience, a serious rethink of how we manage flood risk and how we hold key actors responsible is needed,” warned James Porter, a flooding expert at Kings College London.

Recent days have evoked memories of the historic floods in South Yorkshire in 2007 which caused £400m worth of damage in Sheffield and the Lower Don Valley and saw two people lose their lives.

In Doncaster alone, about 500 homes have been flooded and more than 1,200 properties have been evacuated in the last week.

As part of the general election campaign, Labour and the Liberal Democrats have criticised Boris Johnson’s response to the crisis and called on the prime minister to declare a “national emergency”.

Responding to this story, John Healey, Labour’s shadow secretary of state for housing, said: “The Conservative government should act to ensure the homes we are building now do not fall victim to flooding in the future.

“The Tories have cut 60p in every £1 from council budgets. Labour will fund councils properly so they have more capacity to prevent inappropriate development on flood plains, and strengthen the rules to protect homes from flooding.”

Unearthed found that a major development project in a medium-risk flood zone is planned just over a mile from the flooded village.

The DN7 Unity scheme, which has been called a “new town” by Doncaster Mayor Ros Jones, promises to deliver 3,100 homes, a new school, a transport hub, and a marina. The EA has said it has “deployed pumps, people and equipment and sandbagging” at nearby Stainforth in the last few days.

Unearthed approached both Doncaster council and Waystone, the developer behind the project.

A spokesperson for the council said it’s “emerging local plan aims to ensure that Doncaster adapts to the effects of climate change through careful planning and design of developments, avoiding more vulnerable development in flood risk areas and managing the risk of flooding from all sources.”

They added: “the council consults the Environment Agency and other relevant drainage bodies in line with National Planning Policy. Where avoidance is not possible, appropriate mitigation measures are required. For example, this may include requiring land levels to be raised and putting in place suitable drainage arrangements to ensure that surface water run off can be dealt with within a site.”

Meanwhile, figures obtained from the EA through a Freedom of Information request suggest the body may not be able to protect new developments from flooding.

When a developer wants to build on a floodplain, the local authority will send the application to the EA for it to examine. The EA will then send the council a note, which could refuse the application or accept it, but with conditions.

The council has no obligation to go along with this recommendation and doesn’t even have to tell the EA what it decided.

According to the figures obtained by Unearthed, the EA has objected to 14,532 planning applications – equivalent to 246,944 homes – over the last five years. The agency claims that 96% of decisions taken by local authorities were in line with its advice.

Unearthed’s figures show that local authorities only informed the EA of their decisions in 10,050 cases. This means there are another 4,482, or 31% of all those from 2013 to 2018, where the agency has no idea whether its advice was followed. For the most recent period, 2017/18, local authorities did not notify the EA of the outcome of a full 1,185 objections, or 44% of the total for the year.

In a 2012 paper, Prof David Demeritt and Dr  Porter, from the Geography department at King’s, called the practice of discounting the cases where the EA was not aware of the outcomes “statistical sleight of hand”.

Responding to our story, Demerritt said: “With the pressure on housing and all political parties now pledging a major programme of new build construction in the next parliament, the planning system will be key to ensuring those new homes are sustainable and resilient to a changing climate.

“This analysis by Unearthed has identified an important gap in our understanding of how closely local planning authorities are following advice on flood risk from the Environment Agency. Without more consistent reporting of planning outcomes, parliament and the public cannot know whether our planning regulations are operating effectively to protect us from flooding”

Laura Hughes from the ABI told Unearthed: “We don’t actually know how much of the Environment Agency’s information is taken on board by local authorities and confirmation that the changes to that planning has been made in line with their advice.”

She said there needed to be a more transparent process, adding: “This would provide reassurance to insurers and local communities where these developments are being built, that they’ve been built in a suitable way.”

Unearthed selected the 10 English councils with the highest percentage of high flood risk land using the EA’s map. We then plotted sites those councils listed in their five-year plans for housing supply. We also added Sheffield and Doncaster after recent flooding in those areas.

We identified sites in those 12 local authorities with the potential to deliver 9,688 homes, all in areas of high flood risk. The vast majority of these were located in the East Midlands, with a sizeable minority also planned for development in the Thames Valley. Two of those councils, City of London and Rochford, had no homes planned in high-risk zones.

In one scheme, ‘The Quadrant’, local developer Chestnut Homes plans to build 1,515 homes and Boston United Football Club’s new 5,000-seater stadium to the south-west of the town, all in an area of high flood risk.

A spokesperson for Chestnut Homes told Unearthed that the company will commission a flood risk assessment, which will be scrutinised by the EA, and will implement any recommendations.

They went on to list possible flood mitigation strategies: “On a similar site in Boston, this included raising floor levels and flood resistant measures.

“On all sites where these measures have been installed over the past many years, none of the homes have suffered flooding due to the good design and implementation of the flood risk measures, despite them being identified as ‘at risk of flooding’.”

To the west of Boston, another local developer, Broadgate Homes, intends to build 1,138 homes near the ‘North Forty Foot Drain’, a flood drainage channel dug in the 18th century. These homes will all be in a high-risk area, according to the EA.

Unearthed has contacted Broadgate Homes to ask for more details on flood protection for the site.

Further north-west, just outside Lincoln, Lincoln city council is planning a joint development with construction company Lindum Group. This multi-million pound project, dubbed ‘Western Growth Corridor’, will deliver 3,200 homes, a shopping centre, a primary school and potentially a new football stadium, mooted as the new home for Lincoln City. A source at the football club said these plans remain in a preliminary stage and that Lincoln City does not own any land at the site.

Part of the project is in a high-risk flood zone but a spokesperson for Lindum Group told Unearthed that it did not plan to build there. Nevertheless, the entire site is currently under a flood alert from the EA.

In a joint statement, Lindum and Lincoln council argued that their development would deal with flood risk concerns “to the satisfaction of the Environment Agency”.

Unearthed did not include this project in the total figure of homes planned for high-risk flood zones – including them would bring the total to over 12,000.

In nearby Newark, a project to build 2,913 residential units, a care home, nurseries and medical centres is situated predominantly in a high-risk flood zone. Documents submitted to the council as part of the planning process include a letter from the EA to the council raising fears that the scheme may increase flood risk in the area.

A spokesperson for Newark and Sherwood District Council said the council “takes the issue of flood modelling very seriously”.

Unearthed approached Bellway Homes, the company delivering the project, for comment, but is yet to hear a response.

A total of 116 flood warnings were in place for England at the time of writing. Weather warnings are in place across the country and 20,000 troops are currently distributing sandbags in South Yorkshire.

A version of this story also appeared on BBC News and on the Today Programme on BBC Radio 4.