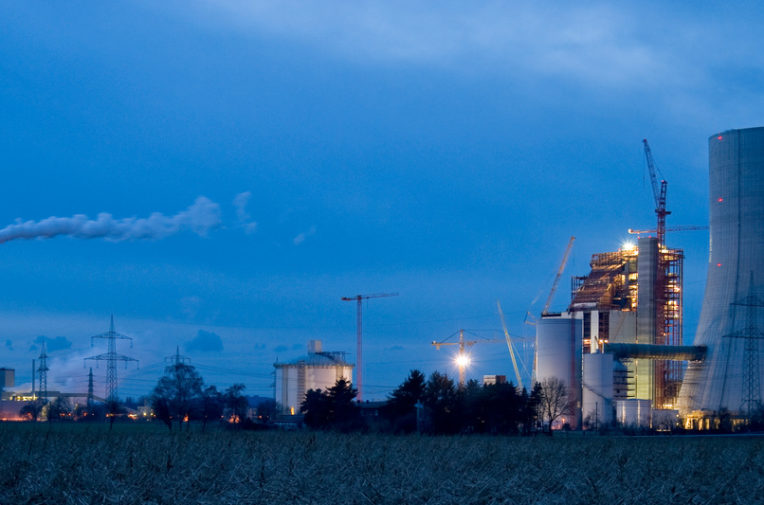 HSBC, Standard Chartered, Barclays and Royal Bank of Scotland have continued to finance companies which are investing in new coal plants even after the Paris climate deal

HSBC, Standard Chartered, Barclays and Royal Bank of Scotland have continued to finance companies which are investing in new coal plants even after the Paris climate deal

UK banks have supported companies building new coal plants with financing worth almost £25 billion since the Paris climate deal, according to data gathered by environmental organisations Urgewald and BankTrack and shared with Unearthed.

The data shows that those four banks supported companies with plans to build new coal plants to the tune of $31.8 billion or £24.7 billion between 2016 and 2019.

Between them, these companies plan to build 174 gigawatts of new coal plants, equivalent to the total operating capacity of the EU and Australia put together. However, industry data is not yet sufficiently transparent to calculate how much of the money is used directly for coal plant construction.

The plans include the Adani megamine in Australia, a controversial new coal plant in Germany and huge coal expansion in Indonesia.

Over the period, HSBC was the biggest coal financer out of all UK banks, with its support worth £8.4 billion. This consisted of £2.1 billion of loans and £6.1 billion of underwriting.

Underwriting is what banks do when companies issue bonds on the public markets. An underwriting bank purchases bonds and then sells them on.

Despite positioning themselves as concerned about climate change Barclays and Standard Chartered actually increased the amount of support they provided in the last two years, compared to 2014-2016.

HSBC, meanwhile, has decreased its support for companies building new coal plants from £8.7 billion to £6.1 billion.

The state-owned Royal Bank of Scotland exited the global coal sector last year, providing no financing at all for companies building new coal plants from January to September.

In 2015 at the United Nations climate conference in Paris, leaders signed an agreement including a commitment to “making finance flows consistent with a pathway towards low greenhouse gas emissions and climate-resilient development”.

The UK will next year host next year’s annual climate conference, billed as the most important since Paris because world leaders are meant to upgrade pledges made in 2015.

Greig Aitken, coal campaigner at BankTrack, told Unearthed: “One year out from the UK’s hosting of the UN Climate Summit, if Barclays, HSBC and Standard Chartered don’t act rapidly to rein in their financing of coal expansion companies, the UK government should take steps or risk turning up in Glasgow with coal dust on their faces thanks to our big fossil banks.

“Compared to their European counterparts, UK banks have stubbornly failed for several years to adequately respond to the worsening climate emergency by at least introducing policy restrictions to significantly curb their sponsoring of coal expansion around the world. Cosmetic policy tweaks no longer cut it.”

The data, which was gathered from financial databases at Bloomberg and Refinitiv and from company reporting, is part of a bigger report that Urgewald and BankTrack plan to publish on the financing of new coal plants globally. They shared the UK information with Unearthed in advance of the final report.

It is based on Urgewald’s list of 258 companies with known coal plant expansion plans, 51 of which received financial support from UK banks.

Between 2017 and 2019, the Finnish state-owned energy company Fortum received more funding from UK banks than any other company with coal expansion plans. It received £2.5 billion from Barclays, mainly in loans, and £1.7 billion in loans from Royal Bank of Scotland, which is itself state-owned.

Fortum recently agreed to take control of the German energy company Uniper in a 2.3 billion euro deal, meaning it will take over the company’s numerous coal plants.

According to Urgewald’s data, Fortum makes only 5% of its revenue from coal and only 3% of the power it produces is from coal. However, Uniper is involved in a controversial plan to build a new coal plant in Germany.

The plant, Datteln 4, is controversial because of the German government’s plan to abandon coal as an energy source by 2038. According to a report from Reuters, the 1.1 gigawatt plant will be allowed to enter service despite the government’s commission recommending that no new coal plants be brought into use.

A spokesperson for Fortum said: “We don’t invest in Uniper because of coal but despite coal. Our goal is to create a leader in Europe’s energy transition. The energy transition will require significant investments in the coming decades not only in renewables, but also in gas, energy storage, and other flexibility solutions to provide security of supply.”

A Uniper spokesperson said that Fortum’s finances were a matter for Fortum but added that the Datteln 4 project had not received any “bilateral loans” from UK banks.

Another state-owned company is second on the list. Perusahaan Listrik Negara (PLN), an Indonesian government-owned utility company, received £1.8 billion in support from HSBC and £746m from Standard Chartered.

Coal plants owned by PLN, amounting to 20 gigawatts, already emit 74 million tonnes of CO2 a year, or around 14% of the country’s total emissions. It plans to develop another 10 gigawatts of coal plants.

According to a 2015 report from Greenpeace, pollution from coal plants has caused the premature deaths of 6,500 people in Indonesia per year. That same report predicted that if plants currently planned in the country are built, this could rise to 28,300.

The company is well-known for its mega-mine expansion plans in Australia, where it is building a massive coal mine. The mine will produce 2.3 billion tonnes of coal over 60 years, according to Adani, making it one of the largest in the world.

The role of finance in driving climate change has come under increasing scrutiny over the last year. In the UK, the issue is of particular concern given British banks’ outsize influence globally – the UK banking sector is the largest in Europe and the fourth largest in the world.

Last month, Mark Carney, governor of the Bank of England, warned that the global financial system is backing projects that will raise the temperature of the planet by more than 4C, far above the 2C limit pledged in the Paris agreement.

Labour has promised to give the Bank extra powers to monitor City firms’ progress on carbon emissions.

Banks have looked to address this issue, introducing restrictions on their finance policy restrictions in the last two years which have ended all direct ‘project finance’ to new coal mines and coal plants globally.

This data, however, shows that they have continued to use corporate finance, loaning money to firms involved in coal development and underwriting loans to those companies.

A spokesperson for Standard Chartered told Unearthed: “Not having seen the report or its methodology we can’t comment on the specific figures, but as you are probably aware we announced last year that we will no longer finance new coal power plant projects and we are revisiting our approach to clients who are dependent on coal for business revenues (more to come on that later).”

A spokesperson for Barclays also pointed to the bank’s new policy on project finance, saying it agrees “with the objective of reducing financing for coal-powered energy production”.

They added that they disputed the findings of the report, saying: “Barclays has comprehensive criteria and controls in place for our energy related financing, and we firmly believe in supporting the transition to a low carbon economy.”

An HSBC spokesperson said: “HSBC recognises the role of the financial sector in addressing climate change. We do not support new thermal coal mines and have not financed any new coal fired power plants anywhere since April 2018.”