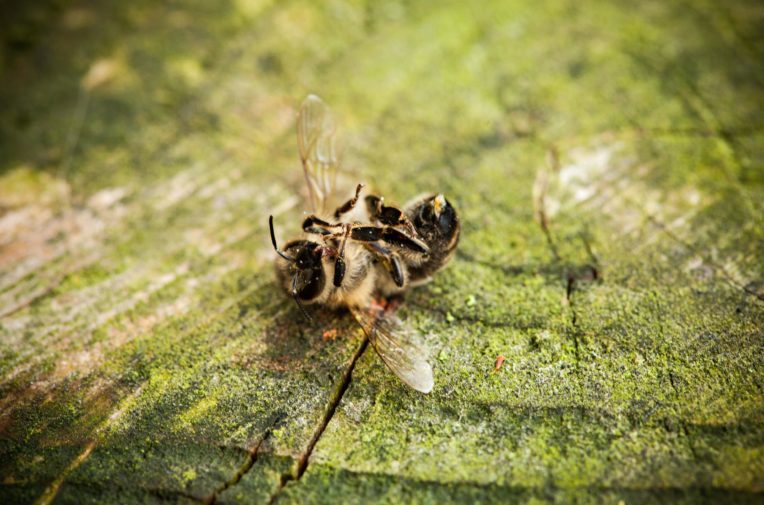 Countries across Europe are exploiting a loophole to allow widespread continued use of bee-killing neonicotinoid pesticides, two years after the EU introduced a landmark ban on their use.

The EU agreed a ban on all outdoor uses of the neonicotinoid insecticides clothianidin, imidacloprid, and thiamethoxam on 27 April 2018, in order to protect bees.

However, an Unearthed investigation has found that in the two years since the ban was agreed, EU countries have issued at least 67 different “emergency authorisations” for outdoor use of these chemicals.

In many cases these authorisations were granted repeatedly, or without any apparent evidence of an unusual or ‘emergency’ situation as justification.

Apolline Roger, a chemicals lawyer for environmental law charity ClientEarth, told Unearthed that in “emergency situations” where there was an obvious danger to farming or ecosystems that could not be contained by “any other reasonable means”, EU countries were allowed to grant short-term permission to use banned pesticides.

However, in fact “these ‘emergency’ authorisations are common practice,” she explained.

“They are rarely justified and often repeated. This means countries are repeatedly and habitually violating EU law, and endangering people, environment and pollinators in the process.”

Roger added: “Nature is in immediate danger and our food systems with it. Member states must not authorise substances known to harm pollinators lightly – they must fully comply with EU law. And if they fail to, it’s up to the [European] Commission to systematically block these abuses of the law.”

Neonicotinoids have long been linked by scientists to the decline of honey bees and other pollinators, with evidence suggesting the pesticides harm baby bee brain development, weaken immune systems and can leave bees unable to fly.

A 2019 report by the Food and Agriculture Organisation of the United Nations and the World Health Organisation states there is a “rapidly growing body of evidence” that “strongly suggests that the existing levels of environmental contamination” by neonicotinoids are causing “large-scale adverse effects on bees and other beneficial insects”.

Pesticide Action Network policy officer Nick Mole told Unearthed that the “wide-scale abuse” of the emergency authorisation system meant that “banned neonicotinoids are being used when completely unnecessary”. He added that the ongoing belief that these kinds of “derogations” would continue to be permitted held back work to find “alternative control measures that do not pose a toxic risk to bee and pollinator species”.

However major pesticide manufacturers Bayer and Syngenta, which both produce neonicotinoids that were hit by the 2018 ban, said the use of these emergency authorisations demonstrated that farmers did not have “effective alternatives” to protect their crops. Bayer also reiterated its long-held view that scientific studies which found “sublethal effects of neonicotinoids to bees” were based on “strongly exaggerated exposure concentrations which bees will not encounter under practical conditions in the field”.

In the majority of cases, the ‘emergency’ neonic authorisations issued over the past two years were for major crops planted over large areas – in particular sugar beet, but also maize and oilseed rape. However, Unearthed also found neonic authorisations for crops ranging from Belgian lettuce, to Latvian broccoli, to Czech opium poppies.

In many cases the authorisations offered little evidence of an emergency – or even unusual – situation. In some cases, these requests were granted for purposes that had little to do with food production.

An authorisation from Denmark, held by German chemicals giant Bayer and filed in the summer of 2019, asks for the emergency use of an imidacloprid product called Merit Turf, to deal with tiny beetles called garden chafers, which supposedly threatened the country’s golf courses.

A section where the applicant is asked to explain the need to use a banned chemical to address this issue reads: “Gardens Chafers eat the roots of the grass plants on the golf course and there can be great damage afterwards, when the birds are looking for larvae in the surface and are destroying the grass in their search.”

The application adds: “With heavy attacks from the garden chafer the golf clubs have to close the attacked area for a long period with high economic consequences.”

A spokesperson for the Danish food and environment ministry told Unearthed that in November 2019 the country’s environment minister issued a “total ban” on the use of neonicotinoid pesticides on golf courses. She added that the Danish environmental regulator had made a “thorough assessment” of the Merit Turf authorisation, and concluded that it “did not pose an unacceptable risk” because golfing greens are “in general, unattractive to bee species”.

In another case, an application from Poland for the emergency use of a product containing clothianidin, submitted by the country’s National Association of Rapeseed and Protein Plants Producers, only details how important oilseed rape is to Poland’s economy, without outlining a specific new threat to the crop.

Requests for emergency authorisations examined by Unearthed differed greatly in the level of detail and evidence submitted to support them.

This investigation comes as Bayer and the UK’s National Farmers Union (NFU) are in a legal battle with the Commission over the neonics ban.

Belgium has issued the most authorisations for the three banned neonics in the past two years. The country has authorised 14 different “emergency” uses of the chemicals in that time, mainly for sugarbeet, but also carrots and lettuce. It is followed in the league table by Romania, with 10 authorisations, and Poland, with nine. In both countries, the main uses approved under the loophole were major crops like sugarbeet, maize, and oilseed rape.

Romania, along with half a dozen other Eastern European countries, has a history of repeatedly using the “emergency authorisation” process to allow continued neonic use on major crops.

In December 2013, nearly five years before the almost-complete outdoor ban was agreed, the EU imposed a partial ban on the use of neonics on outdoor flowering crops that are attractive to bees.

In response to this pattern, the European Commission ordered an EFSA (European Food Standards Agency) probe into the emergency authorisations issued in 2017 by states that had repeatedly granted them in the past. This probe eventually resulted in the EC banning Romania and Lithuania granting further “emergency” uses of the banned neonics.

This ban only took effect on 3 February this year. Just before this happened, on 17 January, Romania approved a further four emergency authorisations of thiamethoxam, clothianidin and imidacloprid for maize and sugarbeet. The last of these only expired on 18 May. Lithuania squeezed in its final approval even closer to the deadline – on 27 January it issued an emergency authorisation for thiamethoxam on sugarbeet that remained in force until 28 June.

ClientEarth’s Roger told Unearthed that while EU member states “are at fault, the commission has a role to play too”.

“It may request a member state to withdraw or amend these authorisations, which it did for the very first time with Romania and Lithuania in February this year – but only after years of abuse of the law.”

On the surface, the data analysed by Unearthed suggests there has been little change in the rate of ‘emergency’ neonic authorisations by European countries since the full ban. Between 2013 and 2016, ClientEarth and PAN Europe identified ‘at least’ 62 emergency authorisations of products containing either one of the three restricted neonics or fipronil, an insecticide of a different class that has also been implicated in various mass bee deaths. By comparison, in the two years following the April 2018 ban Unearthed identified at least 67 ‘emergency authorisations’ of the three banned neonics.

A European Commission spokesperson told Unearthed that the figures showed that EU members “granted significantly less emergency authorisations for neonicotinoids for uses other than sugar beet compared to pre-2018”.

In total, 16 different EU countries issued at least one authorisation since April 2018.

Belgian, Polish, Romanian and Lithuanian environmental authorities were all approached for comment.

This story was also covered by Politico EU and the Telegraph.