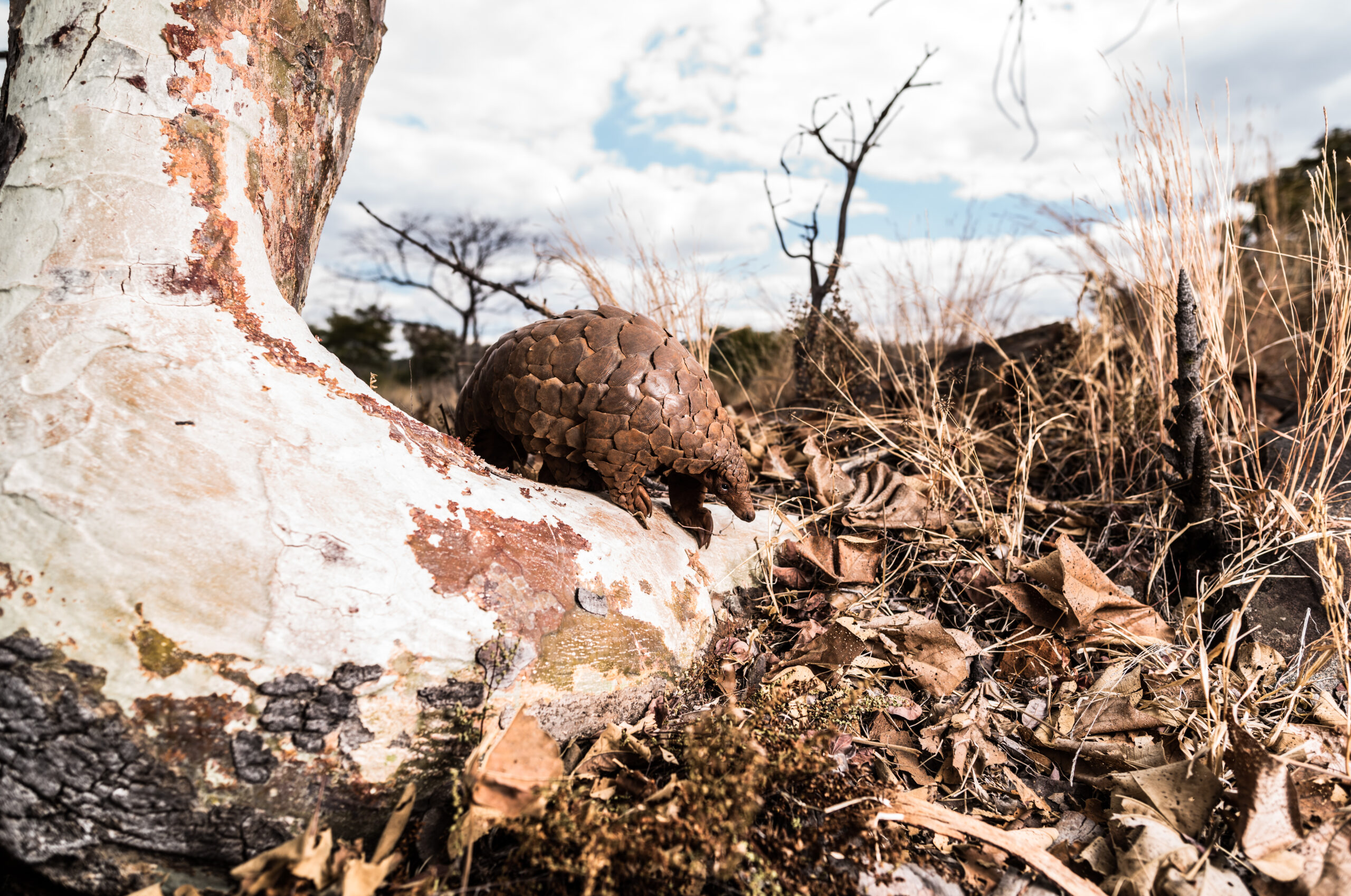 Even after a global ban, pangolins are still legally traded

At the start of 2017, a global treaty imposed an international ban on the commercial trade in pangolins. But China, Hong Kong and the US all appear to have imported specimens since then

Even after a global ban, pangolins are still legally traded

At the start of 2017, a global treaty imposed an international ban on the commercial trade in pangolins. But China, Hong Kong and the US all appear to have imported specimens since then

An investigation into the global trade in pangolins has found evidence of inaccurate record keeping and loopholes that allowed the commercial trade to continue beyond an international ban.

The trade in wild animals – including pangolins – has been linked to the emergence of new pandemics, including COVID-19, and is regulated under the international Convention on International Trade in Endangered Species and Fauna (CITES).

CITES members agreed an international ban on the commercial trade in pangolins in 2016 but an Unearthed investigation has found apparent loopholes and reporting errors since then.

Although the ban came into force on 2 January 2017, data held by the CITES Secretariat states that China and Hong Kong, which are both signatories to the treaty, legally imported almost 13 tonnes of pangolin scales in that year.

This is equivalent to over 16,000 pangolins.

The database also states that in 2017 and 2018 – the latest available data – the US legally imported 106 specimens for commercial purposes. The weight and the number of animals this involves are not known.

Experts told Unearthed that any primarily commercial trade in pangolins after the ban would be a “particularly worrisome” violation of the treaty and that any inaccuracies in the data could lead to bad management decisions and threaten species.

There should be no commercial trade in pangolins whatsoever

The pangolin is believed to be the most trafficked mammal in the world and some theories suggest it could have been the intermediate host of Covid-19.

The imports to China and Hong Kong are likely to be the result of a loophole in the agreement that permitted the commercial sale of specimens caught before the ban came into force. This loophole was closed last year.

It is not clear from the CITES database, or conversations with multiple experts and officials, why the US transactions were permitted to occur, if indeed the data is accurate. But the treaty  – even in its current form – appears to allow for differing interpretations of the rules.

A spokesperson for the CITES Secretariat disagreed with the use of the term “loophole”. They told Unearthed that the Secretariat has solid compliance mechanisms in place to address inconsistencies and is working with states to improve legislation and enforcement mechanisms.

Although China has recently announced bans on the wildlife trade – and the trade in pangolins in particular – some campaign groups have warned that these too contain loopholes.

When originally questioned about these trades, the CITES spokesperson told Unearthed that they must have been reported in 2017, but occurred before the ban came into force.

They stated: “As these are present in the database, it means they came from the parties’ own annual report on legal trade. This means that both of these reported transactions came before the date of 2 January, when the listing of all eight species of pangolins came into effect.”

CITES’ own documents, however, state that transactions are reported according to the year in which they occurred. A further CITES report also seems to reference the Chinese imports, stating that permits were validated for the import of 5,000kg of tree pangolin scales in 2017, after the ban.

When approached about these apparent contradictions, the Secretariat spokesperson agreed that there is a likely error in the database – that the imports seem to have come from the DRC not the Republic of the Congo.

Even so, parties using this exception are supposed to cite it in the database, but this is not the case for the records of these transactions, another apparent error.

More on wildlife at risk

Dr Susan Lieberman, vice president for international policy at the Wildlife Conservation Society, told Unearthed: “It is particularly worrisome if there were any legal commercial shipments of pangolin scales or other parts in 2017 or later.

“After the CITES Appendix I listing entered into force on January 2, 2017, any pangolin trade for primarily commercial purposes is a violation of CITES… There should be no commercial trade in pangolins whatsoever and with China now closing its market and providing the highest level of protection to pangolins, hopefully these amazing species will finally get a chance to recover in the wild.”

Pangolin scales have long been used in traditional Chinese medicine, but they were removed just weeks ago from the official 2020 list of ingredients approved for use, a change lauded by campaigners. Their meat is also consumed as part of local traditions in parts of Africa and Asia and in some cases is a key source of protein while their leather has been used in fashion in the USA.

While some campaigners have called for an outright ban on the wildlife trade and markets, some experts have warned that this is neither feasible nor desirable and that improved regulation should instead be the aim.

When asked about the 106 US commercial imports, the CITES Secretariat spokesperson told Unearthed that while commercial sale of pangolin specimens is not permitted, these transactions were not “on a commercial scale”.

They defined this scale as “small quantities that are not sufficient to support the future marketing or sale of the product”, but emphasised that this definition has not been agreed by countries as part of the treaty. This apparent loophole seems still to be open.

The CITES database states that 102 out of 106 of the specimens were confiscated or seized however it is not clear when or where this took place.

The transition from a regulated trade regime to the enforcement of a trade ban requires important adjustments in national legislation and trade controls. This takes time and is not automatic or an easy task

The Secretariat told Unearthed that the database contains only legal data and that illegal trade is reported separately and is not publicly available. This gap in reporting makes it difficult to verify the legitimacy of these exports or the success of the ban more broadly.

So where did the US specimens come from?

The treaty states that specimens traded illegally should either be returned to the exporting country or should be confiscated. It recommends that confiscated species should be either disposed of or used for the purposes of education, science, enforcement or identification. But this recommendation is not legally binding.

It is possible, therefore, according to the Secretariat spokesperson, that “such specimens could legitimately have been re-exported from a previous seizure event i.e. legally redistributed”.

The spokesperson added: “The interception of illegally traded specimens by enforcement agencies would be logged in the non-public reports. After that, if the seized specimens are then re-exported or imported by a different party, this transaction is logged in the public database.”

So they could have been seized – with no public reporting – and then re-exported commercially at which point, finally, they would have entered the public record.

But officials in Belgium, one of the countries that reportedly exported to the US in 2018, told Unearthed that they had issued no permits for these transactions and believed the US authorities had reported the data to CITES inaccurately.

Wildlife trade expert Lieberman agreed with this interpretation. She told Unearthed she believed these transactions referred to illegal shipments interdicted by the US and that the US would not import confiscated items for commercial purposes.

Linda Wong, deputy secretary general of the China Biodiversity Conservation and Green Development Foundation, told Unearthed that she is aware of instances when confiscated pangolin specimens had been traded domestically, but did not have evidence of countries re-exporting them. She said that trade in confiscated specimens is wrong.

Wong told Unearthed: “The price of pangolin scales is already very high, and having a confiscated stockpile from overseas enables laundering and prevents the effective enforcement of laws developed to prevent the sale of illegally imported pangolins. We strongly suggest public burning of stockpiles of confiscated pangolin scales, to deliver a clear message to the world.”

Dr Ralf Sonntag, a marine conservation specialist at the World Future Council, said he was unable to clarify what had occurred but raised concerns about any inaccuracies. He told Unearthed: “For scientific reasons, we need the database to be as correct as possible because it provides important information on the development of the different stocks or populations of a species… Wrong numbers will lead to wrong management decisions and might threaten the species in question even more. It also helps to keep the system under control and allows countries and observers to understand and check what is going on.”

One of the issues appears to be the limits of the international regulator. The spokesperson for the CITES Secretariat said it could only rely on the information provided to it by countries in their annual legal trade reports, which are used to compile the database.

They added: “The scale of the trade covered by the CITES mandate and the detailed reporting requirements sometimes cause such inconsistencies to appear. However, the convention has solid compliance mechanisms that can address inconsistencies that are deemed significant or worrisome.”

Neither the US nor the Chinese authorities responded to repeated requests for comment. The data for trade in 2019 has not yet been published.

“The transition from a regulated trade regime to the enforcement of a trade ban requires important adjustments in national legislation and trade controls,” the spokesperson continued. “This takes time and is not automatic or an easy task. The CITES Secretariat is working hard with the range states, transit and destination countries every day to improve the legislation and strengthen controls to enforce the ban effectively.”

It requires time to deal with stockpiles of specimens caught before the ban and to set up monitoring systems to survey pangolin populations and the behaviour of local communities that have historically depended on the species, they added.

According to a CITES report on crime enforcement in Africa published in 2019, “the decision to place the African pangolin species on CITES Appendix I means that the international community has assessed the African pangolin scale trade to be unsustainable. As there is no legal commercial international trade, and domestic supply in destination markets is extremely limited, market-wide demand reduction is entirely appropriate.”

A version of this story was published in the i