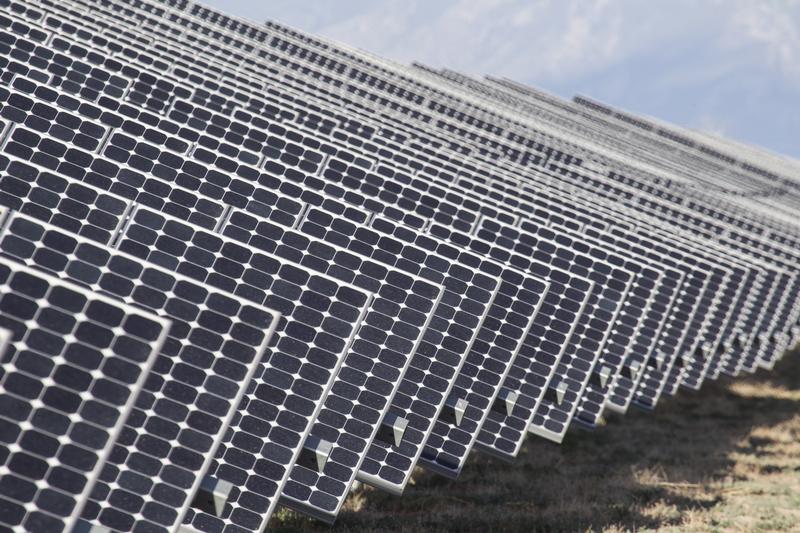 Renewable energy, not shale gas, is the biggest single cause of the fall in US emissions from coal use, according a new analysis of US data by Unearthed.

The analysis can’t be seen as conclusive evidence, because it doesn’t model the change in generation in the US dynamically, however it does suggest the role of shale may have been over-played.

The data shows that the fall US coal consumption since 2007 is to a larger extent down to reductions in demand and an increase in renewable generation than to use of shale gas.

Between 2007-13 the US experienced the largest fall in coal usage ever experienced by any country, with renewables, energy efficiency and shale gas together picking up the slack.

The switch from coal has led to lower emissions from the power sector, which has largely been attributed to fracking.

However our analysis has found that, because they are zero emissions, the growth of renewables actually had a larger impact on the fall in US power sector emissions than shale gas. In fact, by our calculations, the growth in wind power generation alone made a bigger contribution than the increase in use of gas for power.

To top that off, a recent analysis by Bernstein research suggests US coal use will fall by a further 25% by 2020, again partially driven by renewables growth.

The steady decrease of US emissions, however, has been reversed in these last 18 months following a price-driven increase in coal burning, and also a resurgence in crude oil production (up 31% in the last two years).

But with a significant number of coal plants due to retire in 2015, we expect this return to rising emissions will be short-lived.

Between 2007 and 2013 US coal-fired generation fell by 21%, leaving a vacuum of 43 terawatt-hours to be filled by other types of energy, equivalent to more than the power consumption of the entire U.S. West Coast.

While just about every news story and serious analysis of the dramatic transformation tends to name cheap gas from fracking as the main or only factor behind the drop, the data suggests that a combination of energy efficiency measures and renewables has made up 56% of the difference.

US renewable energy grew by 48.1% in that six year period, with wind generation, spurred by tax credits, nearly quadrupling on its own.

Energy efficiency for power plants and reductions in absolute demand (due to greater efficiency or the recession) compensated for 21% of the drop in coal.

The other 44% was covered by gas-fired generation, which grew 23.7% as gas generators were able to out-compete coal utilities to provide power to the grid.

What’s the impact on emissions?

Here’s where the rise of renewables and demand reductions plus efficiency gets even more pronounced.

By contrast 40% comes from the switch from coal to renewables and the remaining 30% from efficiency. Our analysis doesn’t account for the methane leakage from shale gas.

The drop in coal and oil products resulted in a 16% fall in US CO2 emissions between 2007 and 2013, but only around a third (30%) of that fall came from switching from coal to gas – because natural gas still emits CO2.

On the other hand 40% comes from the switch from coal to renewables and the remaining 30% from reductions in demand due to efficiency and the recession. Increased generation from wind power plants alone was responsible for 32% of the drop – a slightly larger contribution than that made by gas.

And this is when you only look into emissions from burning the fuel; our analysis doesn’t account for the methane leakage from shale gas, which would subtract from gas’ contribution to the emissions reduction.

Where it’s all headed

US coal consumption will further fall by up to 25% by 2020, according to a report from Wall Street analysts.

In their report The Coming Sea Change in Power Sector Coal and Gas Burn and Its Implications for Demand, Bernstein Research says it expects utility coal burn to drop by between 7 and 25% by 2020 due to a combination of renewables growth, incoming environmental regulations, and a negligible rise in power demand.

State-level regulations holds that renewables other than hydropower, which currently account for 6% of US electricity consumption, must represent 10% of US power by the end of the decade – that’s growth of around 66%.

Assuming this level of power generation from renewables, Bernstein projects gas to grow by 18%.

Both competition from renewables and new environmental rules forcing utilities to limit emissions of sulphur and nitrogen oxides, mercury and other toxics could lead many smaller, older plants to shut.

This forecast, however, is predicated on a significant slowdown from current rates of renewable energy growth, with solar generation having doubled every year since 2011 and set to double again this year. Renewables could well hit 20% by the end of the decade.

In any case, come 2020, renewables will be in the midst of an ascent even greater than coal’s decline.

The other 60 MWh came from reduced power demand due to the recession and, you guessed it, measures to improve energy efficiency.

How we worked it out:

The calculations for this story were based on an analysis of actual falls in US emissions from coal, coke and oil and changes in generation for gas, nuclear, hydro etc between 2007 and 2013.

Previously on Unearthed we have examined the fall in US emissions and it’s causes from a more theoretical perspective using EPA assumptions for emissions savings from renewable energy and recently published research up until 2012.

Energy analysis blog Carbon Brief have also taken a look at the difficulties working out what has driven the cut in US emissions.

The blog looked at analysis from the US Breakthrough Institute which suggested that shale played a larger role than our calculations show partly because cheap gas helped to drive improvements in US power plant efficiency.

Taking that into account would increase the role of gas to 35% exceeding the role of wind and roughly matching the contribution of all non-hydro renewables. The figure for renewables is higher if you include hydro power, but that is seasonally variable so usually excluded.

As Carbon Brief point out – and we observe above – without a full modelling exercise (like that recently published in Nature) it’s hard to be sure on the best methodology and the results do vary significantly with different assumptions. It may be that cheap gas drives gas plant efficiency, but on the other hand the UK also saw a dramatic improvement in gas plant efficiency over the sameperiod.

Carbon Brief also observed that our category of “end use energy efficiency” included the impacts of the economic recession during the period. This could be wrong because – without normalising for GDP changes – it is hard/impossible to establish the actual cause in demand reductions.

Whilst we mentioned the recession in our conclusion the rest of the piece has been edited to ensure this is clear and to highlight the range of possible interpretations of the available data.