The story of storage — and where we go from here 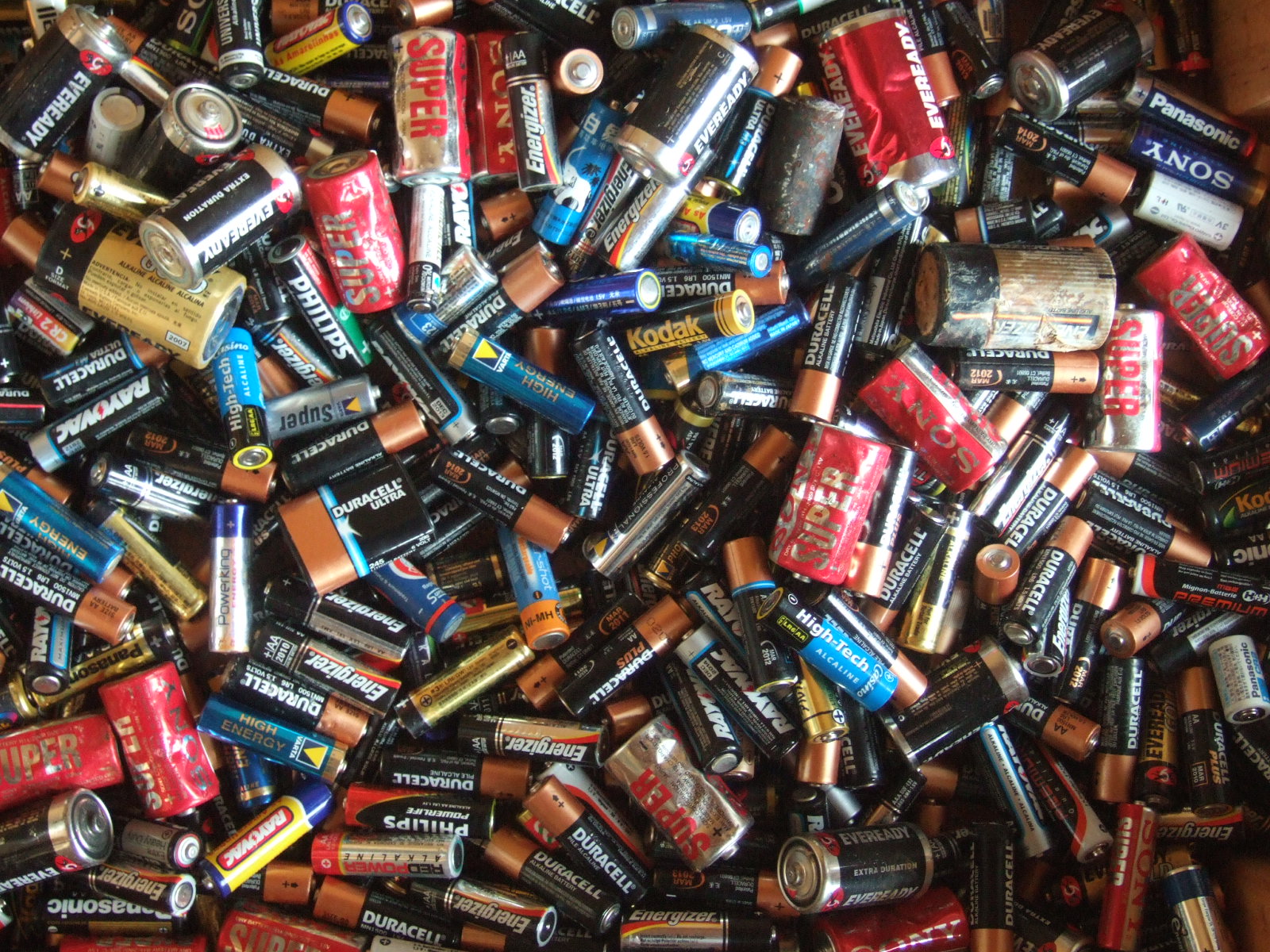 We may be generating more energy than ever from our increasingly efficient wind turbines and solar panels, but without a means of storing surplus the dream (or nightmare) of a 100% renewables power sector will remain just that.

Real deal storage would do away with the need for capacity market auctions, and constraint payments to wind farms that are producing more energy than the grid knows what to do with.

A storage solution is key in the development of a modern energy system that also features reflexive generation, interconnection and demand side management — and scientists are finally on the verge of cracking it.

The UK has just switched on the largest battery in Europe; hydrogen-powered buses are roaming the streets of Aberdeen; Denmark is building a hydro-storage island; Elon Musk is building a gigafactory for premium batteries — and all this is just the beginning.

Storage tech finally has some momentum, after so many years trailing the speedy development of viable renewable energies.

Why has it taken till now? Until recently storage wasn’t on the energy agenda, with little to no deployment following the installation of a bunch of pump storage in the 1970s.

Now, with renewables becoming an actual thing, it has become apparent that storage is needed — so they can provide power even when the wind is not blowing nor the sun shining.

There’s storages of all sorts, and here is a choice selection:

They’ve been around for the better part of a 150 years, with DC stations all over the place at the turn of the 20th century.

Around the advent of the nuclear revolution, however, industrial sized batteries were put out to pasture as pump storage came to the fore  — it just made more sense.

In 1883, the beginning of early battery age, Thomas Edison cut to the quick of the storage dilemma: “Scientifically storage is all right, but commercially as absolute a failure as one can imagine.”

He changed his tune 15 years later, declaring that he was manufacturing the battery to beat all others.

He didn’t of course, but more than 100 years on there isn’t a storage bigger than the battery (metaphorically speaking, of course).

The heavy lead batteries you would find in golf carts have been all but phased out following the commercial introduction of high-efficiency lithium-ion batteries.

These batteries, in which charge or release moves ions between two electrodes, are found in mobile phones, laptops and electric cars.

Both small in size and high in efficiency, lithium-ion is enjoying a moment right now, in part driven by Elon Musk’s electric car giant Tesla.

This summer Musk announced Tesla would be building what he dubbed the ‘Gigafactory’ — a $5 billion battery making facility.

Dr Laurence Hardwick, a storage scientist from Liverpool University, said: “Tesla’s been very successful in taking what are essentially laptops batteries – thousands of them – and getting them to sing together.

“It’s quite a technological achievement, and encouraging to see that sort of investment.”

He, however, is already working on the tech beyond lithium-ion, for when the preferred car battery hits its ceiling.

The lithium-oxygen battery that Hardwick is researching can theoretically deliver 10 times more energy storage than lithium-ion because the lithium peroxide produced is so much lighter.

He said: “You have to start developing these ideas and understanding the basic building chemistry so that, in two decades time, it can be ready to take the baton from lithium-ion which, though it is improving, will reach a limit.

“It took lithium-ion more than twenty years to get to this stage. These technologies don’t just appear from thin air; it’s the nature of this kind of energy research.”

The potential capacity of lithium-oxygen, aka lithium-air, would perhaps lend itself well to grid application.

Philipp Grunewald, a scientist at the Environmental Change Institute at Oxford, believes lithium-ion is “too good for the grid”.

“It’s small, efficient and has so many good characteristics, but grid storage is entirely different,” he said.

“One thing lithium-ion is not is cheap.”

We’ll soon see if a supersized battery can do the trick; last week marked the start of a two year test of Europe’s largest battery — a lithium-ion battery maybe capable of powering 1,100 homes a day over in Leighton Buzzard, Bedfordshire.

Over in the US big steps are also being made, with Texas utility Oncor committing $2 billion to storage deployment.

Navigant Research expects the state’s storage capacity to reach 20.8 GW in 2024, 40 times greater than the 538 MW stored this year.

And if all that doesn’t work, there’s still Harvard’s rhubarb-battery in the making — a promising ‘out there’ idea that reflects well for the technology’s RND efforts.

Unlike batteries, developed and optimised with portability in mind, the conversion of renewably-sourced electricity to natural gas is conceived for grid use.

Other types of storage would likely require a revamped energy infrastructure, but power-to-gas makes use of the existing gas network.

The hydrogen is then injected into the gas grid, and that’s that — except the grid won’t allow its mix to contain more than a 2% hydrogen.

Professor Nigel Brandon, Director of the Sustainable Gas Institute at Imperial College London, said: “It’s possible to combine the hydrogen with CO2 to make methane and then inject this.

“This may be less efficient but then there’s also no issue with the amount of gas that can be injected into the gas grid.”

ITM, which is trialling P2G tech at the Thüga power plant in Frankfurt, is one of a few companies actively exploring this storage option in Germany — encouraged by the country’s Energiewende.

EON recently announced it has injected more than 2 million kWh into the natural gas pipeline from its P2G plant in Falkenhagen, East Germany.

Economics poses the biggest problem for P2G in the UK as it essentially turns a high value commodity into a low value one — and hydrogen doesn’t even benefit from the country’s Feed-In-Tariffs program.

Though P2G is grid-suited, it’s also being tested in vehicles. The EU-funded High VLO City project has put on the roads of Aberdeen to Antwerp (and other places) buses that utilise power-to-gas pathways.

The project is testing a range of hybridised P2G, lithium-ion batteries and top-of-the-line fuel cells motors — the Hindenberg this ain’t.

Instead of containing energy themselves, fuel cells facilitate storage — efficiently making use of externally stored energy. This quality is ideal for scaled up storage services in remote locations.

Phillip Grunewald said cost for bulk is a big advantage over batteries: “Hydrogen fuel cells may be more expensive than batteries per power, but for bulk storage there are few contenders that can match it.”

It is criticised for an unfortunate environmental footprint as it still often requires hydrocarbons like fossil fuels — it reduces emissions, but doesn’t get rid of them altogether.

Recent reports indicate that something akin to carbon-capture via fuel cells might be a possibility.

Fuel cells, for so long a struggle to use in vehicles, is the cusp of becoming a part of commercial cars, which would explain Elon Musk’s derision for the tech.

Audi is the latest major manufacturer to claim to have cracked the code of fuel-cell-for-cars.

Marieke Reijalt from High VLO said the project is trying to “bring down the costs of fuel cells, and allow economical viable hydrogen production and distribution operations to facilitate a rapid roll out of a sufficient hydrogen refuelling network”.

“There are all sorts of worthy cruder storage technologies that people just aren’t paying attention to,” Phillip Grunewald said.

Chief among those is compressed air, which truly is the simplest of solutions — pumping energy air into underground caverns where the higher pressure keeps it contained.

It’s been around in some incarnation since the 1870s, but could be in for a comeback with EON backing trials of underwater compressed air bags that could work alongside offshore wind farms.

And there’s now liquid air also, led by Highview Power, in which said air is liquified, stored for up to 25 years and released as gas. Very scaleable.

There’s low-carbon pump heating courtesy of Isentropic; Electrified heating, riddled with peak demand problems, but not long ago the darling of the British government; and a potential hydro revival, following success at the capacity market auction and recent proposals for new facilities.

And for a fancy sign-off, here’s an island in Denmark designed exclusively as a hydro-storage solution.

Special thanks to Dr Phillip Grunewald