What does the oil price crisis mean for fracking? 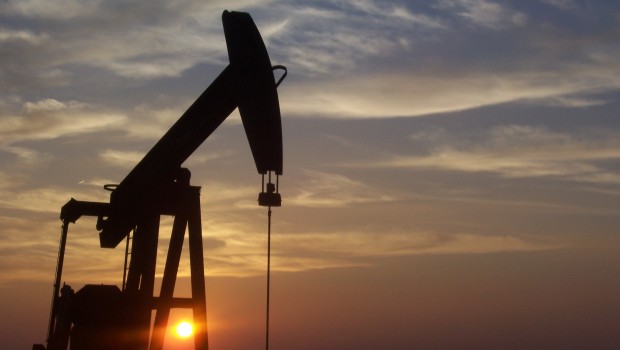 At the end of last year the falling price of oil leapt from the business section all the way to the front page.

Initially there was hope that the price would recover quickly, but that didn’t happen — oil just kept getting cheaper, causing all sorts of problems for the energy economy.

The US shale boom is widely credited/blamed for the fall, adding 4 million barrels a day to market already well supplied and with slowing demand.

The steep drop in price at the tail end of 2014, however, was down to the Saudi Arabia-led Organisation of Petroleum Exporting Countries (OPEC) choosing to maintain their 30 million barrels-a-day quota.

Against the wishes of more vulnerable OPEC members, Saudi Arabia dared the US shale industry to destroy itself by driving costs so low that the pricey process of fracking would no longer be profitable.

The message from the US was one of resilience, but in just a few weeks the low price appears to be having an impact on shale oil operations.

The number of new drilling sites in the US first slowed down and then declined as oil became progressively cheaper, with data from Baker Hughes showing that there are 109 fewer rigs – oil or otherwise – than at this point last month.

In December Reuters also reported that there were 15% fewer new wells across 12 of the country’s major shale formations in October.

The slowdown, which shale boom bigwig Harold Hamm confirmed to Bloomberg at the end of 2014, suggests that Saudi Arabia could see results if brinkmanship is indeed the game it is playing.

Fracking for shale is more expensive than conventional drilling, and therefore the falling costs will sooner eat into its profits.

And West Texas Intermediate, the US benchmark, has dropped even lower than Brent — it’s sitting at around $47 a barrel.

Two major shale basins – Bakken and Permian Basin – were already been beaten by the oil price when the first edition of this article was published at the beginning of December, and since then most of the rest of shale country has followed suit.

Even if the price of crude rises slightly and stabilises at $75 a barrel – which Goldman Sachs once thought it would – 19 of the country’s shale reserves will no longer be profitable, according to Bloomberg New Energy Finance.

The drilling companies themselves are also feeling the burn, with shale giants who thrived in the boom suddenly seeing stock fall off a cliff.

That’s all the oil stuff, but there’s still fracking’s bread and butter: gas.

In the US gas production is often tied to oil drilling and so may decline with it, but prospective industry in Europe is as-you’d-expect determined by the price of gas rather than oil.

But gas prices are largely linked to oil, through contracts or just broader energy pricing business. And gas prices are falling too — though less dramatically than oil because gas contracts with the likes of Russia’s Gazprom are far longer term.

Those costs aren’t going to be attractive to European countries toying with the idea of fracking, especially given the continent’s higher cost of shale gas production — as outlined by EY.

The falling cost of fossil fuels across the board could be used to argue against expensive unconventional drilling.

And, if you want gas prices to be driven by volatile oil markets then take read this Poyry fracking report. It said lower oil prices leads to less intermarket linkage that “could impact the commercial attractiveness and competitiveness of shale gas as compared with other sources of gas”.

Ultimately though this is all speculation. There isn’t even fracking in Europe (yet) so it’s hard to say how it would actually react — at this point it’s more a political matter than economic.

As for the bigger game, there may be other casualties before US shale oil really feels the pinch. Angola and Venezuela both suffer higher production costs than the Saudis, and Russia has seen its currency collapse with the oil price.

A low oil price is hurting fracking, but it will likely hurt a lot other people first.