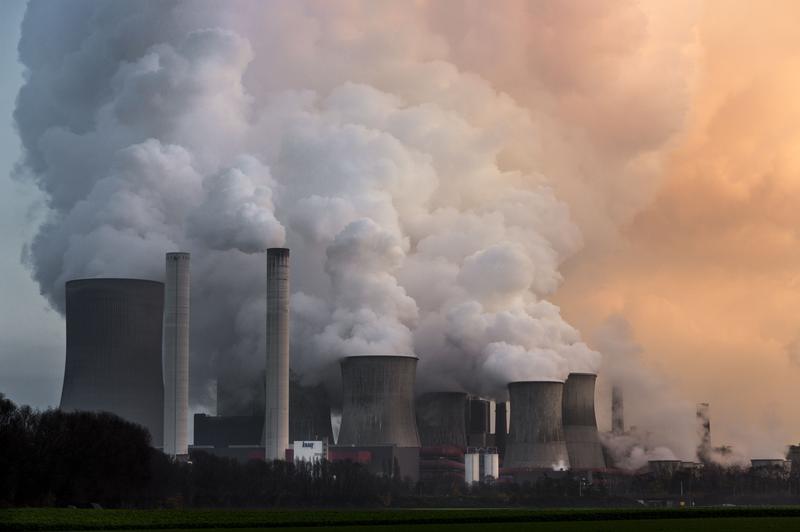 This story is cross-posted from Clean Energy Wire, written by Jakob Schlandt

Germany’s largest utility, E.ON, posted a loss of 3.16 billion euros on 11 March – reigniting debate over the future of the country’s energy giants. The loss is the highest ever recorded by a German energy company, and follows a bleak outlook from RWE – Germany’s next biggest energy company – published the previous day.

Both companies are suffering dramatically weak results from their conventional power plants. RWE admitted that only two-thirds of its power stations now earn enough to cover running expenses.

E.ON insisted that none of its power stations were currently in the red, but it has also been hit hard by dwindling wholesale electricity prices that have almost halved over the last three years due to the expansion of renewable energy in Europe, as well as the sluggish economy and overcapacities.

Tobias Federico, head of the Berlin-based energy consultancy Energy Brainpool, said neither company had solved a crucial dilemma. “A momentous shift is taking place in the energy world: From centralised to decentralised; more green energy. This is bad news for the traditional business model of large utilities.”

For example, Frederico told the Clean Energy Wire consumers could now produce their own electricity from rooftop solar, and, with the help of new IT applications, potentially share excess power with their neighbours.

Most experts agree that the big power companies are struggling to keep up with the dramatic changes triggered by Germany’s energy transition or Energiewende — the country’s plan to phase-out nuclear power production and boost renewable energy.

A Greenpeace study published this week argues that the “Big Four” German utilities – RWE and E.ON, plus Vattenfall and EnBW – have made huge strategic mistakes, investing too little in green energy and relying on nuclear power for too long.

E.ON’s record loss was posted four years to the day after the Fukushima incident that led to the closure of eight nuclear power plants in Germany. The country’s remaining nine nuclear facilities will be shut down one-by-one until 2022.

Impairments of 5.5 billion euros – mostly in Sweden, the UK and Italy – pushed E.ON into the red. But operating profit was down, too. Adjusted net profit retreated by a quarter to 1.6 billion euros in 2014. As traders had expected even worse news, the stock was slightly up.

Because large impairments had already taken place in 2013, RWE posted a profit of 1.7 billion euros. RWE and E.ON have both reacted to mounting pressure over recent years with extensive cost-cutting programs.

But E.ON went even further: The company’s conventional power generation assets will be spun off in 2016 into a newly founded separate entity. So far E.ON has not provided substantial detail on this split.

Utilities trying to find their feet in the new energy world
E.ON and RWE both cite their access to consumers and their distribution networks as assets that will give them a head-start in the new energy world.
Presenting RWE’s results, CEO Peter Terium said: “In our retail business, we will focus on developing our product and service offerings to existing and new customers.
“Alternative supply models and technological advances in the areas of smart metering and home automation will become increasingly important to win and retain customers.”

But Tobias Federico at Energy Brainpool is sceptical: “They know relatively little about their customers beyond the meter. The decisive factor in the new energy world will be data and how to use them.”

IT companies – like Google, but also new, emerging businesses – could be more successful. At the same time, the future of the utilities’ traditional business, electricity generation, seems more uncertain than ever.

Later this year, the German government will take a decision on the introduction of a so-called capacity mechanism. This would mean conventional power stations receiving payments not only for producing electricity, but also for backing up the fluctuating and seasonal production of green energy sources.

But both energy minister Sigmar Gabriel and Chancellor Angela Merkel have expressed scepticism of the idea, and E.ON’s CEO Johannes Teyssen admitted on 11 March that while he was certain that capacity markets would be introduced eventually, he added: “If they come in a first step or in a second step, I do not know.”

According to Klima-Allianz Deutschland, “despite some changes to their strategy, too much electricity is still being produced from coal,” putting Germany at risk of missing its climate targets. The alliance of environmental organisations has RWE in particular in its sights, saying the company has invested heavily in coal power since 2011.

In public discussion, there is little sympathy for the fate of Germany’s large utilities. A commentator on Spiegel Online, Germany’s leading serious web-based news service, argued that it would be best to “let the energy giants die”, rather than support them with political decisions.

However, their survival does not only depend on market conditions and political good will, but also on their ability to cut costs as revenue declines. Both companies are ahead of their initial plans to cut billions of euros in expenditure and have laid off more than 20,000 employees.

Still, Federico says their future remains in doubt. Even the new E.ON, unburdened by loss-making fossil power stations, well instead carry all the original debt. “In case there are new business opportunities, and even if these are within reach and customers can be won over, the question is if they still have enough profits to invest and grow in these fields.”