Comment: Will the IEA reflect China’s coal use – and emissions reductions – in its new report? 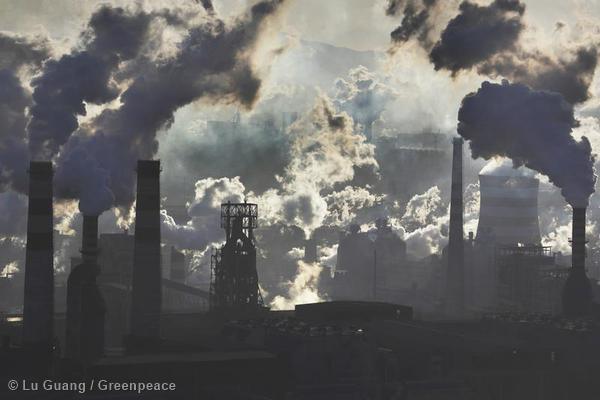 The world seemed to be waking up to the prospect that renewable energy could be the future.

G7 leaders have recently committed themselves to decarbonisation – phasing out fossil fuels – by the end of this century. That’s 50 years too late if we are to avoid catastrophic temperature rises – but it’s a start.

This was quickly followed by BP’s statistical review of world energy 2015, which confirmed that the growth in fossil fuels was outstripped by other energy sources last year for the first time ever. Fossil fuels delivered less than half of total growth in energy production.

That meant that the growth in global CO2 emissions last year was half what it might have been, because of renewables

In China itself, all its growth in energy consumption last year was met by renewable energy.  And it can go much further. Two influential Chinese think tanks say renewable energy could be delivering over half of China’s total power needs in the 2020s.

Coupled with that has been the drop in China’s coal consumption, and energy-related CO2 emissions, which fell 1% in 2014, and a further 5% in the first four months of 2015.

The drop in emissions in those four months was equal to the total emissions of the UK in the same period.

It’s the first significant fall in CO2 since China’s reform process began in the late 1970s, and could transform expectations of when the global emissions peak will be reached – as long as other major emitters also accelerate their emission cuts.

The dramatic changes in China show how fast progress can happen. China’s rapid CO2 growth in emissions has levelled off faster than anyone expected so far, driving a reduction in global emissions.

We’ll know more about China’s climate targets, signalling its future plans to decarbonise, soon. The global superpower has been cautious in the past, pledging a 40-45% carbon intensity reduction target from 2005 to 2020.

It now looks like China may surpass this target. The dramatic change in CO2 emission outlook will make a huge difference to global action on climate change, and could enable the world’s CO2 emissions to peak much earlier than previously thought.

Will the International Energy Agency (IEA) be taking the dramatic changes in China into account in its special report on the world’s energy outlook on Monday? In the past, the IEA has grossly under-estimated the growth of renewables, and seems wedded to the continuation of coal, the world’s most polluting form of energy.

The IEA needs to wake up to what’s happening in the world, especially in China. We are on the threshold of a new post-fossil fuel era.

That would be the best message to take to Paris this winter– the realistic chance of keeping global temperature change within 2 degrees Celsius, and bringing the fossil fuel era to an end.