Comment: Climate change is at the heart of the UK anti-fracking movement 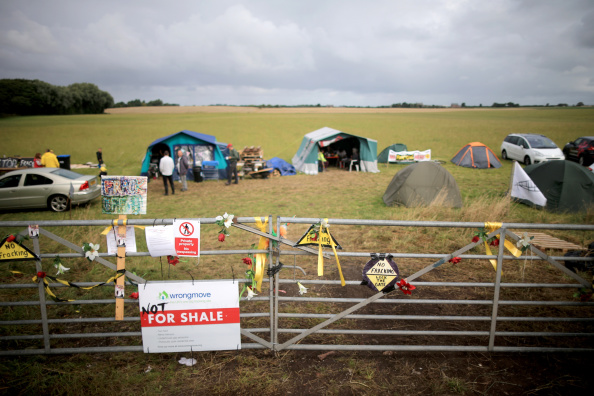 Yesterday Professor Paul Stevens from Chatham House gave his take on the Lancashire fracking verdict. Here’s another side.

There were lots of good things about Lancashire County Council’s decision to reject Cuadrilla’s fracking application last week. It was heartening to see campaigners celebrating afterwards — lots of people who had become engaged both in local democratic processes, and in the broader UK energy debate.

It was a victory that seemed so unlikely in the face of Cuadrilla and the Government’s joint pursuit of the shale gas dream. Those people, and the councillors who listened to them, deserve huge congratulations.

Shale gas is an intensely political issue — from Westminster, where George Osborne and Amber Rudd are busily constructing the conditions geared towards helping the industry develop in the UK, to the local level, with novel new coalitions of people fighting the powers-that-be in a way which happens so rarely.

The high level political endorsement of shale gas and fracking means this debate won’t go away anytime soon, and local activists will have to group and refocus if they are to see off more industry proposals.

In the meantime though, hurrah for the campaigners of Lancashire! You can’t help but think the councillors who rejected the application felt it was easier to defy the Government, Cuadrilla and their own planning officers than it was to upset the determined, headscarf-wearing Lancashire Nanas in opposition.

Read more: Across the UK, anti-fracking towns are turning to community solar

I do, however, find myself wondering how I can celebrate their actions, while also worrying about the people-powered opposition to some onshore wind projects?  How do I square my positions on this – that the Lancashire decision was a triumph of local democracy, and that a lot (not all) of the decisions to reject onshore wind as a result of local opposition in the planning process are bad?

The starting point is climate change. We need to do something extraordinary over the next few years in order to meet the UK’s commitment to reduce its emissions by 80% by 2050. This need to address emissions is at the heart of my reactions to the fate of fracking and of onshore wind.

In many ways, pursuing shale gas is an easy answer for a Government obsessed with short term fiscal issues. Though it could provide a temporary boost of domestic energy, it would keep the country locked in to our current, fossil fuel energy models, and delay the necessary move to a new, low carbon ways of doing things.

Because if we’re going to deal with our carbon emissions, we’re going to need to deploy more renewables, learn to use energy more efficiently, and adjust how we think about energy provision and use.

And that’s what was so refreshing about the fracking debate in Lancashire.  While local issues – noise, traffic, house prices etc – obviously played a role, the bigger global picture was also apparent. Climate change and the future of the UK’s energy system played a big role in many people’s objections. In contrast, many of the anti-onshore wind campaigns turn communities in on themselves, focusing on the purely local and excluding the bigger picture.

It looks as though Cuadrilla will appeal the Lancashire decision and, whatever its ultimate outcome, the Government is going to continue backing the industry, probably by making further adjustments to the planning regime. The great irony of this – the inverse of my own dilemma – is that the Government is also changing planning and subsidy rules to hurt onshore wind projects, and making it more difficult to get planning permission in the face of local opposition.

The Government clearly hasn’t got the message about the need to take long term, strategic decisions about how our energy systems develop in a carbon constrained world. Perhaps it could devolve some of the complex energy policy decisions needed to the Lancashire Nanas?