Comment: Has gas missed its chance to be a bridging fuel? 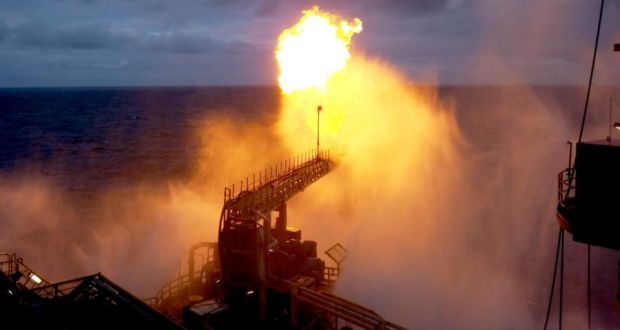 Shell and BP have been talking a lot about gas lately, claiming the cleaner burning fossil fuel is the future of energy and action on climate change.

But this jars. Although gas is less carbon intensive than coal, which to some extent it could replace, the numbers and the rhetoric don’t match. The reality is that gas is extremely unlikely to boom nearly as much as energy giants are hoping. Not at least in a world where global leaders are attempting to keep global warming to relatively safe levels and where renewable technology costs are plummeting.

Instead the messaging could appear to be a cynical move on the part of Europe’s biggest oil companies, pretending they are advocating for action on climate change while promoting a solution of global carbon pricing that is not only completely unworkable, but is really a way to support for gas generation.

Kept in the ground?

The problem for BP and Shell is that their own forecasts for rising gas use don’t seem to fit with the science.

Half of gas reserves need to be kept in the ground, scientists say. This means gas generation needs to start declining fairly soon if we want to stay within 2 degrees of global warming, the internationally agreed threshold beyond which people will experience severe floods, storms, and heatwaves.

But in their forecasts Shell and BP have plenty of gas, which will peak late and act as a bridging fuel to other forms of energy. The oil majors have have also admitted to (at least partly) basing their business plans on their projections.

Indeed a shift to gas is a major strategic aim of the companies, in terms of satisfying their shareholders.

This isn’t a coincidence. If investors have confidence in a strategy or a technology, they’ll invest in it and have a hand in it existing down the road – energy forecasts can thus turn into a self-fulfilling prophecy. So if these gas forecasts affect investment plans they could build in challenges for decarbonisation.

Even selecting assumptions to run in the projections is a highly politicised activity – and as we’ve explained before, Shell and BP seem to have some rather dodgy assumptions on energy demand, carbon intensity, renewables uptake, and Carbon Capture and Storage (CCS).

If these firms really cared about decarbonisation – and all the people that would be affected by catastrophic climate change – they could be investing heavily in renewables, and especially CCS to go on their new gas plants. But instead – when it comes to their forecasts they seem to be banking on the fact action on climate change will be weak.

The problem is it increasingly looks like – no matter how hard Shell and their ilk attempt to be down with the kids and put a positive spin on things – their viewpoints are already outdated, as action to deal with climate change is happening and will probably be stronger than the energy giants have anticipated.

Not only this, but technology costs of renewables are taking a nosedive, especially solar costs.

These two factors add up to the fact the gas boom won’t be all it cracked up to be – despite the fact a bit of natural gas might be useful in the short-to-medium term to back up renewables generation – at least until greater interconnection, demand-side management, smart grids, storage and wind-to-gas, or large scale new nuclear, get themselves a bit more established.

Instead the evidence suggests that even some investments in gas could end up as “stranded assets” because of action on climate change – from decarbonisation policies to investment in renewables causing technology costs to sharply fall. In short, there is a risk billions will be spent on gas nobody wants or needs.

High cost and/or high risk investments in gas could end up “in limbo” because of investor uncertainty about when strong climate change policies will come out, according to a new Chatham House report. Renewables are also facing some investor uncertainty, but their costs – especially solar – are plummeting.

Mark Fulton, an advisor to Carbon Tracker initiative, has urged fossil fuel companies to take the CTI’s new low gas demand forecast seriously – which would see some new gas built in Europe “but not that much”.

“There may be surplus gas in 10 years,” Fulton said. In particular, prospective LNG projects would be hit.

$85 billion of @Shell & @BG potential future #LNG projects may be #surplusgas in a low demand scenario to 2035 http://t.co/abpwX2xlac

The time for coal-to-gas switching as a strategy – which is what the EU oil majors are essentially proposing with their global carbon pricing idea –  has “almost certainly past” if we want to avoid dangerous climate change, according to a seminal report on climate and health from The Lancet out in June.

“It is increasingly difficult to justify large-scale investment in unabated gas-fired infrastructure,” the report states – at a time when an explosion in carbon capture and storage (CCS) is seen as pretty implausible because of its high cost and slow uptake.

This verdict is echoed by Bloomberg New Energy Finance’s most recent energy scenario analysis.If we have loads of cheap solar, including on rooftops, and demand for electricity decouples from economic growth – as it has been doing in 2014 – then “Natural gas will not be the “transition fuel” to wean the world off coal”, it says.

Their modeling results in only a little bit more gas capacity than coal added by 2040 (unless you live in the US where shale gas is booming and coal is declining).

And that’s in a scenario where current climate and energy policies are used – and BNEF say it would result in over two degrees. There’s scope for the Paris climate talks later in the year to provide the framework for staying within the two degrees threshold.

Shell projects that gas demand won’t peak till after 2040 or 2050, depending on the scenario (see below).

But if we want to avoid catastrophic climate change, gas generation needs to peak much sooner (around 2030-40), according to the International Energy Agency’s (IEA)’s 450 scenario.

Both Shell and the IEA assume the roll out of carbon capture and storage, however. Without it the IEA warns new gas generation, in the relatively long term, is incompatible with the climate action. The economics of the nascent CCS technology don’t look too good, though.

In BP’s energy scenario, the figures only go up until 2035 so doesn’t indicate when it expects gas consumption to peak (or not).

But in its New Energy Outlook from last year, BP data show gas consumption growing rapidly in comparison to gas demand the IEA’s 2 degrees pathway scenarios – 450 (50% chance of keeping global warming within the 2 degrees threshold) and ‘bridges’, the pathway to transition to two degrees.

(We’re assuming consumption and demand are equivalent as long as demand is supplied.)

Also, you will notice that BP’s level of gas consumption is even higher than the IEA’s current policies scenario – which is consistent with over 5 degrees by the end of the century.

Shell did not respond to our requests for comment, while BP said of its projections on gas: “It’s what we think is most likely”.

Shell and BP’s ideas about how much gas there will be in the future energy mix aren’t in line with the current direction of travel to reduce carbon emissions.

No matter how much the companies attempt to perform sleight of hand on their intentions – whether it’s on the global climate diplomacy stage or an attempt to re-brand themselves to appeal to young people – it is looking unlikely that the oil majors’ expectations on the role of gas will be fulfilled.

And their own business models and roles in a future energy landscape like they are at the edge of a steep and perilous precipice.