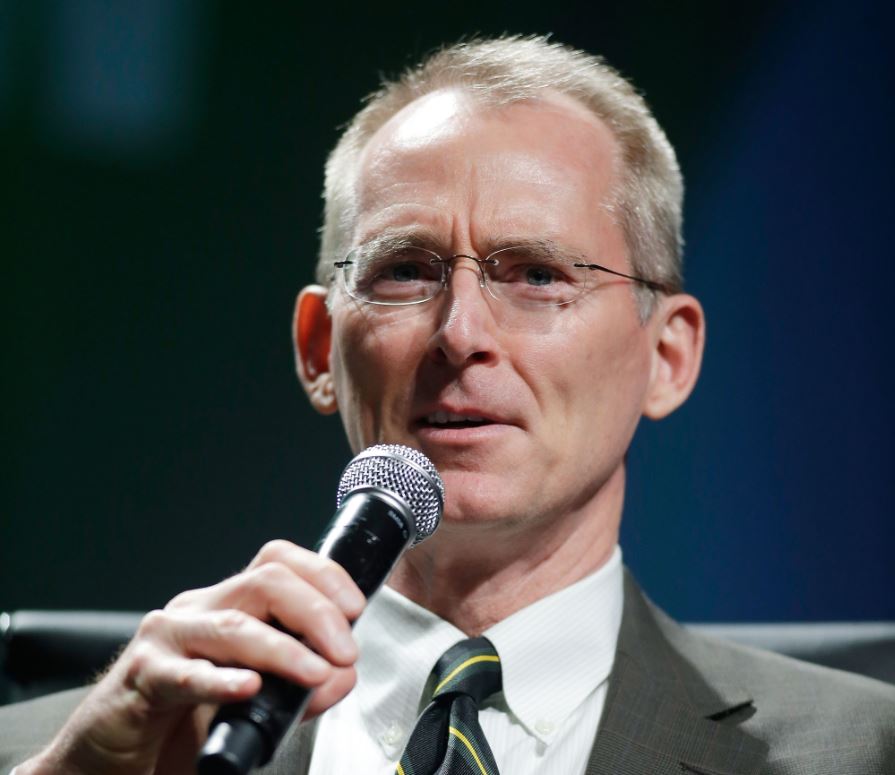 Bob Inglis is a real Republican.

The former South Carolina congressman is a free-market evangelist; he is staunchly anti-abortion; and the NRA loves him. Despite all this, he was outcast by the party years ago because, as he explains, “I committed various heresies against the Republican orthodoxy.”

Bob was defeated in the 2010 election cycle (known now as the ‘Tea Party election’) not by the other side, but by another Republican. The party opted instead for lawyer Trey Gowdy— and it was all because Bob said climate change is real, and America should do something about it.

Now Bob runs an organisation called RepublicEn, which both engages the political right on energy and climate issues and advocates for free-market solutions to carbon dioxide emissions. This year Slate labelled him “America’s best hope for near-term climate action”.

Unearthed sat down with Bob to discuss the genesis of climate change denial in the Republican party, what can be done to change things, and how energy and climate will manifest in the 2016 presidential election.

“I think a lot of the cause of our decline into this very dark period of rejection of science has to do with the great recession,” Bob began with all the folksy charm you’d expect of a South Carolina politician.

“Once we feel more confident about where the economy is going I think we’ll see America return to its normal DNA which is ‘problem solver’. We sort of departed from our DNA for a while there. We had an aberration going: populist rejectionism. It’s rejection of the science of climate change, it’s rejection of all things Obama, it’s rejection more fundamentally of the idea that we come together to solve really big challenges.”

According to Bob, when the economy crashed, people wanted sympathy and understanding, they didn’t have the headspace to listen to solutions or accept challenges. Climate change denialism, he believes, is a symptom of the political age in which opposition to ideas outnumbers ideas themselves. And it’s true that, back in 2008, the Republican presidential candidate John McCain advocated for action on climate change. Of the current batch of GOP contenders, just one of the 16 does not dispute man-made climate change — Bob’s fellow South Carolinean Lindsey Graham, currently polling at less than 1%.

Bob also observes that fossil fuel interest groups capitalised on anger born of the financial crisis, directing it towards the climate change cause: “Some people with some campaign cash picked some well timed campaigns that created a wave on top of the high tide of discontent.”

Yo, that is anathema

But the root of Republican resistance to tackling climate change is that the proposed solutions don’t gel with their ideology.  “If the solution is anathema, we naturally doubt whether we have a problem. The mind just dismisses it,” he says. “So far the solution has been a bigger government that taxes or regulates or sets up a cap-and-trade scheme for the insiders. Yo, that is anathema to conservatives.”

What Bob and RepublicEn propose is a carbon tax, the revenues of which are offset by corporate and personal income tax cuts. It’s a win-win, they claim.

Both sides need to show grace

At the moment Democrats have a monopoly on the climate change issue, and that means it is deeply partisan. Bob says both sides need to change for the politics to change and for a bipartisan solution to emerge.

On the right, Bob says leadership is required: “It takes some courage on the part of the first hand-raisers to break out of that ghetto of thought. But once that starts, and there are some indications that it is starting, I think the tipping point will come pretty quickly.”

He cites the Pope’s encyclical, his upcoming address to a joint-session of congress and the renewable energy boom as game-changing events.

Throughout our talk, Bob likened the right’s resistance to climate action to the parts of the left’s problem with genetic modification: “Our group is usually the one that wants to listen to scientists. We think it’s the crazy enviros that have no scientific basis on which to reject GMOs, for example. Of course we want to modify corn to make it more productive; of course we want to follow the science there.”

But, according to Bob, Democrats have just as big a role to play in decontroversialising of the climate change issue as stubborn Republicans.

“I understand why it works for the environmental left to name and shame folks on the right about climate. It’s great for fundraising, it creates energy and enthusiasm in the base, but it is absolutely toxic to fixing the problem.”

Turning psychiatrist, he says the Republican party has an ‘inferiority complex’ about climate and energy, and asks: “How do you approach a business partner who has an inferiority complex but is absolutely essential to the deal?”

“Well, you need to figure out some way of building up your business partner’s self-esteem so that you can go forward together. So we’re going to need grace from the political left to switch off of a regulatory, big government approach.”

Ultimately Bob is optimistic about the future of his cause. With the recession in the rear-view mirror, key players like the Pope coming onside and a presidential election underway, now is the time for the Republican party to progress on climate.

If they can avoid a North Carolina Senate debate moment, that is.

When I asked him about the Fox News presidential debate, he was animated: “Climate wasn’t mentioned at all in the prime-time debate! But I listened nervously when the question went to Mike Huckabee about the EPA. I thought ‘oh no this is going to be it’.”

Nothing happened in the end, Huckabee gave a straightforward answer about smaller government. “I was just grateful that he didn’t take the opportunity to dismiss climate change,” Bob says. The party had narrowly avoided a climate politics catastrophe.

Bob directed me towards a debate earlier this year between candidates standing for the Senate in the state just above his. When a question was asked about whether climate change is a fact, the audience laughed and all four said no without hesitation or explanation.

Bob says the question has to change. “It needs not to be ‘do you believe’ or ‘is it a fact’ because then that sets up the need for the candidate to answer in a way that affirms his or her membership in the conservative tribe.

If the Republican primary can avoid the kind of identity politics climate question then Bob sees a ‘breakout opportunity’ for candidate.

“He or she has to be firmly in the tribe,” he qualifies. “My problem in my race was I got too marginal to the tribe, I was too far in front of them.”

He says: “I think Lindsey Graham put it very well the other week. He said: ‘If I’m the nominee, we’ll be debating solutions not the science’. And that’s just the perfect framing.

“I think some of the majors will pick up that really helpful insight from Lindsey Graham, and see it as their opportunity. I hope that somebody like John Kasich, maybe Jeb Bush, maybe Rand Paul — I can see any of those guys as possibilities for picking up the Graham framing.”

Basically, so long as they stop fighting over climate science, Republicans can take a leading role in shaping American energy policy for decades to come. If they don’t, well there won’t be any alternative to the Obama energy agenda.