China air pollution: Things are getting better but most cities are still super smoggy 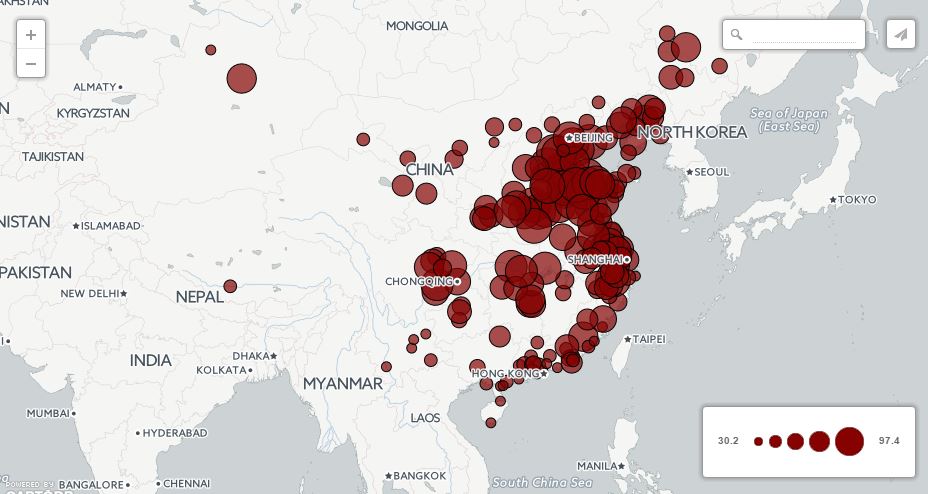 More than three years on from its infamous ‘airpocalypse’, China’s pollution levels are dropping at an average rate of 12% a year following emergency government action.

Now that’s not to say China’s air is suddenly clean; nearly 80% of the 376 cities monitored by Greenpeace East Asia have dangerously air pollution levels, exceeding both national and international standards.

The toxic PM2.5 particulate was particularly prevalent in the industrial regions surrounding capital city Beijing; Henan and Hebei provinces were among the worst.

The middle of the country also performed poorly in the quarterly rankings, with Hubei Chongqing, Hunan and Xinjiang all in the 10 dirtiest provinces (out of 23).

On the cities front, 29 have actually seen an increase in PM2.5 pollution in the last year; Zhuji in Zhejiang got 30% dirtier, and Zhengzhou in Henan climbed from ranking 29 all the way to number 2 after watching pollution grow by more than 21% in the last year.

This is what happens when you turn off coal

The smog in Beijing is declining faster than the smog elsewhere in country, with PM2.5 levels down 15% from one year ago.

And something pretty incredible happened in the Chinese capital this past quarter. It met the national air quality standards for the first time ever.

As I reported from Beijing back in August, the government switched off coal and industrial plants in the region and cut car use in the city in preparation for the parade marking the 70th anniversary of the end of World War II.

It really was ‘Parade Blue’ and you can see from graph below what a difference that fortnight made to the state of Beijing’s air.

The capital, which bore the brunt of ‘airpocalypse’ media blitz, has been a special pollution clean up focus.  On the other hand, Shanghai, which has never been all that polluted, saw its PM2.5 uptick marginally over the last year.