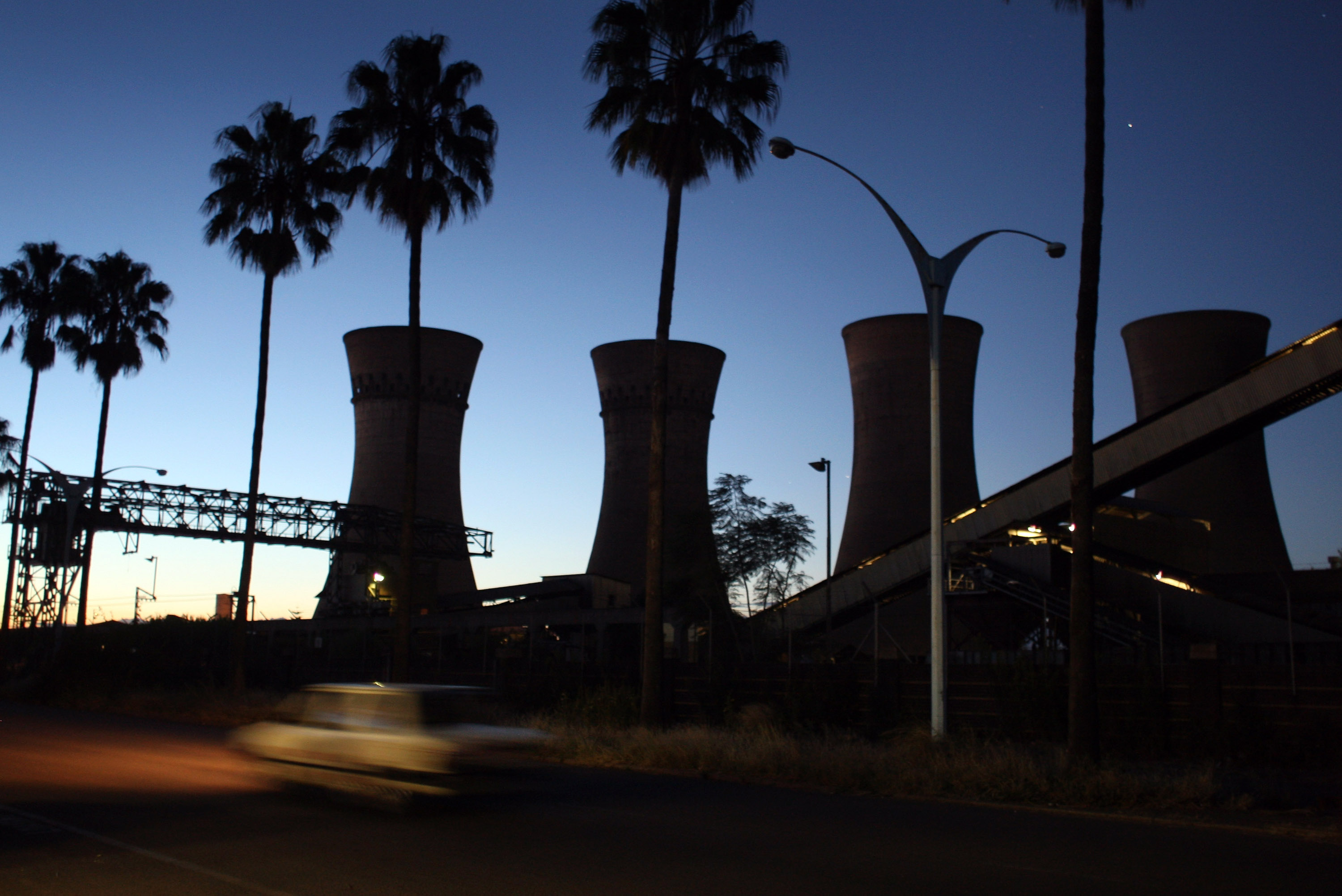 The World Bank has provided fossil fuel projects with more than one and a half times the amount it provides to renewables projects between 2010 and 2014, a recent study found.

The figures from from researchers at Brown University and the Institute of Policy Studies (IPS) reveal financing for coal projects – the most polluting of all fossil fuels – leapt 642% between 2007 and 2008, despite the Clean Energy Investment Framework being approved just a year earlier in 2006.

The findings – released just weeks before the big climate negotiations in Paris in December – contradict the international development bank’s rhetoric on climate change centred around threats to development gains.

The UK, meanwhile, spends twice as much of its development aid on fossil fuel projects as renewables according to a separate report from the Overseas Development Institute (ODI) on behalf of relief agency Cafod.

Economic development at the cost of the climate

The World Bank aims to end extreme poverty and promote long-term economic development. It does this by offering guarantees to investors for projects to protect investments from risk.

It is no longer the world’s largest energy lender, but its influence on global development finance is still significant. Its funding for energy projects increased from $6.8bn between 2000-2004 to $24.5bn in 2010-2014. 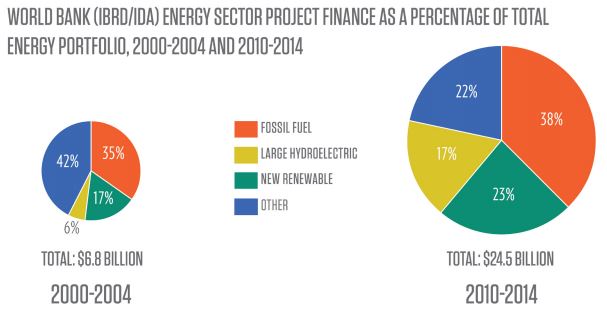 [“Other” in the above chart, which has also grown considerably, includes landfill gas recovery, biofuel and energy infrastructure, planning and electrification projects that were not clearly identified as fossil or renewable.]

“If the World Bank of IFC [the International Finance Corporation, member of the World Bank Group] indicated preferential finance for renewable energy, that would change a lot,” Dr Thoko Kaime, a researcher in the right to energy and energy democracy in Southern African countries, told Unearthed. “The potential for solar, wind and hydro in Southern Africa is massive.”

Many countries in Southern Africa have very low rates of access to energy, and it is difficult to attract investment without financial backing – particularly for more smaller or more distributed sources of energy such as rooftop solar or community projects.

The Brown/IPS study urges an immediate end to coal financing and oil investment phase-out. It also wants the World Bank to reassess its approach to financing natural gas expansion, so as not to “lock in” countries to non-renewable energy sources with expensive infrastructure.

The ODI report found in the UK $2.2bn was spent in poor countries to help build coal power plants and other fossil fuel energy projects. Much of this was provided through export finance to help British companies operating abroad.

An Unearthed analysis in January showed that UKEF (UK Export and Finance) had pledged £1.76bn of taxpayer money to support fossil fuel industry deals between 2010 and 2014.

In 2013-14 the agency supported deals between British companies and Petrobras – the Brazilian state oil company involved in a huge corruption scandal – to the tune of £380m.

A number of bilateral and multilateral banks including the US Export-Import bank and the European Bank for Reconstruction and Development announced in late 2013 that they would stop investing in coal.

In the same year the World Bank also said it would stop investments in coal except in “rare circumstances”, and they recently acknowledged that it is not a cure for poverty.

Meanwhile the African Development Bank’s new president wants to mobilize $55bn for energy investments from within the continent in the next decade – focusing on renewables without ruling out coal.