US fracking stalls as drillers head for bankruptcy 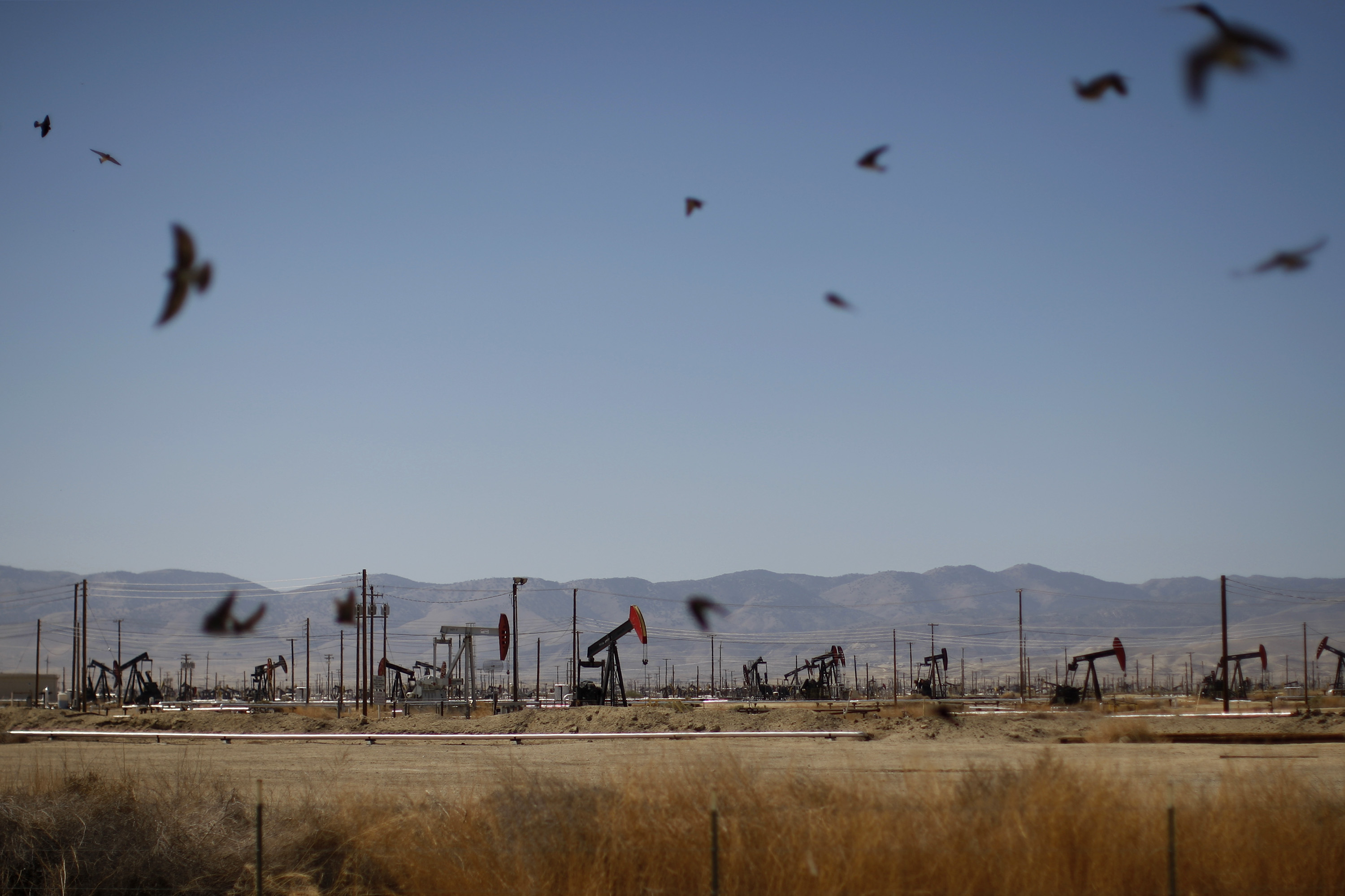 US frackers are being pushed to the brink of bankruptcy by the low oil price, according to new data from energy analysts at Haynes and Boone.

Experts have warned further bankruptcies could leave wells across the country orphaned and environmentally hazardous. 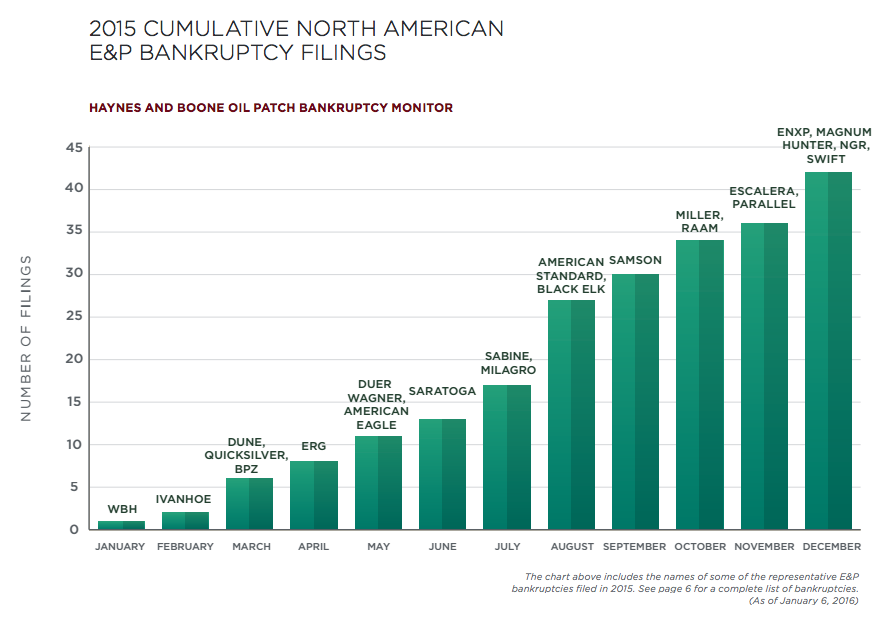 The number of oil and gas rigs in the US is falling at a record-breaking rate, with the 571 currently in operation the fewest since March 2010.

Should the oil price stay roughly where it is, Baker Hughes sees the country’s well count falling by a further 30% this year.

Professor Paul Stevens from Chatham House, however, told Unearthed: “The wells aren’t just going to go away, they’ll still be there.”

He highlighted the issue of orphaned wells, which is when companies fail to take responsibility for capping wells they have abandoned — potentially leading to all sorts of environmental hazards.

“If you start to get bankruptcies all over the place you’re going to get a lot of orphaned wells,” he said.

According to a 2011 study by the US Groundwater Protection Council, orphaned wells cause around one out of every five oil and gas water contamination incidents in Ohio and Texas.

Pennsylvania, where fracking has flourished, was left with 8,371 orphaned wells in 2014, and only had the resources to plug 48 of them.

You can imagine small drilling companies are unlikely to clean up after themselves should they go bust, and so this looming fracking financial crisis has an environmental dimension.

“Many of these small shale companies will likely go bankrupt, and this is particularly true if interest rates start to rise,” Professor Stevens said.

“A lot of these operators are so highly leveraged that when interest rates go up they will be technically bankrupt.” 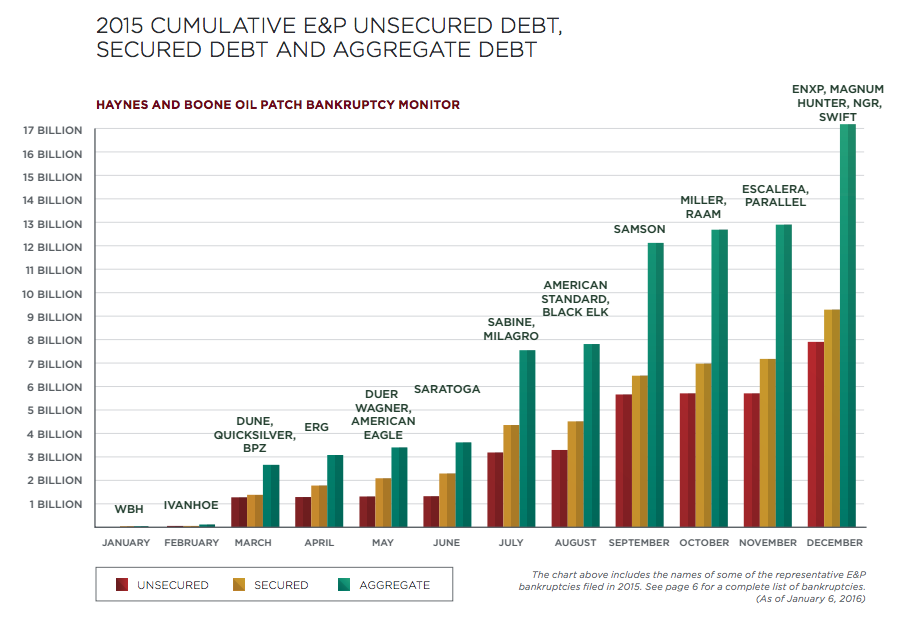 This, however, doesn’t mean the end of fracking in the US — far from it.

Since the oil price started to fall in the second half of 2014, production hasn’t actually slowed down, as this new report from Wood Mackenzie explains.

And The Telegraph recently reported that hedge funds and private equity groups in the US have a $60 billion warchest for buying up fracking assets from bankrupt drillers, with an eye on ramping up production when the price inevitably goes up.

Though keen to stress the volatility of the oil price, Professor Stevens raised an interesting idea of what role US fracking could play in determining where it goes.

First off, he said drillers will keep on producing oil and gas “so long as they’re covering variable costs and making some contribution to fixed costs”— meaning that any earnings greater than their variable costs (est $20) will go towards servicing their debts.

“Of course it will have a much greater impact on long-term supply because at these prices you won’t get new build.”

But just a small increase in the price will see a number of unfinished wells finished. This is the fracklog, the oil and gas sites ready to be plundered as soon as the economics make sense.

It refers to the backlog of US shale wells that have been drilled but not yet brought into production.

They’re sometimes known as “drilled but uncompleted” (DUC) or “waiting on completions”.

“If for any reason the oil price starts to rise, we now have a ceiling on oil prices called the fracklog, so if the price gets above a certain level – possibly $50 to $55 a barrel – then all those incomplete wells will be completed,” Professor Stevens said.

The fracklog is actually not as big as it was in late 2014 when there were around 4,500 incomplete wells.

But, according to data from Rystand Energy, the average time a well stays on the fracklog is growing, with firms seemingly holding out for even modest gains in the oil price.

Fracklog wells used to be completed in around 3 months; now it’s more like 4 or 5.

Though this is interesting in that it’s one of several ways that the US oil and gas sector is managing the low oil price, it’s particularly pertinent because it suggests the price has a ceiling of around $50 before US production shoots up and inevitably depresses the price all over again.