Comment: How does UK government treatment of nuclear compare to that of renewables? 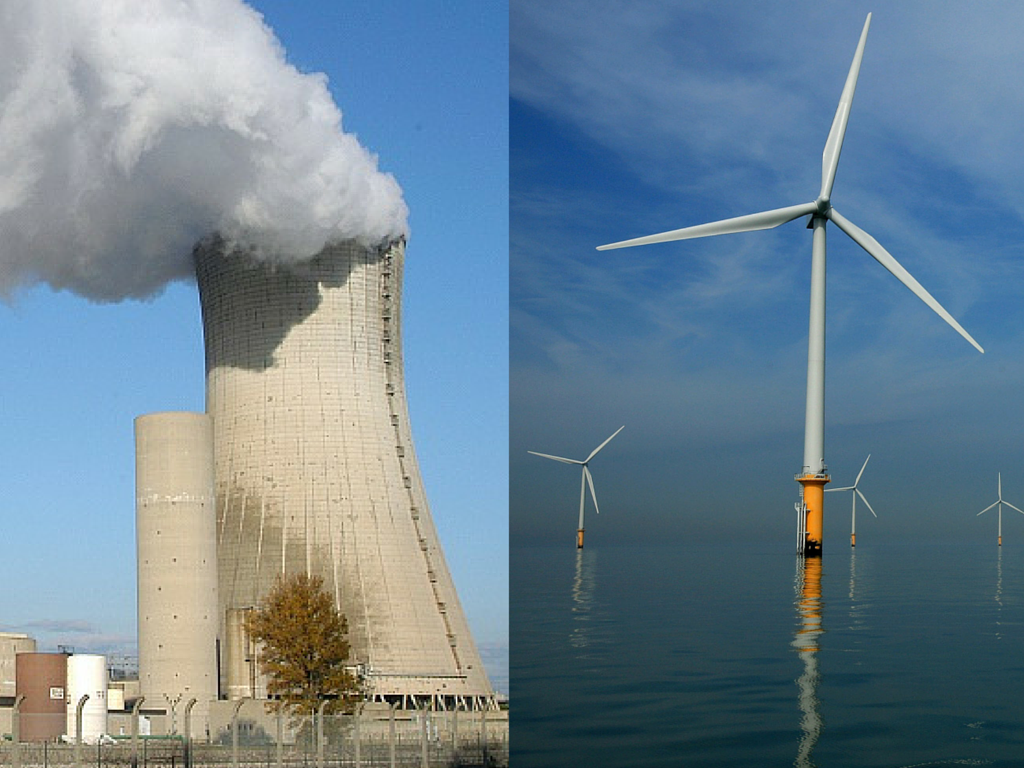 As the UK seeks to implement its Paris promises to cut our emissions ministers are – we’re told – pursuing a “technology neutral” energy policy. In short, they don’t care what it is, so long as it works and doesn’t cost way more than the alternative.

So we thought it worth asking the question: How well is the government currently doing when comparing the two most important options for low-carbon power: nuclear – and the contract for Hinkley Point C – and the suite of technologies called renewables?

To define our terms a little – we’re principally looking at solar and wind, and at the central contracts grants (‘CfD’), although much of the insight could also be applied to the feed-in-tariff regime and to renewable tech like anaerobic digestion.

I’ve tried comparing treatment across 3 areas, costs, risks and governance. And – because we’re geeky this way – we’ve compiled the results into 3 tables. Here’s the first one on costs:

In the case of renewables they are getting the better deal in one respect. The “system costs”, such as the cost of changing the way the grid works to be more responsive to demand and supply is left out of the ‘strike price’.

That said the evidence, for onshore wind at least, is that even with these costs the bill-payer is paying less than it will be for Hinkley.  The same can’t yet be said for offshore.

How about risk? The above table is based on what we think it will cost today, but that is just a projection, when it comes to nuclear and renewables how are the risks shared?

Here the first 2 risks carried by the taxpayer are those that are particular to nuclear as there’s no equivalent for renewables.

The 35 year contract also means the taxpayer (or billpayer in this case) carries the lock-in risk that, in 15 years time, everything else will be massively cheaper and this will appear one of the worst investments they have ever made. But they’ll be stuck paying for it.

The prospect is made worse with the renegotiations of some of the components of the costs allowed for in the Hinkley contract.

Hinkley is also getting a loan guarantee (which ensures lenders to the project get their money back even if construction goes awry), which is not being offered to any wind or solar project.

Finally, how does governance look? By governance I mean the way or manner in which policy is delivered and managed.

Contacts for nuclear power are awarded through a closed negotiation process where no threshold for price has ever been set.

Renewables are now in a situation where they have to competitively bid for contracts, if they have an option to do so – which isn’t always clear.

Despite failure to deliver, well, anything, over the past 10 years since an Energy White Paper supporting nuclear in 2006, support from govt remains rock-solid for nuclear, whilst renewables have been subject to changing support levels, often sharply at very short notice.

Overall It’s a very telling pattern in almost every department – other than the sharing of system costs – nuclear is treated more favorably than wind.

Is Government moving to redress any of these unfairnesses? Well there is one –  system integration costs, the only area where renewables have a decisive benefit, is indeed being looked at with a view to including those in contract prices for renewables.

Governments are, of course, entitled to make choices. But what UK Government cannot do is argue that its preference for nuclear is anything other than a longing for its particular pet projects to go ahead, despite consumers paying greater costs, carrying higher risks and their administration being biased and incompetent.