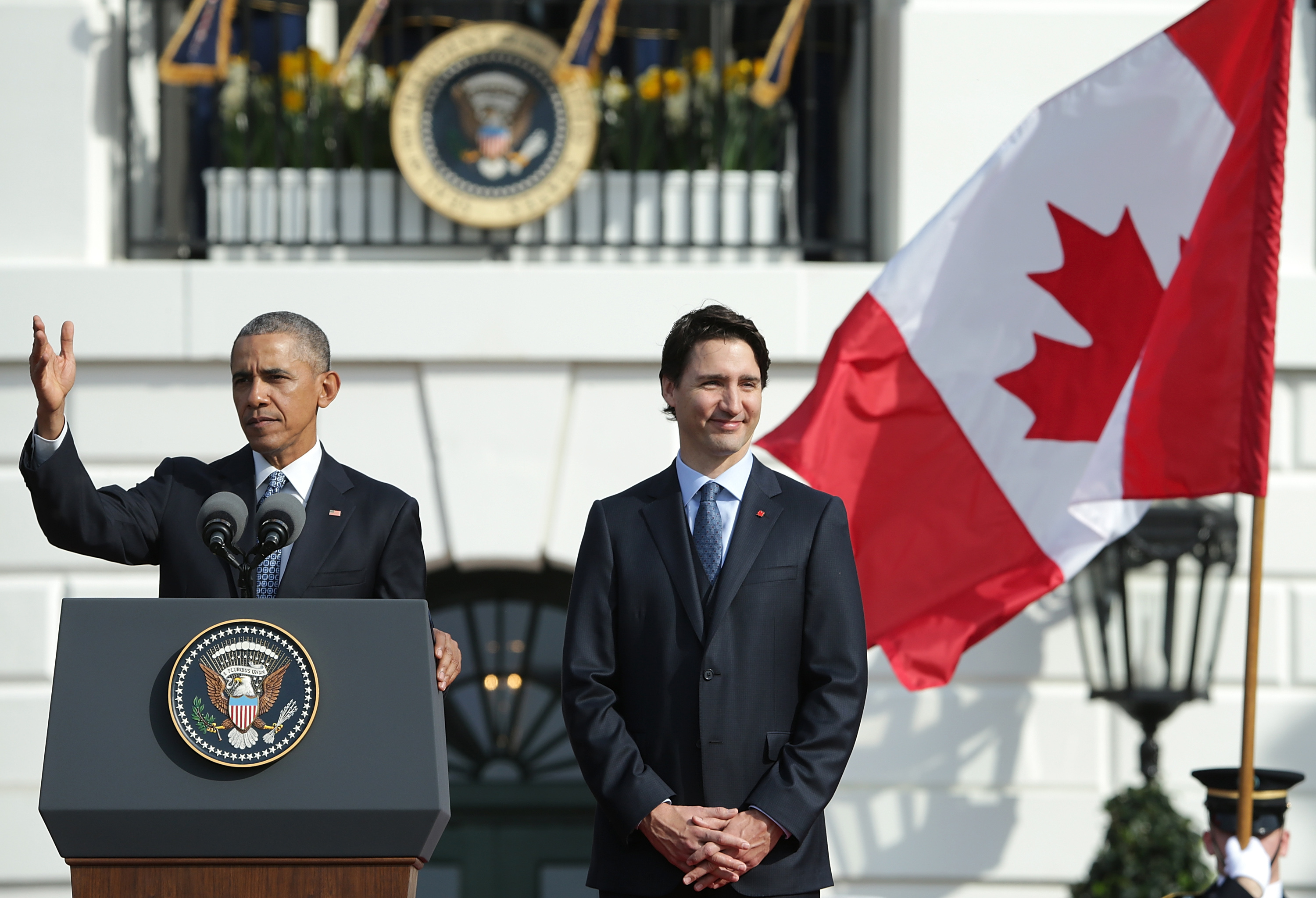 This is a crosspost from PriceofOil.com

Canada and the US released a joint statement on climate, energy and Arctic leadership during Prime Minister Trudeau’s official Washington visit — to great fanfare.

Finding themselves on similar pages when it comes to the need for action on climate, Trudeau and Obama used the opportunity to focus on the potential for bilateral action in the post-Paris world (or the beginning of the end of the fossil fuel era as some like to call it).

So was it all that it could have been and more? Not exactly, but it definitely showed promise and provided a glimpse of what could be the start of a fruitful alliance for our shared climate. Here are a few highlights.

1. Arctic leadership. The statement suggests that both countries are ready to step up their game when it comes to Arctic protection. While asserting their intention to build in “Indigenous science and traditional knowledge into decision-making”, the statement goes on to say:

There is a lot of important content packed into that one sentence. Our work revolves primarily around the climate dimension, and as we showed clearly last summer, Arctic oil has no role in a safe climate future. If both governments are serious about that clause, then Arctic fossil fuels will come off the table.

This is particularly interesting as the Obama Administration is days away from releasing its draft plan for the next five years of offshore drilling. NGOs and impacted communities have been calling for the Arctic ocean to be taken out of the plan entirely and if the statement is true to its word, that is exactly what will happen.

2. Grounds for a Climate Test. Environmental organizations on both sides of the border are pushing for an integrated climate test to help both countries evaluate proposed fossil fuel projects on the shared assumption that we are moving towards the safe climate future we claim to be striving for.

The statement may not yet say the word ‘test’, but there is a call for assessing climate impact that should lay the groundwork for it:

“Given the integrated nature of many aspects of the U.S. and Canadian economies, alignment of analytical methods for assessing and communicating the impact of direct and indirect GHG emissions of major projects, and of measures to reduce those emissions, can be mutually beneficial.

“Canada and the U.S. will align approaches, reflecting the best available science for accounting for the broad costs to society of the GHG emissions that will be avoided by mitigation measures, including using similar values for the social cost of carbon and other GHGs for assessing the benefits of regulatory measures.”

You can see the full proposal for a new climate test here, but a big first part of the ask has been for the U.S. and Canada to work together to develop analytical tools to measure the need for and impact of proposed projects in scenarios aligned with our climate goals (and climate science). This includes using such scenarios to assess the impact of lifecycle emissions of big projects. Today’s statement from Obama and Trudeau points towards this analysis, notably referring to measuring both “direct and indirect GHG emissions.”

Of course, this needs to be followed by making infrastructure decisions based on this shared analysis as well as both domestic and international climate goals. So while there is still plenty of room and need for detail and a commitment to using this review to make decisions, the statement today could mark a first step towards implementing a meaningful climate test.

3. Methane Regulations. Targeting existing oil and gas infrastructure to cut methane emissions – a centrepiece of the joint statement – is a sorely needed and welcome move. Methane leakage rates from U.S. gas infrastructure are as high 3.8% of production, making the climate impact of natural gas greater than coal. As methane is a highly potent greenhouse gas, addressing this problem could not be more urgent.

The recent uncontrolled methane leak in California was also a devastating example of why we were demanding such regulations must be a priority. Sharing best practises across the border is also a good move, but ultimately, it needs to go hand to hand with the recognition that the fossil fuel production driving these emissions is also going to have to slow to a halt by the middle of the century.

4. Ending fossil fuel subsidies. While there is nothing new in the statement about putting an end to handouts to big oil, coal and gas, there was a reaffirmation that both countries know it is still on the to do list.

Both countries have promised to put an end to the billions in handouts (by our calculations $1.6 billion federally in Canada and $17.2 billion federally in the U.S. annually for fossil fuel production alone) as part of their G20 commitments, but it is a promise that has been kicking around for over 6 years and has seen little action.

In the statement, the countries…

It is too soon to tell if this new iteration will translate into real action, but we don’t have to wait long to see what Canada’s intentions are with the new government’s first federal budget due to be tabled on March 22nd. It is a perfect opportunity for Prime Minister Trudeau not only to live up to his campaign promises on the issue, but to show that all of this rhetoric has some teeth.

There are many other notable pieces in the statement, including scaling up ambition on clean energy initiatives, and collaborating on energy efficiency and climate change adaptation as a few examples – all of which will surely be analyzed further over the coming days and weeks.

Missing from the statement was anything meaningful about the pace and ambition of decarbonisation plans and economic and energy diversification at the rate needed to build zero-carbon economies by mid-century (in line with what science tells us is needed).

With regional economies suffering the latest blow from the boom and bust oil cycle, the timing has never been better to combine long-term economic planning with ambitious climate efforts to keep fossil fuels in the ground and build robust, resilient, clean energy economies. There are hints of such intentions in the statement, but the sooner we are loud and proud about the innovative carbon-free economy we need to create, the better.

Overall – this looks like a new era for bilateral opportunities in building a safer climate, but as always, the proof is in the action, not the statements. And the way rhetoric becomes action is if we make sure it does with continued campaigning, pressure, accountability and work to ensure politicians feel the heat to catch up with what science demands for a shared safe climate future.