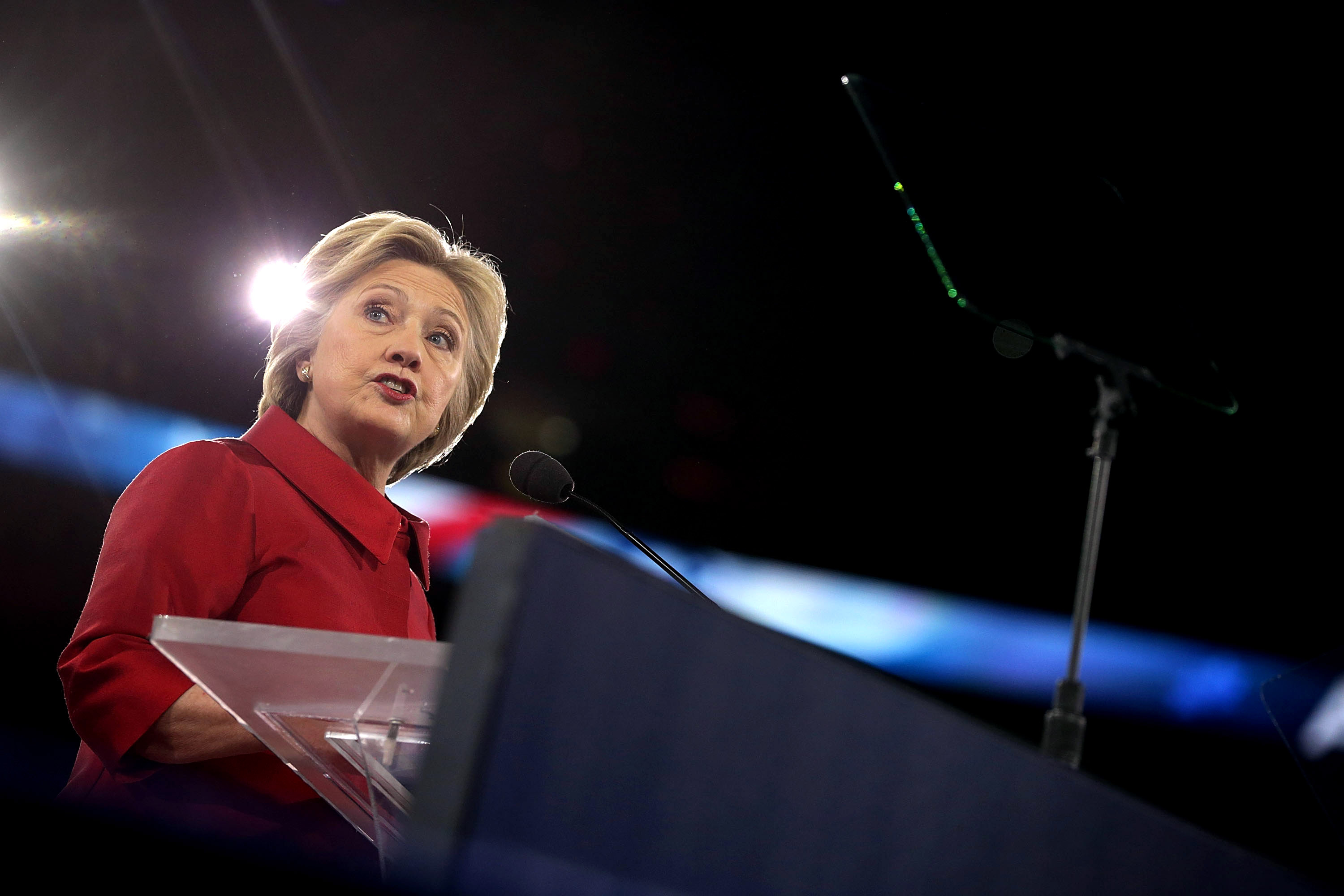 The Democratic presidential primary caught fire late last week, and a Greenpeace/Unearthed investigation was at the heart of it.

At a campaign rally in New York, Hillary Clinton was caught on camera losing her patience with an activist who had asked her to “reject fossil fuel money in the future”.

The presumptive nominee and odds-on-favourite for the White House rejected the insinuation that she takes money from fossil fuel companies, claiming she only gets donations from people who work in the industry and decrying what she sees as lies perpetrated by the campaign of her rival Bernie Sanders.

In the days since the video went viral, Clinton and Sanders have repeatedly clashed over our donations data.

Here’s an attempt to cut through the intra-partisan warfare:

How much money has Hillary’s campaign received from the fossil fuel industry?

The answer is, as Vox says, ‘complicated’.

According to Open Secrets data, Clinton’s campaign has received around $330,000 in donations from employees of the fossil fuel industry.

But that isn’t the whole story.

Revealed: The fossil fuel tycoons trying to buy the US election

Who are the most fossil fuel funded presidential candidates?

Lobbyists for the fossil fuel industry – 58, to be exact – have contributed and bundled (which is essentially fundraising) nearly $1.5 million for the Clinton campaign.

And then there’s her Super PAC: Priorities USA Action.

In our investigation last month, we identified $3.25 million given to Priorities by megadonors (more than $100k) with ties to the fossil fuel industry.

Add all these together, and that’s how you get the $4.5 million figure being bandied around at the moment.

So Hillary received $4.5 million in donations from fossil fuel types?

The $330,000 came from employees of the fossil fuel industry.

Meanwhile the lobbyists – who also represent other industries – have worked for, among others, oil and fracking companies.

It’s worth noting that, in 2008, President Obama chose to reject all contributions from lobbyists.

The millions given to her Super PAC by megadonors with significant fossil fuel holdings isn’t so cut-and-dry because, well, she’s not actually in charge of her Super PAC.

That said, Priorities – which is packed with close friends and allies – may well listen to her if she called on them to refuse fossil fuel money.

Or, y’know, she could choose not to have a Super PAC like Bernie Sanders.

What about the Super PAC megadonors? Who are these people?

Sussman, the founder and chairman of the hedge fund Paloma Partners, which has investments in energy companies Phillips 66, AGL Resources and Occidental Petroleum, has given Priorities $2.5 million.

While we’re at it, let’s take a quick look at those lobbyists.

These guys have lobbied for everything from pipelines and petcoke to fracking and BP.

If you want a more detailed overview of the data then do check out this overview by the Greenpeace US research team.

Now that that’s settled, is the $4.5 million (with some asterisks) a lot?

I mean of course $4.5 million is a lot of money, and Sanders – who has made a point of not accepting corporate money – has accepted a pittance ($50,000 from fossil fuel employees) in comparison.

But the current political landscape has turned things completely upside down and so $4.5 million is actually only 2% of the $222 million raised by the Clinton campaign and its Super PACs.

And the fossil fuel industry has bet big on the Republican party for years now.

In the 2012 election cycle, 90% of fossil fuel funds were in support of Republican candidates.

And this time round, as our investigation found, Clinton’s Super PAC came in sixth place among fossil fuel donations, with its $3.25 million dwarfed by the $30 million given to Jeb Bush’s PAC, the $25 million for Ted Cruz’s PAC, and the $7.7 million handed over to Marco Rubio’s.

For context, compare the $3.25 million Priorities raised vs the near $16 million Clinton’s actual campaign raised from small (aka less than $1k) donors.

But does it mean Clinton owes Big Oil some favours?

If that’s the way things work then the fossil fuel industry will have to get in line — behind bankers, unions and Hollywood actors, all of whom have given her way more.

Some critics (Greenpeace included) have pointed out that Clinton has been pretty pro-fracking the past and took an awful long time to come out against the Keystone XL pipeline.

There’s a nugget of truth here, but really Clinton has been campaigning on a strong environmental message for a while now.

For all the hand-wringing, she is now against Keystone. She is now in favour of improved fracking regulations. She’s loudly and proudly for clean energy. And she is against Arctic oil drilling.

The Arctic is a unique treasure. Given what we know, it’s not worth the risk of drilling. -H

She may not be quite as gung-ho an environmentalist as Sanders, but by-and-large hers is a pretty green campaign.