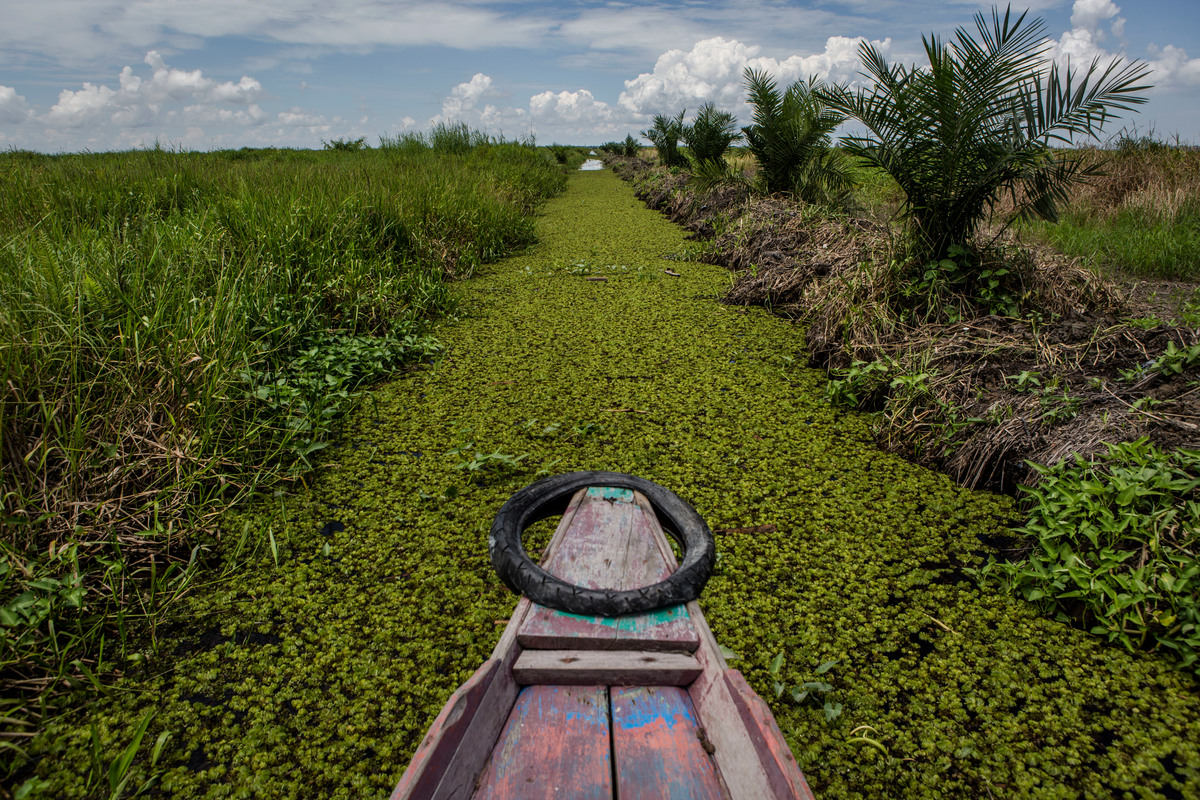 One of the world’s largest producers of palm oil appears to have defied instructions from the Indonesian government to stop practices that could cause a repeat of the extreme forest and peat fires of 2015, a new investigation has revealed.

In November last year, the Ministry of Environment prohibited the palm oil industry from planting commercial crops on already burned land and instructed companies to ensure primary canals are blocked to prevent land being drained.

Evidence unearthed by a Greenpeace Indonesia field investigation in April suggests that IOI has in fact violated these new rules.

This comes as US commodities giant Cargill, which had been the last major firm to continue working with IOI after its sustainability certification was revoked by an industry body, issued a seismic ultimatum.

According to a statement seen by Unearthed, Cargill has given IOI until July 15 to issue a responsible sourcing policy and sustainability implementation plan or else it intends to suspend business relations.

It will also require IOI to establish a formal public grievance process by mid-September.

Since the Roundtable on Sustainable Palm Oil (RSPO) revoked its certification in March, IOI’s share price has tanked, its credit rating has been placed under review and – perhaps most damning – its major customers are in the process of cancelling contracts.

Cargill’s move follows punitive actions by a string of household names, with US food giant General Mills the latest to ditch the controversial palm oil producer.

Earlier this month, IOI dropped a lawsuit over its revoked sustainability certification, prompting speculation that it would lobby to rejoin the RSPO.

The new report – Burning Issue – lists a string of broken promises, most notably a commitment in January 2014 to refrain from draining all areas of peat on its land.

But there is clear evidence that since then canals have been dug to drain peat in PT Bumi Sawit Sejahtera (PT BSS), one of IOI’s concessions in West Kalimantan, part of Indonesian Borneo.

Dry peat is extremely flammable, and it’s no surprise that large parts of this concession went up in smoke in both 2014 and 2015.

The impacts of this drainage extend far beyond the boundaries of the concession.

Surrounding areas also drain and dry out, making them more vulnerable to fire and subsidence as the peat collapses in upon itself. Yet IOI fails to recognise the damage being inflicted on the whole landscape.

IOI appears to have also ignored efforts by the Indonesian government to prevent a repeat of last year’s devastating fires, including ministerial instructions to block drainage canals and refrain from planting oil palms in burnt areas.

Field investigations in April revealed that in PT BSS, canals still flow freely and the green fronds of newly-planted palms wave above the scorched earth.

IOI is clearly concerned about loss of its RSPO certification and the customers it is haemorrhaging as a result.

It has even resorted to legal threats, launching a case against the RSPO itself, despite being a founding member with a seat on the board.

Earlier this week, it dropped the case raising the distinct possibility that it hopes to use today’s RSPO European Roundtable in Milan as an opportunity to lobby for its suspension to be lifted so it can woo back its customers.

It has produced a new action plan which it claims addresses the RSPO complaints. Yet it’s little different from existing policies and plans.

It’s lacking on many levels, including: weak proposals for mapping peat and forest areas; no measurable goals or timelines; no plans for ending peat drainage and restoring drained areas; and no plans to publish maps of all its concessions.

Many of the customers IOI has lost are also insisting that if it wants their business again, IOI has to go beyond the comparatively weak standards of the RSPO.