“One day, we will win”: The fight to protect Indigenous lands from Brazil’s hydrodam plans 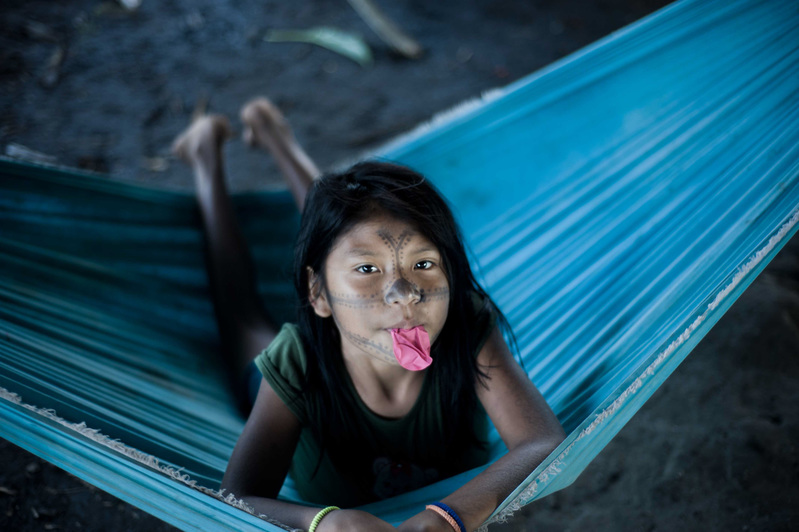 On top of a hill overlooking the Tapajós, the fourth-largest tributary of the Amazon in Brazil, lies a village of around 130 Indigenous families, who live between the river and their small fruit and manioc farms.

Walking tracks lead deep into the forest to where men hunt and women gather spicy ants to flavour their cassava flour.

This village of wood and palm-thatched houses, and the area surrounding it, is called the Sawré Muybu. It is one of many Indigenous villages along the Tapajós River that are home to the Munduruku people.

In just a few years this village may find itself an island, surrounded by the reservoir of a large hydroelectric dam. Others nearby will be underwater.

The São Luiz do Tapajós dam is the first of four slated to be built on the Tapajós River. This first dam would block the river, creating a reservoir that would submerge an area nearly the size of New York City – including important parts of the Sawré Muybu Indigenous land.

The project has attracted significant international interest. A group of western companies, including French state-owned EDF, have set up a group to study their options in the region. Chinese firms are also reportedly interested, and so is German giant Siemens, and US General Electric who manufacture the turbines used in these projects.

Whether or not the Munduruku have any say in the plans hinges on how this land is officially recognised under Brazilian law.

The dam licensing process has stalled due to a report from the Brazilian Indigenous agency FUNAI which states that this is Indigenous land.

In a last-ditch action before her impeachment, outgoing Brazilian president Dilma Rousseff moved to have these lands approved for federal recognition as Munduruku Indigenous Territory by the Justice Ministry, a move that may have killed the project.

As a result the invitation for bids for contracts to participate in building the dam – set for August – has recently been postponed by Brazil’s interim president Michel Temer.

But the change to a government that is hostile to environmental licensing means the political weather is again uncertain.

“The government says we don’t exist in this land. The government doesn’t want to recognise us,” a softly-spoken young Munduruku woman (who prefers not to be named) tells me.

“Indigenous women are warrior women, we will fight to the death. And one day, we will win.”

If the dam is built, it would mean the permanent relocation of Indigenous people, officially forbidden by the Brazilian Constitution outside of times of war or disease outbreaks.

That may be why Maurício Tolmasquim, president of the Energy Research Company – which is part of the Brazilian Ministry for Mines and Energy – has denied that the Munduruku have lived on the land for any longer than 30 years or so.

“For us this land, this earth, is very important,” says Chief Arnaldo Caetano Kabá Munduruku, the Chief-of-Chiefs of the Munduruku people. He wears traditional Munduruku beaded straps across his chest made from seeds, and a red feather cap – traditional for important occasions.

“God gave it to us, to care for her and preserve her forever. We take care of our land. We always nourish her. She nourishes us every day, us and our children,” he says.

The Munduruku people – who number around 12,000 in total, all along the Tapajós River – say that they are living in a state of war.

So they are “self-demarcating” the Sawré Muybu land, with the hope of prompting official approval from the government.

To do this they are putting up signs around the perimeter of a 700 square mile expanse of Amazon jungle. It is arduous and dangerous work, especially on the so-called “dryline”, the border deep within the forest where small-scale gold miners and illegal loggers lurk.

The day before the attempt to demarcate the dryline, a military police officer was killed in an ambush close to the village. The officer was accompanying an illegal logging operation with the Brazilian environmental agency IBAMA.

Gold miners – already numerous in this part of the Amazon – use mercury in their prospecting, which runs into the river. Mercury is poisonous to humans.

More roads, such as those used to transport machinery to dam construction sites, will mean more mining and logging.

The Munduruku have seen how Indigenous people have suffered from the building of the Belo Monte dam on a neighbouring Amazon tributary, the Xingu River.

The Belo Monte is now the third-biggest by installed capacity in the world, after the Three Gorges dam in China and the Brazilian–Paraguayan Itaipu dam. Construction has just been completed.

“We have been there and we saw it with our own eyes, what the dam has done to the fish. Everything is finished there. We went there and didn’t see any nature there,” says Chief Valto Datie Munduruku, the chief of a neighbouring village within the Sawre Muybu. 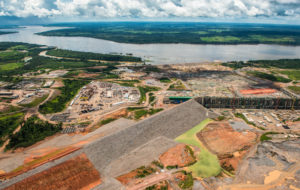 Indigenous people impacted by Belo Monte – such as the Kayapó and the Juruna, among others living in the so-called Xingu Bend – were not consulted before its construction.

This was because their land was not going to be directly flooded by the project.

But in reality, Belo Monte has changed the lives of Indigenous and riparian communities completely. Those that once relied on fish from the river to eat are now dependent on government handouts for food provisions.

The local town near Belo Monte, Altamira, swelled to nearly double its size during the construction of the dam. Violence, prostitution and murder rates have rocketed. Raw sewage flows into the Xingu due to lack of the infrastructure promised by the government.

“There are still a lot of dead fish appearing every day on the river,” says journalist Sue Branford, after visiting the area last year. “They are sending out boats every day collect dead fish. One biologist told me ‘You can see the fish coming up for air; they can’t breathe because water is so polluted’”.

Federal prosecutor Thais Santi considers the destruction of Indigenous people by the Belo Monte project so severe that she has called it “ethnocide”. She is bringing a charge against the Brazilian government.

The Munduruku were among the most valiant in their efforts to protest against the construction of the Belo Monte.

They are now determined to protect their own land.

All along the Tapajós River are sacred places. The most prominent in the Munduruku belief system is the Atravessia dos Porcos, or Crossing of the Pigs, which is the site where the river itself was created by Karosakaybu, a revered Munduruku ancestor with supernatural powers.

The fish are also important. At the Garganta do Diabo, or Devil’s Throat, rapids form at the meeting of two rivers, where fish migration patterns deliver abundant food for the Munduruku once a year. Soon, it could be completely covered by the 7.6 kilometre-long, 53 metre-high São Luiz dam.

“The government is trying to lie to our people. They have not come here to the village to have the consultation, the conversation, about what is going to happen,” says Chief Arnaldo.

“But our people only say one thing: We do not want the construction of this hydroelectric dam on our river, because it is sacred for us,” says Chief Arnaldo. “We have lived here for all time. We are from here, we were created here. Because of this we will not give up.”

The whole community – apart from the children, who play with monkeys and parakeets, remaining blissfully unaware of the crisis – are locked in the struggle.

And the women are among the most determined to ensure they can stay on their land.

“Indigenous women are warrior women, we will fight to the death. And one day, we will win.” 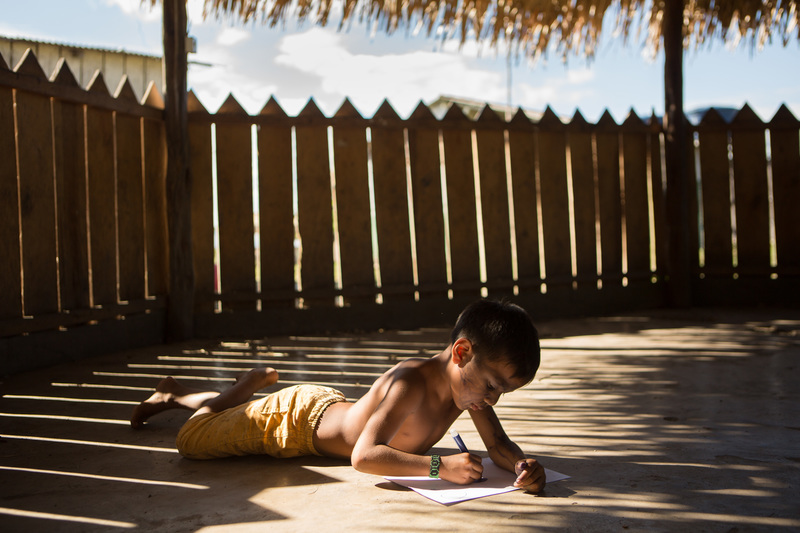