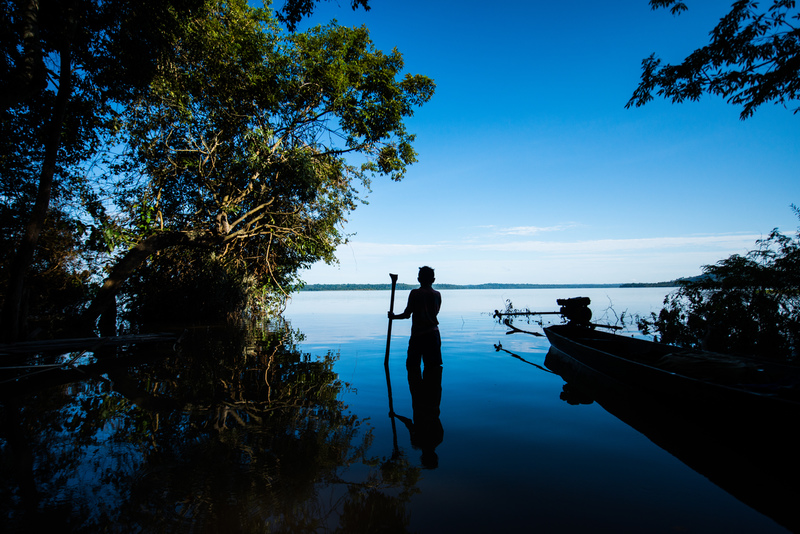 Renewed attempts by top lawmakers to remove environmental licensing requirements for “strategic” development projects in Brazil have been stalled.

The latest twist comes amidst rising concerns amongst environmentalists that that the new government in Brazil will move undermine environmental protections and may support the licensing move.

Under a long-proposed constitutional amendment, PEC65/2012, environmental licensing would be “auto-approved” once an Environmental Impact Assessment (EIA) has been submitted.

The rule could apply to any major projects considered “public works” including roads, hydroelectric dams or oil platforms.

If the rule is eventually passed by the new government it would mean that projects considered important public works, following the EIA submission, could not then be suspended or canceled.

It also means that communities affected by projects – such as those opposing the Tapajós project – would not be consulted on the plans before “auto-approval” is given.

Amazon megadam: European companies line up to bid for giant new hydro project
Brazil’s giant new Amazon dam-building project and why it matters
Analysis: Is this the end of the road for the Amazon megadam?

Proposed in 2012, the move to eliminate formal licensing was recently pushed forward by Senator Blairo Maggi, the new agriculture minister in the newly appointed right-wing government.

Senator Maggi from Brazil’s centre-right Republic Party, also known as the “soy king” due to his extensive agribusiness interests in the commodity, is a key new appointment in the interim cabinet.

The amendment was approved by the Brazilian Senate’s Commission on Constitution, Justice and Citizenship (CCJ) on 27 April, bringing it back to the Senate for the next stage.

But in a fresh twist last week, the leftist Senator of Amapá, Randolfe Rodrigues highlighted that the move should have been considered in the commission alongside another more recent amendment named PEC153/2015 – as passing the two amendments could prove contradictory.

The move led to the changes being sent back to the CCJ.

This is because the rival amendment actually calls for more assessments and sustainability planning for large projects.

This newer amendment was submitted following the Samarco Mariana tailings dam burst in late 2015, which is widely considered to be the worst environmental disaster in Brazilian history. 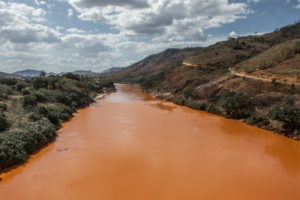 The fight over the change comes in the context of the suspension of the Brazilian president and the formation of a new, centre-right government.

The new cabinet was formed following the 12 May suspension by Senate vote of former president Dilma Rousseff. She is accused of manipulating public finances ahead of her reelection campaign, a charge she denies.

Dilma Rousseff’s impeachment is still not complete. She will face a Senate trial in the coming months, which will end with a vote.

The interim government is led by President Michel Temer, a 75 year-old lawyer who has appointed an all-white, all-male cabinet. Temer has promised to restore “economic vitality” to the country.

Many of the new cabinet ministers are themselves embroiled in corruption allegations within the “Lava Jato” corruption probe – and Temer is himself facing the same charges that led to Rousseff’s suspension.

On Monday, one of Temer’s closest allies, Planning Minister Senator Romero Jucá, was forced out of the government after just one week following the leak of a phone conversation in which he appears to discuss stopping the progress of Lava Jato by impeaching President Rousseff.

He says his words were taken out of context.

Temer has avoided taking a position on the environmental licensing issue and said only in a television interview that it would be up to Congress to examine the text.

He advocated “combined efforts among environmentalists and those who take care of agriculture in the country” – referring perhaps to Maggi: The agro-industrialist is from Mato Grosso state and – critics suggest – stands to benefit from large infrastructure projects such as the reconfiguration of the Tapajós River for canals to transport soy through to Amazon River ports.

The government environment agency, IBAMA, has said of the proposals for “auto-approval” would constitute a serious setback for environmental management in Brazil – and that there is a need for balance between development and environmental protection.

Some environmental groups have also suggested that PEC65 is too radical a proposal to be a realistic and that a alternative will likely emerge from other proposals currently under consideration.

There are currently three other proposals relating to the removal of environmental licensing being discussed different stages in Congress. Being comparatively moderate, they are more likely to pass.