Power-to-gas: The other storage solution 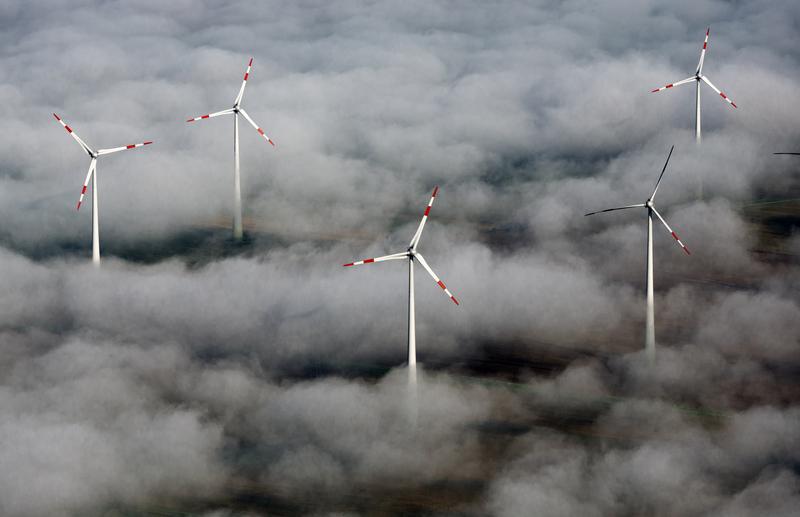 Wind power has a problem — like all intermittent sources of power it’s hard to store for long periods of time.

That means not only can it be ‘lost’ but also if the wind stops blowing for a week or so then we’re forced back to gas.

This is one of the main arguments used by proponents of nuclear power, for example.

Well, what if there were a way to capture surplus wind power energy when it’s especially gusty and save it for times when the winds are weak?

No, I’m not talking about batteries.

Power-to-gas is what it’s called, and it’s way ahead of schedule.

The most advanced technology, which converts electricity generated by wind turbines and solar panels into hydrogen gas, has already surpassed the 2020 cost reduction target set by the European Union.

ITM Power, the leading electrolyser company in the UK, says its power-to-gas product is now half the price it was just a few years ago.

The firm’s work in Germany – where it has two groundbreaking projects – shows that not only is the process possible, it’s pretty much commercially viable.

The ‘power’ is electricity that’s not yet used to light up homes, the ‘gas’ is hydrogen and the process is simple electrolysis: separating the H2 and O components of water.

It’s widely understood to refer to power generated by renewables like wind and solar, and so electrolysers have been designed especially to handle the intermittency.

The resulting hydrogen is easy to store — it can be turned back into electricity, converted to natural gas-like methane, or used as fuel for hybrid cars.

Essentially, power-to-gas is about making the most of renewable energy.

“Sometimes it’s hard to take that electricity – especially from renewables like solar and wind – down wires that are already full,” Professor Nigel Brandon, Director at the Sustainable Gas Institute at Imperial College, told Unearthed.

“It is an option, therefore, to turn that power into gas and carry it down pipes instead.”

You may recall that just a couple of weeks ago Scotland’s wind turbines provided more power than the country needed.

That means a sizeable chunk of clean energy went unused.

And it means the turbine operators received millions of pounds from National Grid for electricity they couldn’t fit on the overstuffed grid.

Power-to-gas could change this — by turning all that surplus electricity into hydrogen, which can be used at anytime and in any number of ways.

Of course storing power is what batteries do right now, and more efficiently, with roughly 25% of power lost in the electrolysis process.

“There’s a need for something that can take a lot of power, can store a lot of energy and is always available. Unlike a battery where if you charge a battery up you need to wait for a discharge event.”

Professor Brandon agreed: “We’ll need some means of managing very short term gaps in power demand, which will probably be done with batteries or something like that.

“But we’ll also need means of storing electricity or converting electricity, not just on the second by second basis, but also hour by hour and day by day.”

And with onshore wind and solar currently vying for the crown of the cheapest form of electricity generation, even a 25% efficiency penalty may prove competitive with other forms of low-carbon generation.

One word used time and time again to describe hydrogen is ‘flexible’.

The gas at the end of power-to-gas can be used as is, or it can be turned back into electricity, or it can even mixed with carbon dioxide (captured from industrial or fossil fuel facilities even) to make a synthetic natural gas — though the latter two options have additional efficiency and cost penalties.

Perhaps its most straightforward application is injecting it directly into the natural gas grid, something which power-to-gas pioneer Germany has been doing for years.

There are, however, limits.

According to Paul Dodds from University College London’s Energy Institute: “We’re pretty sure that you could use up to about 3% by volume.”

“But it’ll only ever be a temporary solution, because you can never decarbonise the gas stream enough to meet longer term climate goals.”

The practice – known as blending – does however provide an opportunity for power-to-gasers like ITM to make their electrolysers cheaper and more efficient.

There’s also the gas’ possible role in the decarbonisation of transport, delivering the kind of pure hydrogen desired by picky fuel cell cars.

But that’s a story for another day.

Despite the improvements made by players like ITM, there remains a couple of potentially insurmountable issues with the whole power-to-gas thing.

ITM’s electrolyser may be able to ‘load follow’ – meaning it can rapidly respond to the kind of power fluctuations inherent in renewables – but it’s still only 75% efficient (if the heat is captured and re-used it’s more like 86%).

It may have met the EU’s cost reduction target years early, but 1000 Euros per KW is still mighty expensive.

And even putting those aside, hydrogen may be okay or good at a lot of things, but it’s not especially excellent at anything.

Hydrogen, for instance, is unlikely to be the primary gas heating our homes because that’d require a major overhaul of household appliances.

The natural gas grid could probably be repurposed, but could every gas appliance – cookers and boilers – be replaced? Would that add up?

Some, like Professor Brandon, recognise this scale of this challenge, but definitely don’t write it off as impossible.

“There would need to be the same sort of momentum that there was when we moved from town gas to natural gas, which basically means replacing consumer goods that would use that fuel.

“That’s what they did when they switched back in the day.”

Others, however, like Professor Volker Quaschning from HTW Berlin University say that’s just not going to happen.

“If we had a new planet, the best solution would be hydrogen, but we already have a very big infrastructure for the use of natural gas.”

And that’s the appeal of undergoing yet another chemical process.

In turning hydrogen into methane, you lose another 5 to 10% efficiency and it’s even more expensive, though cost estimates are hard to come by.

“It’s only really prototype at the moment,” according to Professor Quaschning, “the costs are quite high and you need more technology so there are disadvantages.”

But this methane, unlike hydrogen, can function as a like-for-like replacement for the fossil fuel natural gas upon which our energy system relies.

To follow the Paris Agreement’s ambitious climate targets – stopping any more warming than 1.5 degrees – then decarbonisation needs to be rapid.

“We assume we need the technology in much larger in about 10 or 15 years so we have a bit of time to install.”

But not that much.