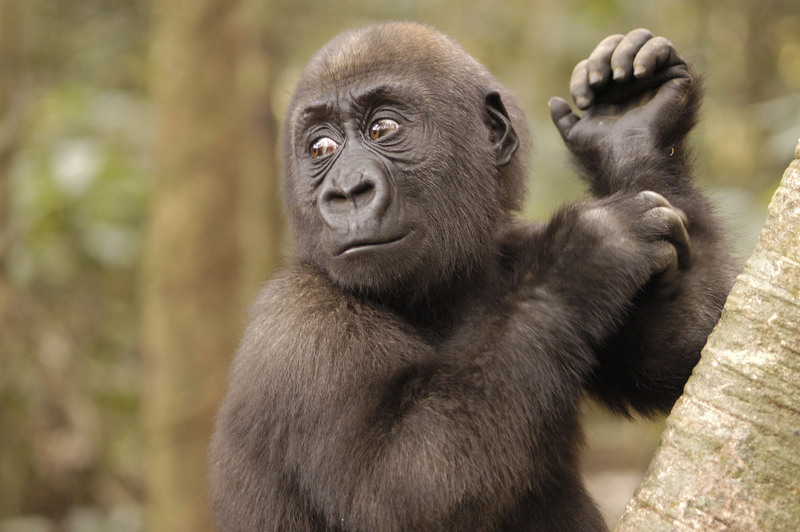 The second largest rainforest in the world could become the next frontier in the global palm oil trade as the government of Cameroon considers allowing the expansion of plantations in the country.

SG Sustainable Oils Cameroon (SGSOC) hold a land lease to develop palm oil on 20,000 hectares of land on the fringe of the Congo Basin rainforest and the company is hoping to receive an extended lease on the land.

The news comes as local community members announce they are bringing a case against the firm, with hundreds of farmers accusing the company of failing to respect the “buffer zones” around their farmland.

The emergence of industrial palm oil plantations in the region have sparked concern among local environmentalists.

Home to gorillas, forest elephants and bonobos, as well as more than 1,000 species of birds and 10,000 types of tropical plants, the rainforest spans six countries, covering a little over 40% of Cameroon’s land.

SGSOC has been active in Cameroon for seven years, working at a relatively small scale, but sparking significant controversy.

It originally outlined plans to develop up to 60,000 hectares of land for palm – an area the size of Madrid, but has since backed away from those plans.

When contacted by Greenpeace researchers, SGSOC said the land it had sought had been designated as an “agricultural development zone in 1989”.

In 2012, an EU-funded independent observer of the forestry sector claimed that the company had been clearing forest, without a permit.

More recently, residents in Babensi II village, which overlaps the concession have complained about their farmland being damaged as part of of SGSOC’s development.

Today, local community members are bringing a case against SGSOC, with hundreds of farmers accusing the company of failing to respect the “buffer zones” around their farmland.

SGSOC rejected these accusations, in a response to Greenpeace researchers.

A spokesperson for the company said: “in accordance with the company’s policy to comply with international standards, SGSOC uses the Free, Prior and lnformed Consent (FPIC) approach in each community it works with. Communities that do not wish to partner with SGSOC were entitled to deny the project access to their lands without threat of repudiation or consequence. For example, 11 Bassosi villages including Babensi II were excluded from the SGSOC project because they rejected it.”

But the scale of SGSOC’s current project may represent the arrival of Indonesia-style palm oil industry to the region.

Indonesia’s rainforest has been ravaged for the last two decades by a poorly regulated palm oil and logging industry.

The huge forest fires that cause devastating pollution across south east Asia each year have been blamed on practises linked to the palm oil sector, such as land clearance and developing plantations on highly flammable peatland.

Though the Congo basin does not have the same soil the expansion of industrial palm-oil farming to the region could herald a sea-change in deforestation.

SGSOC first entered the country in 2009 as a subsidiary of United States agribusiness firm Herakles Farm, but has operated as an independent local corporation since 2015.

The company now faces an anxious wait, as its provisional lease to develop the 20,000 hectares runs out in November.

The Cameroon government will then make a decision about whether to cancel or extend the project. The international palm oil sector will be watching developments with interest.