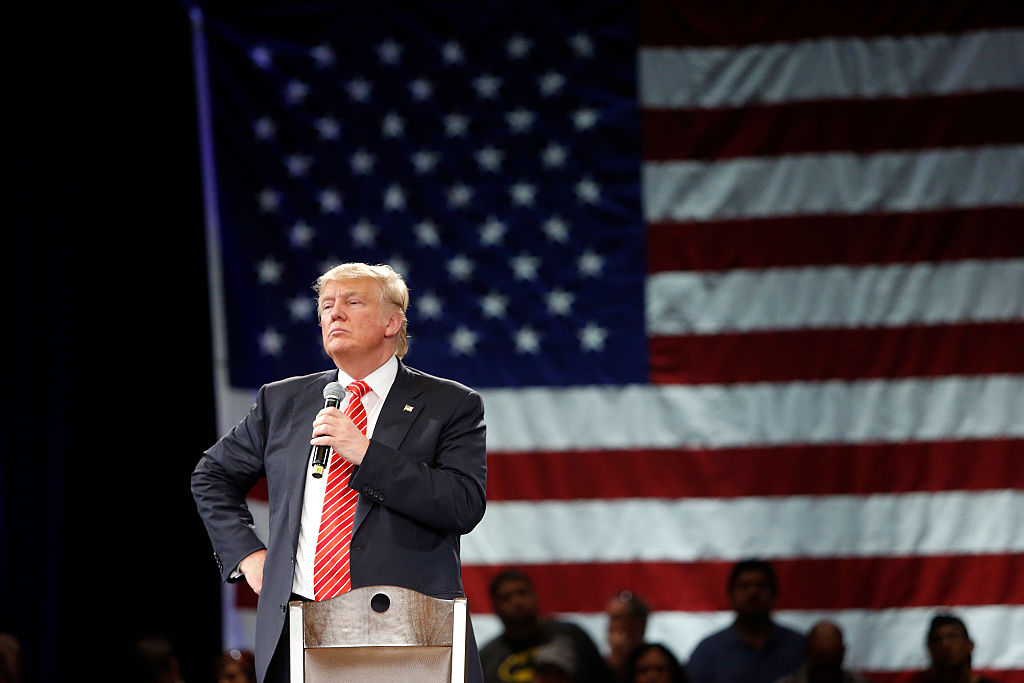 On 20 January 2017 Donald J Trump will be sworn in as President of the United States of America.

As has been pointed all over the internet, Trump’s victory is likely to be a disaster for national and international action on climate change.

Using documents leaked to Buzzfeed, sources at Politico and beyond, we’ve done a rundown of who’s in line for a top energy and climate job in the US government.

Tipped for energy secretary in a Trump administration, oil and gas billionaire Hamm has been showered with praise by the new President-elect, who said with trademark hyperbole that Hamm understands energy “better than anybody else”.

For years Trump has been dismissive of man-made climate change, but the particular brand of anti-regulation and anti-renewables stance he deployed during the election was vintage Hamm, who was often referred to as Trump’s ‘energy adviser’.

Hamm, whose firm runs the bulk of the Bakken shale formation in North Dakota, has already called for Trump to scrap “overreaching regulations” in order to ramp up oil production — despite record-breaking output under Obama.

During the campaign, Hamm said Trump didn’t actually “understand” oil issues after the then-candidate suggested local communities should have a say in whether there’s fracking in their area.

Reports emerged in September that Trump would appoint him to lead the transition at the Environmental Protection Agency.

Ebell is currently head of libertarian think-tank the Competitive Enterprise Institute (CEI), which says of itself: “The CEI’s largest program takes on all the hard energy and climate issues.

The CEI also leads SafeChemicalPolicy.org, a coalition that lobbies against regulation of the chemicals industry. It promotes the “life enhancing value of chemicals” — even those that scientists claim “significantly increase our risks of cancer, developmental defects, and even obesity”.

If that wasn’t enough, Ebell also runs the Cooler Heads Coalition, a grassroots group that works to “dispel the myths of global warming”. It names the neoconservative American Legislative Exchange Council (ALEC) and the Heartland Institute among its members.

The Heartland Institute has used the words of mass murderers to justify its opposition to climate action and attempted to block climate change teaching in schools.

ALEC, which has repeatedly blocked legislation to tackle climate change, has become so divisive that even oil giants Shell and BP have quit the group.

“I would love to have the strength of Sarah Palin in my administration.” That’s what Trump said back in September 2015.

The former Vice Presidential candidate and Alaska Governor is on the shortlist for the next Secretary of the Interior, running the government department responsible for the management of federal land and, crucially, the country’s natural resources.

On announcing her support for the then-candidate Trump, Palin told CNN she would love to run the Department of Energy, seemingly without knowing what the department actually did.

“Energy is my baby,” she said. “Oil, gas, minerals, those things God has dumped on this part of the earth for mankind’s use instead of us relying on unfriendly foreign nations for us to import their resources. If I were head of that, I’d get rid of it.”

The Interior Department has broad ranging responsibilities, from managing America’s national parks to dealing with the land rights of Native Americans, to making decisions about fracking and offshore drilling

The thought of the woman responsible for the “drill baby drill” campaign overseeing who can drill off the coast of Alaska certainly is something.

One of Palin’s rivals for the Interior job is oil industry executive Forrest Lucas.

Lucas, 74, is the co-founder of Lucas Oil and is wealthy enough to have given new Vice President Mike Pence $50,000 while he was running to be Indiana’s governor and spend more than $100million putting his name on an American Football stadium 10 years ago. The Indianapolis Colts now play their home games at the Lucas Oil Stadium.

The oil and gas industry has been fighting furiously against the Obama administration for eight years, on everything from Arctic drilling to the Keystone XL pipeline, so having one of their own heading up the department of interior would be a boon.

As Khalid Pitts, from the Sierra Club, told Politico it would be “open season” on America’s environment if someone like Lucas was given a job.

That said, current secretary Sally Jewell is a former Mobil Oil executive, but she is also known for her conservation work.

Energy lobbyist Mike McKenna is in line to to lead the transition at the Energy Department.

McKenna is the President – and according what is presumably his LinkedIn page also the “Czar” – at lobby firm MWR Strategies, while also working as a specialist for the energy department in the past.

According to the Washington Post, he has lobbied on behalf of the firm owned by the billionaire Koch Brothers, which was listed by Forbes as one of the largest private companies in the US.

They are a major funder of climate sceptic think-tanks and scientists as well as efforts to water down environmental regulation at the EU level.

Also among the companies to have been represented by McKenna, named by the Washington Post, are multinational Dow Chemical and energy firm EDF Suez, which owns fracking licences in the UK.