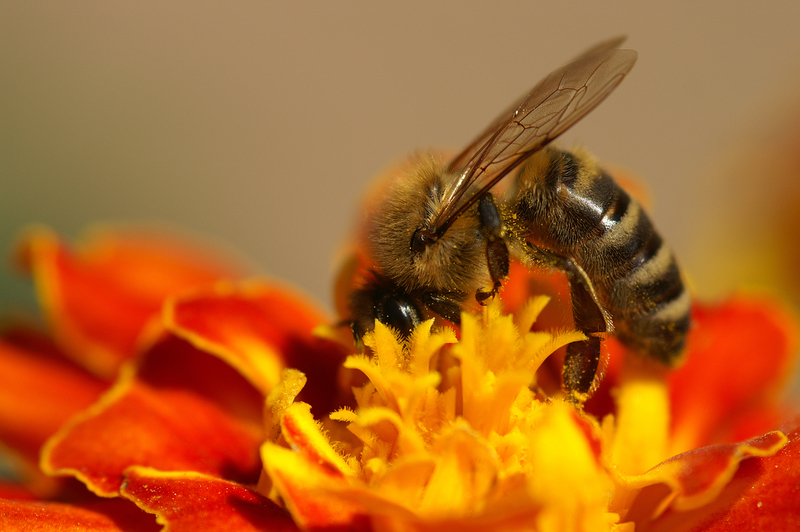 Safety tests submitted to European regulators by chemical companies will have to be made public, following a landmark ruling by the European Court of Justice (ECJ) that could have a major impact on the debate around the decline of bee populations across the world.

The verdict means studies submitted by the chemical industry to national regulators and the European Food Standards Agency (EFSA) will now be open to scrutiny.

In its ruling, the ECJ said that research looking at the safety of pesticides carried out by chemical companies counts as “information on emissions into the environment” as set our under EU law and should therefore be available for public scrutiny.

The decision is being hailed as a win by environmental groups, who have long called for more transparency in the way pesticides are regulated.

Neonicotinoid pesticides manufactured by Bayer and Syngenta have long been linked to the decline of bees worldwide, though both companies have denied that the pesticides cause harm to bees when used appropriately.

Despite these reassurances, EU regulators banned three types of neonicotinoids back in 2013, due to worries about theirs impact on bees.

EFSA began a review of that ban at the start of this year and scientists should come back with their results in early 2017. A decision will then be made about whether to maintain the restrictions on the three products – thiamethoxam, clothianidin and imidacloprid.

The ECJ heard two cases relating to different chemicals which it felt addressed the same point of European law: “the right to access environmental documents”.

In one case, a Dutch bee protection association, Bijenstichting, had called for documents, which were submitted to a regulator in the Netherlands by Bayer, to be made public back in 2013.

But Bayer objected to the disclosure of the material related to its pesticide products on grounds of commercial confidentiality.

In the other, Greenpeace Netherlands and Pesticide Action Network Europe had asked the European Commission to disclose industry research on the chemical glyphosate, a request that was partly denied by the Commission on commercial grounds.

Christopher Connolly, a neurobiologist at Dundee University, told Unearthed that the ECJs verdict was “an important victory for both science and the public.”

Connolly added: “All evidence relating to the safety of any product, either to the environment or to human health, should always be disclosed. Only then can an assessment of risk be discussed openly by scientists and their views relayed to the public.”

Unearthed revealed two months ago that Bayer and Syngenta had submitted studies to the Environmental Protection Agency (EPA) in the United States which showed that their neonic pesticides can cause harm to honey bees.

The unpublished studies, which came to light using freedom of information rules in the US, went against public statements from both companies which played down the harm the chemicals cause to bees.

Dave Goulson, a scientist at Sussex University, hailed the ruling as a “step forwards” but added a note of caution.

“This ruling is an important step forwards, for it will allow independent scrutiny of the studies carried out by pesticide companies on the safety of their products,” he said.

“However, it is still far from ideal that any study intended to assess the safety of a chemical is carried out by those with a very clear vested interest in the outcome of the study. All evaluation of pesticides should be done by independent scientists.”

After the ruling, Bayer issued a long statement on its website saying it supported the verdict.

A portion of which read: “Bayer intends to offer support to the authorities in dealing with requests for access to safety-relevant crop protection data as needed. The company is also working on a solution to enable public access to the safety-relevant study reports while safeguarding the company’s confidential product composition and manufacturing processes. In this way, Bayer wants to foster an open and transparent dialog with interested parties.”

Unearthed reached out for comment from Syngenta and got a response the European Crop Protection Association (ECPA), the group representing the pest control industry in Europe.

“First and foremost, as an industry we are not opposed to access to data. I cannot be clearer on this. Second, it costs €250 million and takes 11 years to successfully place a product on the market, and we defend the right of our companies to protect their investment from competitors – inside and outside of the EU.

“I understand the organisations who brought the case have a problem with the very existence of pesticides, but the reality is that our products benefit society, and in order to continue to invest in bringing important innovations to the market we have to be able to protect confidential business information like any other sector.

“As an industry we support this development but emphasizes that the protection of confidential data such as product composition and manufacturing processes needs to be safeguarded in any public access request.

“The court concludes that only the data files which contain information on actual and foreseeable emissions following the use of pesticides under normal and realistic conditions of use should be released. The court did not, as many NGOs are claiming, say that all data files that are available to public authorities should be released.”