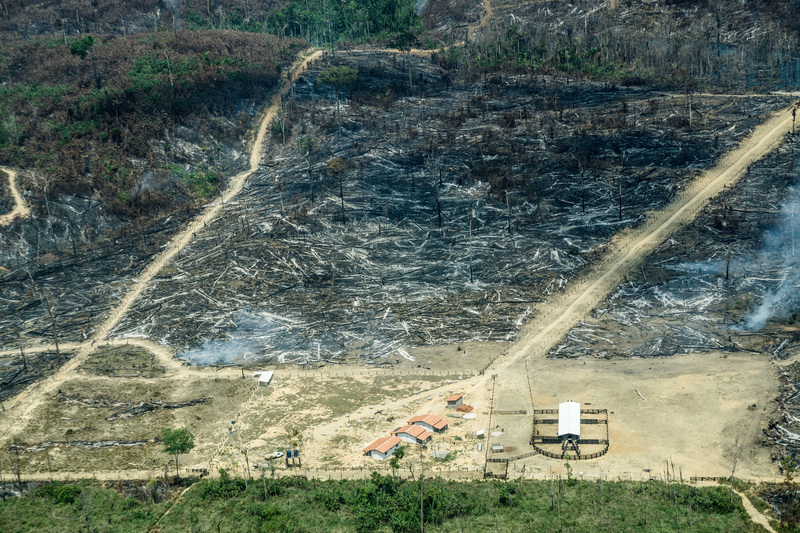 The Brazilian government is changing the process for approving indigenous lands, with critics warning the country now risks sliding back after years of progress on climate and environment.

The move to strip the country’s National Indigenous Foundation (Funai) of its power on Indigenous land matters comes after the country saw a 30% rise in deforestation of tropical rainforests.

Brazil’s justice minister, Alexandre de Morates announced last week that decisions over demarcating Indigenous land will now be made by the ministry of justice.

Environmentalists and political figures say the changes will weaken land rights of Indigenous communities and make it easier for agricultural firms to move into the Amazon where much of the land is located.

The government of Interim-President Michel Temer is perceived to be rowing back on environmental protections in favour of agricultural development.

Since coming to power after the ousting of President Dilma Rousseff, Temer’s government has moved to cut funding and support for Funai and the country’s main environmental protection body.

In an open letter written last month, employees from Ibama, the government organisation responsible for protecting the Amazon, complained about a lack of support for their work.

“We are not controlling deforestation rates in the Amazon.

“We estimate that the increase in the last two years reflects Brazil’s refusal to prioritise an environmental agenda.

“This is exemplified by successive investment cuts, the weakening of laws, as well as appointments of state managers who have had no experience working in the environment,” the letter read.

Speaking to Unearthed, Attorney General of the Amazon State of Para argued the change in policy is largely down to the farming lobby.

“In the west of Para farmers have deforested loads without permission, but the government didn’t react and eventually they just changed the law. They’re basically sending the message that if you break the law enough, it’s okay, we’ll change it.”

He added: “Even though Ibama is a really rigorous organisation, there’s a lot of political pressure from the agricultural lobby which is tying their hands.”

The head of environmental protection at Ibama told Unearthed that the organisation had recently applied to the Amazon Fund – an NGO working to limit Amazon deforestation – for $148 million.

The institute also sent the environment minister a request for a public tender to increase staff capacity.

The shift in policy on demarcating land comes after there was a significant increase in deforestation of the Amazon last year.

Almost 8,000 square kilometres of forest land disappeared between 2015 and 2016, according to an analysis by Brazil’s National Institute for Space Research (INPE).

Though the rate of deforestation is significantly lower than in the recent past, an average of 19,500 km squared was lost per year between 1995 and 2005, the figures have alarmed experts.

As a result, deforestation rates fell 80% between 2004 and 2014, while beef and soy production grew.

As Jonah Busch, senior fellow at the Center for Global Development and co-author of the 2016 book ‘Why Forests? Why Now?’, explains, in this period, “Brazil went from being seen as an environmental villain to an environmental hero”.

“Now more than ever it’s times to strengthen the signals from the international community to Brazil that we value the Amazon rainforest and will not tolerate seeing it destroyed.”