Long read: Will the UK’s environment survive our friendship with Trump? 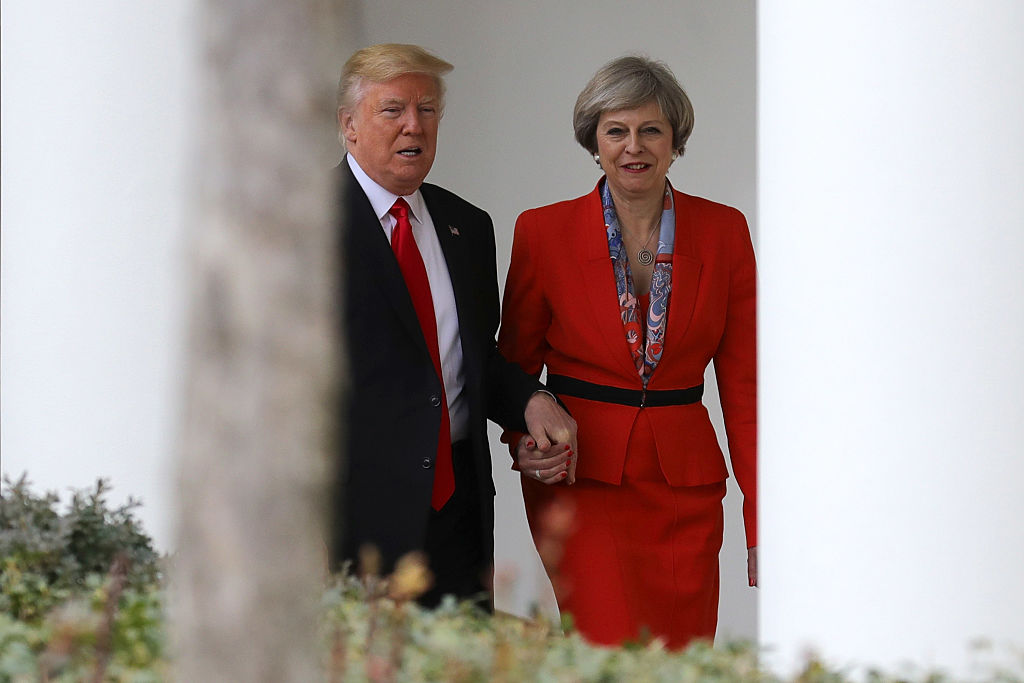 The man who led Trump’s environmental agency transition team, Myron Ebell, paid a visit to the UK this week, calling the environmental movement “the greatest threat to freedom and prosperity in the modern world.”

Environmental rules – Trump’s advisers argue – impinge on the freedom of individuals and businesses. Since many of the UK’s rules come from Europe, leaving the EU gives the UK an opportunity to get rid of them and open the gate for a trade deal between the UK and US, which is quickly deregulating under its new President.

Free trade deals are no longer about taxes on goods entering and leaving the country. Those are practically all done.

“Lowering trade barriers,” something Mr Ebell called for during his visit, now means removing rules that limit the sale of products – like chemicals or whisky – or stop companies making investments, such as building new mines or infrastructure.

“The core idea is making sure regulations are not discriminatory [between countries], it is a tool to challenge regulations that may affect imports” says Simon Lester, an expert on free trade at US think tank the Cato Institute.

In fact, without cutting regulations there is little point in a deal, something negotiators realised during the long and apparently futile attempts to cut an EU-US deal.

“The impact of tariff reduction [taxes on goods] in TTIP (the stalled EU-US trade deal) was negligible, over 80% of the benefits came from reducing non-tariff barriers,” adds Friends of the Earth trade campaigner Sam Lowe.

The deals are often designed to create a level playing field for business. To enforce the agreements international courts are set up which rule on whether states have violated the rights of foreign companies.

Much of this is similar to the arrangements within the EU, but with a difference. The environment was part of the EU’s founding mission and it largely pushed on the UK tougher environmental regulations.

As Mr Ebell suggests, the US is likely to push us the other way, bringing our regulations down to their level.

Race to the bottom

“With [former Exxon CEO] Rex Tillerson as secretary of state and the way the EPA is being treated it doesn’t look like the administration have any concern for the environment. I certainly can’t see them increasing their regulations,” notes Nikhil Datta, a trade expert at the London School of Economics.

In fact, even under Obama, the US has always maintained an online shopping list of regulations it regards as impediments to free trade across the world ranging from restrictions on chemical use to rules on what can, and cannot, be called whisky.

Because we are by far the smaller economy, many (though not all) think our regulations will align with Trump’s.

“Establishing standards is a complex process with a bit and give and take. One would have to assume that the US would be the taking partner and the UK the giving one,” says Geert Van Calster, an expert in international trade and regulatory law.

In fact, for a new administration which argues the US has struck “bad deals” in the past, a new trade deal with a somewhat desperate UK might be the perfect way to set out their stall.

“There is a strategic element,” says Lowe.

“When you are negotiating a series of agreements you go to the smaller party first and try to get as many concessions as you can before going to the bigger player. The US could use the UK as a model to then re-approach the rest of the EU”.

So long as the UK continues to export  to the EU it will face limits on the rules it can set, or risk being barred from what will remain its biggest market. At the very least different standards would need to exist for UK products and exports.

“The UK would obviously have a number of red lines on food standards, on chemicals etc because if it didn’t then it wouldn’t be able to export products to the EU,” warns Professor Van Calster.

But there are areas where compromise is likely and where the power of EU courts may be replaced by new courts whose main role would not be to enforce higher standards but to prevent new regulations.

The UK, after all, would not be the first smaller but developed economy to sign a free trade deal with the US.

Under the North American Free Trade Agreement (NAFTA), Canada has been taken to Investor State Dispute Settlement courts 35 times by US companies, the vast majority of these have focused on the environment, chemicals and resource extraction.

In one example US firm Clayton sued the Canadian government for £101 million, arguing that an environmental assessment which ruled it could not open a quarry and marine terminal to mine basalt was arbitrary and unfair.

More recently a US based cement firm – St. Mary’s – sued the government because it was stopped from opening a quarry. Residents raised concerns about the impact on groundwater and the local government changed the zoning of the area to prevent it being converted to extractive use. A settlement was reached involving compensation for the firm.

The benefits these courts can bring for fossil fuel firms won’t be new to the Trump administration. Whilst he was CEO of Exxon, Rex Tillerson oversaw the firm’s successful legal case against Canada due to conditions placed on its Canadian division, Mobil Investments.

Indeed, with both the UK and US government aligned behind the importance of boosting shale gas exploration, encouraging US investment in fracking may be an objective of any US-UK deal.

US firms have access to a far greater range of chemicals for use in the fracking process than their UK counterparts where EU chemical regulations and the application of the precautionary principle significantly limit their use.

The UK secretary of state for the environment Andrea Leadsom recently admitted that some areas of EU law, including chemical regulations, are proving harder to incorporate into the UK than others.

Those EU laws that are incorporated into UK law can after all always be changed. As one Tory MP, Jacob Rees Mogg put it “I accept that we are not going to allow dangerous toys in from China, but there is a very long way you could go”.

But even if our laws escape the drive for deregulation new rules to protect US investments in the UK – and courts to enforce them – may prove hugely beneficial for the shale gas industry which has struggled to seek council or environmental approval for its plans.

For a government in the UK which supports drilling, a trade deal designed to limit what industry argues are unfair or arbitrary rules by local authorities or regulators could actually prove quite convenient.

Minutes of discussions between US oil major Chevron and the EU reveal the firm sees international courts as a “deterrent” to new regulations which limit drilling.

“Resource are something I would expect the US to push for,” says Datta, “fracking is the kind of new energy they would support.”

Other “new energies” may prove less appealing to Trump’s negotiators. Early drafts of the proposed US-EU trade deal attempted to impose a level playing field on renewables and fossil fuels, potentially ruling out subsidies or government support for things like offshore wind.

And that was before the White House was taken over by protectionist climate sceptics and former oil executives.

Deal or no deal

Of course it may not work out this way. A quick deal – Lester argues – would focus on areas such as cars where US and UK regulations aren’t that far apart and complex harmonisation may simply be unnecessary.

“If you start to get into any kind of sensitive industry like chemicals, health services, you’ll have problems.

“I’d suggest they stay away from that,” he cautions, noting that despite its economy the US has not always gotten its way in trade negotiations.

Indeed right now even starting to negotiate an all-encompassing deal is basically impossible.

Not only has the UK not left the EU, it is only now advertising for a chief trade negotiator and where the US and EU has a complex system of regulators such as the food and drug administration the UK has yet to decide who, if anyone, will manage regulation of such ever changing areas as food and chemicals.

Yet this is not a problem for another day. Decisions being made now over which EU laws are brought into UK law and what power ministers have to change them, and it’s this that will determine how far the UK can bend to Trump’s will if, and when, it does leave the EU.

The further the UK pulls from its biggest trading partner the closer it will move to Trump. After all a nation with a trade deficit, which is also a net importer of food, does need to trade with someone.

“If we’re not in a trade deal with the EU then tariffs on food will be higher,” says Datta, “the UK may choose to import food from elsewhere.”

A deal with Trump may please Ebell. It won’t force the UK to protect its environment. It may well force it not to.