Air pollution: What does the map mean? 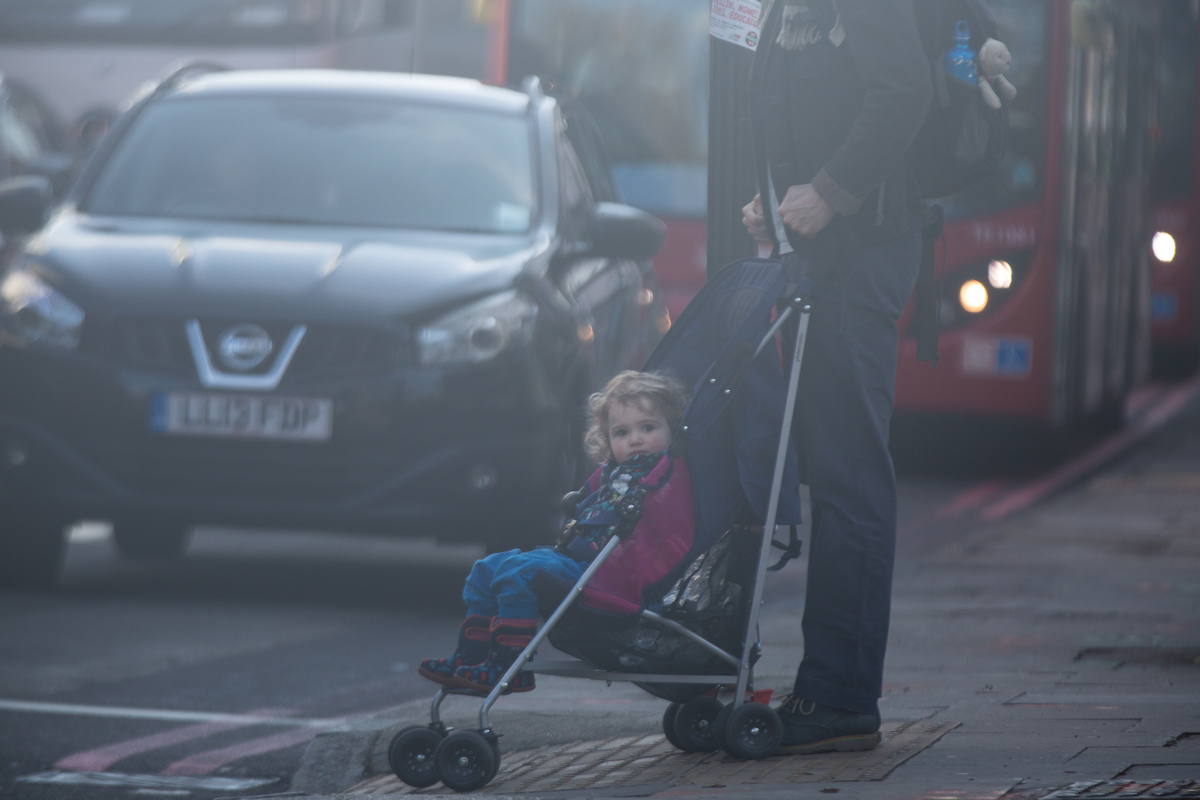 Roads across the country are experiencing illegal levels of air pollution with potential impacts on children attending schools and nurseries nearby.

What is the problem with air pollution?

Across England and Wales air pollution near many busy roads is breaching legal limits – according to government modelling for 2015.

The modelling looks at one particular pollutant, Nitrogen Dioxide (NO2), which is damaging to health.

Of course modelling is not perfect. “There may be some uncertainties in the modelled data – due to variability in buildings, land, weather and emissions factors – and the outputs are never perfect,” says Dr Prashant Kumar from Surrey University.

Indeed the government is likely to update its modelling after being ordered to revise its national Air Quality Plan by the High Court, because of concerns that the existing plan’s modelling underestimates emissions from diesel vehicles. That means our map is likely to underestimate the problem.

This particular dataset is also just a snapshot. It relates simply to roads but looks only at A roads and motorways – another way in which it downplays the full extent of air pollution.

Why does this matter for children’s health?

“Young children are far more susceptible to pollution than adults due to their immature and developing systems and lower body weight”, says Dr Kumar.

There are a range of possible health impacts and the problem is most pronounced for younger children.

According to a 2016 report by the Royal College of Physicians, children living in heavily polluted areas have more coughs and wheezes and are more likely to have impaired lung function in adulthood. Exposure at a young age may also affect mental development and increase the risk of developing lung cancer in later life, it says.

A recent study of 11,000 children in the US concluded that children living within 500m of a busy road had increased suppression of lung growth compared to peers living more than 1,500m from such roads. It also found that children exposed to high concentrations of NO2 were more likely to develop asthma.

In a recent Boston study of children’s exposure to air pollution from pregnancy to 7 years old “showed reduced lung capacity was associated with pollution exposure over the life course of those children,” he added.

There is some positive news – another recent study from California found that if adolescents are later exposed to better air quality then they may gain some of that lost lung growth development back. However, this result needs to be reproduced by other studies in other areas.

What does it have to do with schools and nurseries?

Many are located on or near major roads which are highly polluted.

That matters for a few reasons. It indicates that many of our illegally polluted roads run through or beside communities with many young children living in them. It indicates that parents may have to travel – either on foot or by car – along those roads and it also suggests that some nurseries and schools may have higher than usual levels of air pollution – especially in outdoor play areas.

In a nutshell nurseries being close to polluted roads matters because it shows that “air pollution is affecting lung development of children in nurseries in towns and cities across England,” says Griffiths.

The investigation found at least 2,092 education or childcare providers across England and Wales within 150m of a road breaching the legal limit. Of those, 1,014 were nurseries – many in towns and cities outside London. That gives us some indication of the scale of the problem – but it’s not a definitive list.

Nobody is monitoring air pollution in schools and nurseries so it isn’t really possible to know what the levels are within them.

For this analysis we’ve used government data to map illegally polluted roads against the addresses of education and childcare providers from two databases;

We removed duplication but where two or more providers are offering education or childcare from a single site, both are included in the analysis.

We then took out all of the providers not within 150 meters of an illegally polluted road and mapped the rest.

Is there a safe distance for a nursery to be from a road?

“Concentrations [of pollutants] usually decrease exponentially from roads to the sides – because vehicle exhausts are the source of the pollution”, says Dr Kumar. So distance from a road is an important factor when working out how much air pollution will travel.

The modelling data for the roads looks at a distance of 4 meters either side, almost all the nurseries are further away than that so pollution levels – fortunately – will be lower. How much will vary significantly.

“If you look at research that relates pollution exposure to adverse health effects they’re pretty consistent, showing that these effects are seen in people living 100m, 150m from major roads,” says Griffiths.

“There isn’t an accepted safe level,” he adds, “so even toddlers in nurseries where exposure levels are lower will also be at risk.”

However, when it comes to nurseries, distance isn’t the only factor at play.

Aside from how polluted the road is, air pollution in individual nurseries or schools is also likely to be affected by a range of factors including weather, natural barriers (such as trees), slopes and the nature of the building itself – e.g. do children play outside, where is the playground? etc.

And these aren’t the only factors which would affect children’s exposure. Possibly more significant in some cases is their route in.

“It also matters how children are transported to their school or nursery environment,” says Dr Ian Mudway from Kings College. “Very often in busy urban areas exposures within cars are higher than those experienced by walking to school.”

The impacts of air pollution depend significantly on how long children are exposed. It greatly matters where they live, which is likely to be close to the nursery and therefore also to the polluted roads.

Despite the number of variables, this investigation is important because it indicates the likely scale of the potential risk to children, their exposure across the population and the areas where it’s likely to be highest. However the data can’t say what risk individuals face or what level of exposure individual nurseries experience.

What can parents and nurseries do?

Because we have relatively little research on air pollution in nurseries and schools there are no hard and fast rules. That said there are steps which some experts have recommended.

These include travel plans for children which avoid polluted roads; “greening” in schools and barriers around schools – using trees, hedges etc; changing the locations of entrances; no idling policies for cars close to schools and nurseries; and measures to prevent “in-school” pollution.

In one case Unearthed has seen, a nursery situated on a heavily polluted road is installing an air filtration system to ensure better air quality in the building.

One recent study led by Dr Kumar suggested parents should use pram covers to protect babies and young children from harmful air pollution during the school run.

“Appropriate measures, such as hedges or walls could be a few ways forward,” he suggests. As explained above though, experts don’t recommend using the car, even with the windows shut.

What else can be done?

Children living in urban areas – or near illegally polluted roads – risk being exposed to air pollution as a result of the pollution on the roads, rather than where they live or go to school – so this isn’t really a problem schools and nurseries can solve alone.

“We need to improve air quality in towns and cities nationally. That would be achievable by diesel scrappage, by promoting electric vehicles and hybrids. It’s the responsibility of government and vehicle manufacturers to promote that change”, says Griffiths.

What does the map mean?

The mapping involved geo-coding based on two data-sets and then manually checking more than 2,000 data-points – but as nurseries and schools move, and accounting for human error, it is unlikely to be perfect.

As a result we will keep this analysis live, updating it as we hear from you. If you want to suggest a change to the map, or have any other comments or questions please contact us.