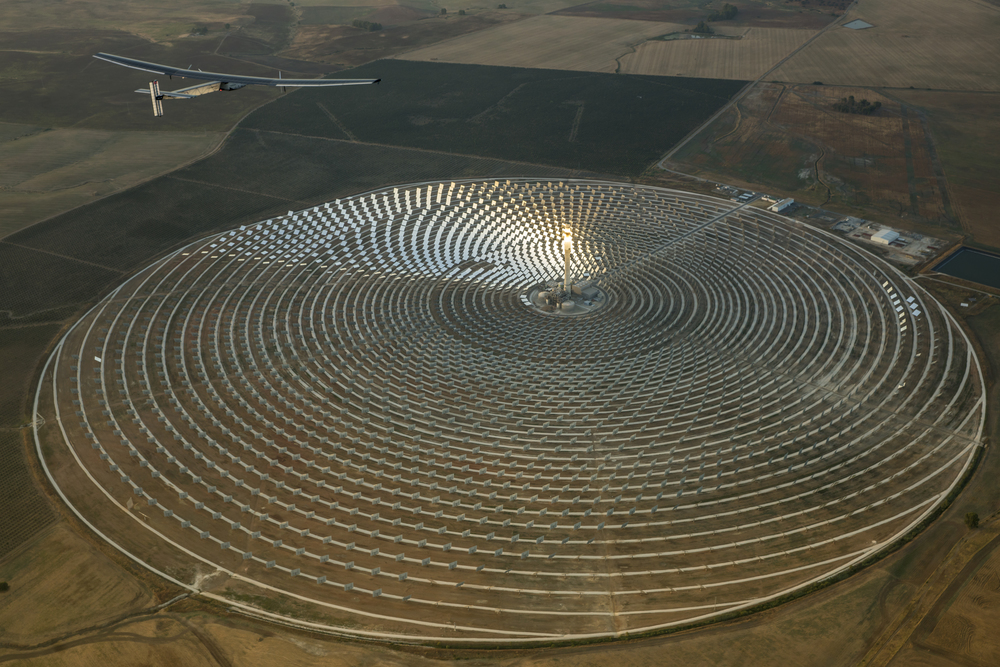 Just a few years ago experts the world over bemoaned the prohibitive cost of solar power.

But today it is widely considered to be the best and most affordable hope for decarbonising the world’s energy system.

Solar prices are down 62% in the last eight years, according to a recent Bloomberg analysis, and on track to beat the cost of coal within a decade.

In fact it’s already achieved that milestone in more than 30 countries, according to the World Economic Forum.

We asked a few experts.

“All aspects of solar power generation are getting cheaper with scale,” says Dr Jonathan Marshall, an analyst at the Energy and Climate Intelligence Unit (ECIU).

“A larger market means there is more enthusiasm to improve module technology, that there is more research taking place to increase invertor lifetimes and that ‘soft’ costs such as financing, site planning and installation are tumbling as experience grows.”

This is echoed by Professor Keith Barnham of Imperial College London, who singles out the Chinese government for “funding bigger production lines and new supply chains.”

The enormous fall in silicon solar panel prices at the beginning of the decade was, according to Professor Barnham, “mainly down to Chinese government and investors funding bigger production lines and new supply chains.”

The US Department of Energy estimates that China spent $47 billion in loans and tax incentives for its solar sector between 2008 and 2013 — and it paid off.

This development, Professor Barnham explains, worked in tandem with subsidy schemes such as the Feed-in-Tariff, with a number of countries – Germany, for instance – “experiencing an exponential rise in demand and supply, with market forces bringing panel prices down further.”

The UK government has dramatically slashed the very renewable energy subsidies that has helped its solar and wind sectors break all sorts of records in recent years.

Barnham was dismayed by the subsidy cut, explaining that “the fall in the wholesale price electricity caused by solar [something called the merit order effect] is a problem for commercial investors who will get a poor return on investment” because additional solar will be generating at the time when existing solar is too.

“They need the certainty of the subsidies that the government has removed.”

Marshall, though quick to credit those subsidies that helped kick-start the solar sector, says “the industry is now moving ahead under its own steam” — and sounded hopeful for the future.

“Just a few years ago solar was considered to be a niche alternative technology, but it is now a major element of our energy system,” according to Kristina Thoring from industry group Solar Power Europe.

The solar sector in Europe is “more exposed than ever before” and stressed that it is “crucial that risk factors are minimised for those looking to invest.”

Things like the recently repealed ‘sun tax’ in Spain, or the solar tax hike for schools and businesses in the UK are profoundly damaging.

Thoring continues: “In the past few years, we have seen a decline in the European solar market in terms of jobs, installations and gross value added.

“This is due to several factors: the phasing out of support schemes, retrospective policies and the trade measures currently in place on solar modules and cells imported from China into the EU which makes solar in Europe much more expensive than necessary.”

As developed economies transition from one type of renewables support scheme (FiT) to another (tendering), the financial case for solar is increasingly tied to storage.

Because the sun only shines some of the time, and because at peak times it may provide even more power than the grid knows what to do with, there really needs to be a way of capturing that excess energy and dispatch it in cloudy and night times.

Batteries are the most popular storage tech, though pumped and power-to-gas are in there as well.

Paul Massara, the ex RWE nPOWER chief who now runs solar business North Star Solar, is bullish about the prospects of the sector.

“It’s really important,” he argues, “and combined with solar, it will be the cheapest form of energy for the UK.”

“The cost of storage has been falling by 20-30% a year recently and is likely to keep going at that rate for the next few years.”

Thoring agrees: “Storage in combination with solar means that consumers can produce their own energy, which will fundamentally reshape the relationship between retailers and their customers.”

In fact, if anything’s going to trip up the rise of the solar, it’s a failure to really get storage right, as Marshall believes.

“The greatest challenge will be the infrastructure surrounding solar. Without grids that are more flexible, efficient storage techniques and links to move power from the point of generation to the point of use, the growth of solar could be stymied.”

Marshall, however, is positively giddy about the kind of scientific progress is being made in the solar sector.

“The most exciting breakthroughs are yet to hit the commercial market: cells made of multiple materials to harvest more light; the remarkable increase in perovskite cell performance; and development of organic materials that can produce flexible, semi-transparent and extremely thin devices.”

And though commercial solar cells haven’t gotten *that* more efficient in the last few years, there are all kinds of encouraging signs coming out of the lab, as Marshall explains.

“New research on silicon cells,” which are the ones used on rooftop panels, “has reported devices nearing their theoretical maximum efficiency — the observed 26.6% conversion of light to current is nearly double that of devices currently on sale.”

“Thin film devices are now more than 20% efficient, while perovskites have breached this marker just several years after first being tested in a cell, becoming the fastest-advancing solar technology seen yet.”

So the best may yet be ahead.