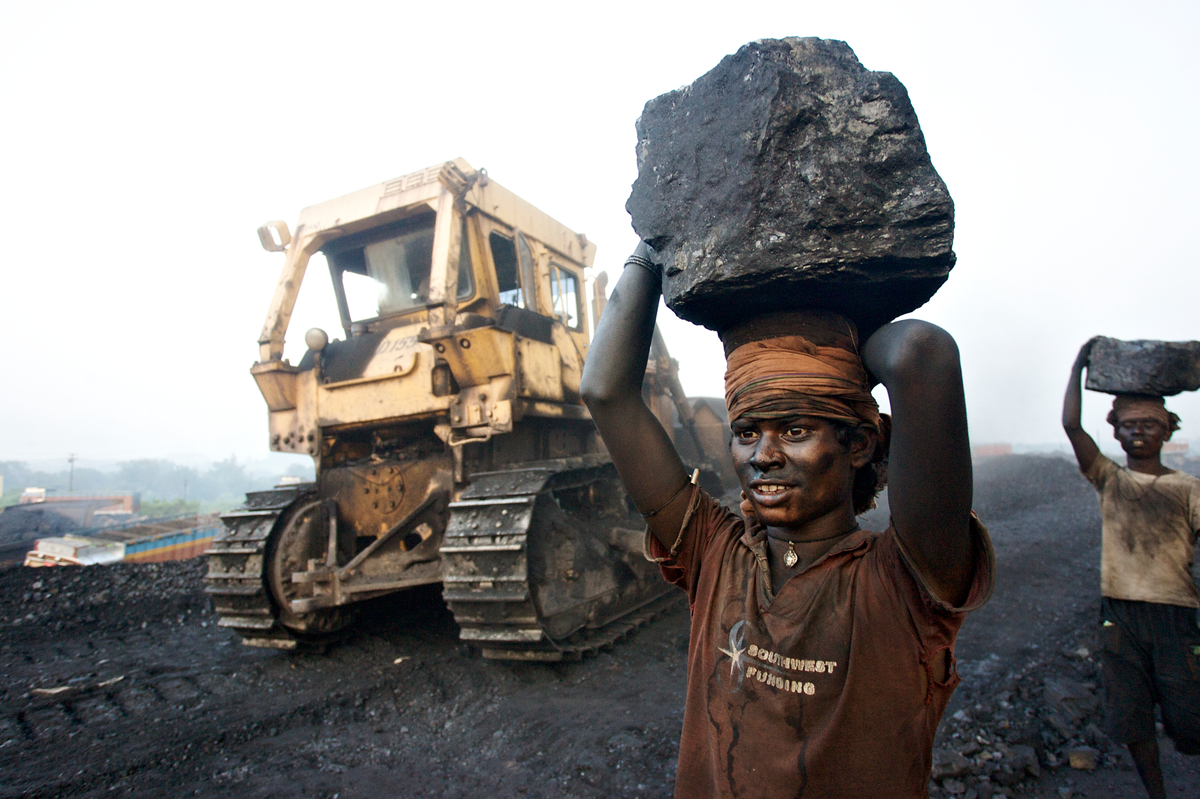 Carbon emissions from the UK energy sector have fallen dramatically in recent years, leading to the country playing an outsized role in contributing to the global stalling of carbon emissions.

Data published yesterday in BP’s annual Statistical Review of World’s Energy, shows that the UK’s energy sector saw the biggest drop in CO2 emissions in the years 2013-16 of any EU country, behind only China and the US. 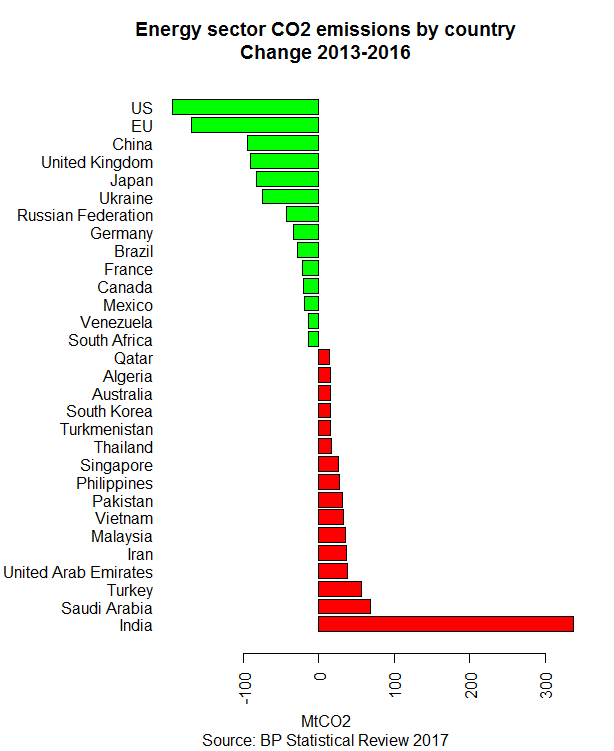 The severe decline in coal use in the UK is the main driver of the emissions drop. Internationally, the global flatlining of carbon emissions has been put down the world making what Spencer Dale, BP’s chief economist, as a “decisive shift” away from coal.

Speaking to reporters yesterday, Dale said: “The fortunes of coal appear to have taken a decisive break from the past.”

Read more: What has replaced coal in the UK?

He said that the UK was a “particularly extreme” example of coal decline, and had been accelerated by government regulation.

Back in March, theFT reported that carbon emissions from the UK had sunk to levels not seen since the days of Queen Victoria when coal powered the industrial revolution.

Just last week, Unearthed reported that wind, solar and energy efficiency had replaced the vast majority of power from the UK’s coal fleet.

Across the world, the decline of coal has been marked by an increase in renewable energy generation.

In the United States, coal consumption has fallen dramatically, while renewables have increased.

According to Dale, it’s unlikely that President Trump’s pro-coal policies will do much to change this.

He said: “Unless you do something to stop shale gas, which doesn’t appear to be what the administration would be keen to do, I find it hard to see how that trend would change.”

In China too, there has been a dramatic increase in the consumption of renewable energy.

In India, the news is less promising, with CO2 emissions having surged since the turn of the century.

But even in countries that have experienced a significant growth in coal use and CO2 emissions in recent years, there is evidence that demand is slowing.

In India, the fall in the cost of renewable energy has contributed to major coal projects being called off or delayed.

For all this, global demand for oil remains high, particularly in developed economies like the US, China and the EU.

In fact, it’s marked that most of the countries experiencing a reduction in demand for oil in this analysis are going through economic hardship.