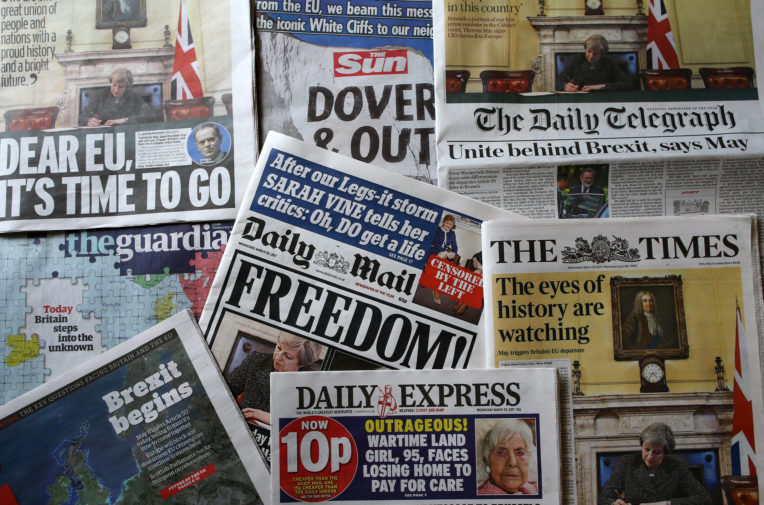 Peter Oborne: ‘The press has failed on climate change’

In an exclusive interview, the Daily Mail columnist says he has abandoned climate scepticism and is tempted to vote for Jeremy Corbyn

Peter Oborne: ‘The press has failed on climate change’

In an exclusive interview, the Daily Mail columnist says he has abandoned climate scepticism and is tempted to vote for Jeremy Corbyn

“This planet is unbelievably beautiful and it’s becoming more and more fragile.”

From his office in Chiswick, Daily Mail columnist Peter Oborne talks about what he calls his “awakening” on climate change.

“I don’t accept the sceptical views that this is cyclical. This is an enormous issue and we have all been culpable. The right has been culpable for not treating this as a serious matter and I intend to start writing about it.”

Lying back on his brown leather sofa, nursing heavy jet-lag after flying back from Pakistan that morning, he becomes animated when talking about the environment.

There’s a pile of climate-related books on his desk that he intends to read.

“I’m teaching myself about this stuff. I think we should be responsible and move toward other forms of energy.”

We are living through a glorious time for British parliamentary democracy. Corbyn is part of that, as is Brexit

This is a rather surprising move for the maverick columnist. Back in 2014, writing in the Telegraph he bemoaned “the hysterical, forgetful, self-absorbed and short-sighted” reaction to dramatic floods across England.

Back then he wrote: “Sixty years ago, 307 people died in England alone thanks to the North Sea Surge (an event nobody blamed on climate change).”

Now he thinks the “press has failed” on the issue.

“I think I was rather too impressed by climate sceptics to begin with. I’m in favour of scepticism, you see. But the evidence now is overwhelming. We have galloping climate change.

“I’m all for Matt Ridley and Nigel Lawson, who is a great mind, but other voices haven’t been heard enough. The press could campaign on these issues.”

What’s behind this sudden “awakening”?

Well, he explains, “you can see it in your own life”.

“Here we are at the end of September, and the cricket county championship is still being decided. 25 years ago, it never went on this long.”

Later, he mentions the absence of the white Christmases he remembers from his youth and talks about his time in Pakistan.

“I was just in Chitral, in the Hindu Kush, and the glaciers there are disappearing. I’m also hoping to go to Bangladesh to see the situation there.”

At times, Oborne sounds like he’s just got off a train from the 19th century.

Over the course of an afternoon, just a few days before the start of the Conservative party conference, Oborne gives his opinion on everything from Brexit – he’s a fan – to Trump – he’s not.

He’s not so much a contrarian, but a man who holds a range of views simultaneously. It’s certainly not easy to pin him down.

“I’m tempted to vote for Corbyn.”

“We are living through a glorious time for British parliamentary democracy. Corbyn is part of that, as is Brexit.

“I don’t know if he’ll be Prime Minister. I can’t predict the future and my attempts to predict the future recently have not gone very well. But I’m tempted by Corbyn. I’m a Tory. I’ve always voted Tory. But I don’t feel this shock horror that some people do.

“Quite the opposite, in fact, I think he’s a very refreshing political figure. I should say there are real issues with his economic policy. But there are other issues where I think he’s been very good.”

“The thing I like and admire about Jeremy Corbyn is that he has had a very sustained and coherent critique of British foreign policy in the 21st century. He’s been right, while the establishment has been wrong.

“The Foreign Office, MI6, CIA: all wrong. Afghanistan: Corbyn was right and these geniuses in the intelligence services, the FT commentators and the Economist, they were all completely wrong. Same applies to Libya, where he was one of 12 MPs who voted against the intervention. He also very good on drones and torture and the British state is in complete denial on those issues.

“I mean, did you hear Mark Field recent speech in the Commons? He basically blamed the Rohingya for ethnically cleansing themselves. He was very close to saying that. This is ghastly. There’s something wrong with the Foreign Office. I think Boris is better than most, but we’ve had a series of Foreign Secretaries who have been overawed by the office.”

Oborne is a fan of Boris Johnson. An ardent Eurosceptic, he says the Foreign Secretary has acted “courageously” both during the referendum and in the time since.

It might be jarring for a man who wrote a book called ‘The Rise of Political Lying’ to hail a politician who had two opinion pieces on Brexit ready to go, one for leave and one for remain, before he picked his side in the referendum debate.  Is it possible that Oborne only admires Johnson because he agrees with him?

“No, not at all. He’s taken a series of courageous stances, most recently by jeopardising his position in the government to make a case for leave. It’s not because he agrees with me, he strikes me as someone who has been far more consistent than most other contemporary politicians.”

But what about that promise to take the £350 million a week we give the EU and put it into the NHS?

“It was a campaign statement. I didn’t like it, particularly, by the way. There is a defence to be made of it. It’s more like £175m, but it is true that £350m comes back under our control. And in that sense it’s not quite as grievous a lie as its enemies claim. And there were just as bad and many worse lies told by the other side.

“If you look at the arguments made in that book [‘The Rise of Political Lying’], I set out what a lie was: it’s a false statement that is deliberately false and intended to deceive. It is the nature of politics, particularly in campaigns, that things are overstated.

“I was uncomfortable with that £350m figure, except that there is that one justification. We’re regaining control of roughly £350m. We’re getting back about £175m net.”

But it wasn’t just about regaining control of that money. It was about putting it into the NHS.

“Look, I’m perfectly happy to accept that that was improper, but the other side was just as improper, in fact probably worse. All those documents issued by official sources warning that the economy would fall off the cliff the minute we left the EU. That may yet happen, but I feel like that was worse. However, I’m not going to defend Mr Johnson or Mr Gove on the issue of £350m.”

On Brexit, Oborne sees Theresa May as having acted in a far more conceited way than Johnson.

“It’s very unfair on Boris Johnson who seems to me to have behaved in quite a principled way throughout, yet he gets labelled as a chancer, while the Prime Minister has been every bit as unprincipled, more unprincipled by far, in fact, and has also found it very hard to make up her mind about things. It’s unfair that she gets labeled as a stable person, but there we are. That’s how it is.”

He thinks May will keep going, she has “continually defied predictions that she is going to sink without trace”, insisting that no one in the Tory party has the energy to get rid of her.

And feels her legacy will be defined exclusively by whether she is able to take Britain out of the EU.

“If she actually pulls that off, then I think she will look, even at the time, as a substantial figure.”

So Theresa May will be a substantial figure if she manages to take Britain out of the EU; but what then? What does a successful Brexit look like for Oborne?

“We won’t know that for a long time. It’s going to be messy, coming out of the customs union, but on the other hand, as far as I’m concerned it was about one thing: regaining national political sovereignty.

“The purpose of Brexit is to regain control of our laws and our democracy and that’s why the policy being sought by Hammond and Rudd is unsatisfactory, because it doesn’t change much.

“The danger is that you have a Brexit where we retain our strong trading relations with Europe at the cost of letting Europe control our regulations. In which case, you might as well not leave at all. It’s very finely balanced. There are still arguments for remain as well.

“Brexit was a fantastic democratic moment in Britain and the people who tend to be against it are against democracy.”

Oborne doesn’t believe the referendum can be blamed for an increase in hate crimes. He sees anti-Muslim violence in the UK as part of a long-term trend.

In the past, he has bemoaned the British state for creating what he describes as a “soft apartheid” for Muslims in Britain. He has also described the Conservative Party as a “Muslim free zone”.

Does he ever wince when picks up a copy of the Mail and sees how it portrays Muslims?

“Look, I’m very grateful for your invitation to slag off the paper I work for, that’s very kind of you.

“I have written pamphlets, made films and I’m now writing a book about the environment in which British Muslims have to operate and that is dangerous.

“To be fair to the Mail, they have allowed me to write about this in the paper.”

For years, Oborne has occupied a unique space in the British political commentariat. Ostensibly a Conservative opinion-maker, he regularly writes for left-wing sites like Middle East Eye and Open Democracy, where he published his famous piece explaining why he resigned from the Telegraph.

He seems uniquely placed to analyse this political moment.

“There are connections between Trump, Brexit and the increased support for the far-right in Europe,” he says.

“But there’s also Sanders, who would have beaten Trump if the Democratic Party establishment hadn’t sabotaged him and there’s Corbyn here. We’re seeing a move from the fake politics of the Blair-Cameron era to an age of real political disagreement.”

Does he worry that Brexit will lead the UK into a more subservient relationship with the US?

“We already copy the US in the most pathetic ways and I would urge the country not to go in the direction of the new ugliness of American discourse on the right.

“Trump is clearly horrible and dangerous, particularly to the people of the United States because of the way he stirs up racial hatred.