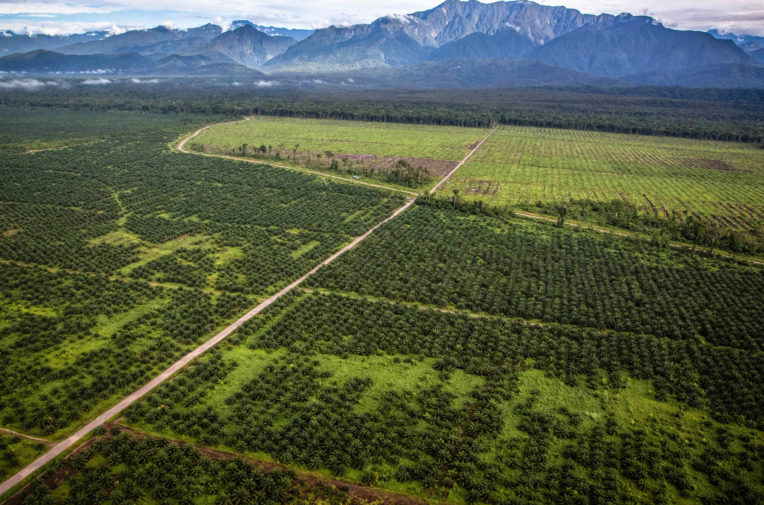 The correspondence reveals that the British high commission in Kuala Lumpur even expected Malaysian Prime Minister Najib Razak to lobby Theresa May personally on the issue at last month’s Commonwealth Heads of Government meeting. In the event, Razak did not attend the meeting in London, a Number 10 spokeswoman told Unearthed.

Correspondence between the Ministry of Defence, the Department for Environment, Food and Rural Affairs, and the British high commission, reveals British officials were concerned that EU moves to ban palm oil in biofuels could result in Malaysian trade reprisals against the UK.

MEPs voted in January to stop palm oil in biofuels counting towards countries renewables targets, citing environmental concerns. The move sparked a furious response from the governments of Indonesia and Malaysia, which produce most of the world’s palm oil.

The debate over palm oil is playing a significant role in the run-up to Malaysia’s general election, which will be held tomorrow.

On the morning of 5 February, an official at the British high commission in Malaysia sent an email warning that the EU decision was “a big issue for Malaysia and, if not handled correctly, has the potential to impact on bilateral trade, particularly defence sales (Typhoon)”.

As well as stating that Razak was expected lobby May on the issue, the diplomat’s email states that “we should expect every minister engaging with Malaysia to be lobbied on palm oil”.

In a later email that morning, an MoD official wrote that the ban “could affect our bilateral relationship and potentially defence sales”.

A spokeswoman for BAE Systems told Unearthed: “We are aware of media reports of a potential European ban on palm oil imports – this is a matter for the government. We remain engaged in discussions about the potential for Typhoon to meet the requirements of the Royal Malaysian Air Force.”

Unearthed has previously reported government concerns that Malaysia could take action against the UK and other EU member states over the palm oil ban. But this is the first time worries over specific consequences for defence deals have been publicly confirmed.

£68m worth of UK arms export licences were authorised to Malaysia in the first nine months of 2017, according to Department for International Trade data collected by the Campaign Against the Arms Trade.

The palm oil industry has exploded over the last 20 years, and the vegetable oil can now be found in everything from chocolate bars to shampoo. But the commodity’s period of rapid growth has been marked with concerns about deforestation and environmental damage; notably to orangutan habitats.

Green Party MP Caroline Lucas told Unearthed that the government needed to make its position clear on the use of palm oil in biofuels.

“Palm oil production is causing devastation to wildlife and nature in many places around the world. It would be utterly unacceptable if the UK government prioritised the profits of the arms trade over the protection of endangered species and precious habitats.

“We need clarification from the Prime Minister and the Foreign Secretary that the UK government is committed to strengthening the rules governing palm oil use in biofuels – as well as firm assurances that no dodgy backroom deals have been made in Whitehall or Brussels.”

Despite requests from Unearthed to clarify the government’s position on the palm oil vote, the government declined to address the issue directly.

Instead, a spokesman for the Department for International Trade told Unearthed: “There is a strong trade and investment relationship between the UK and Malaysia. As we leave the EU, we look forward to deepening our engagement with emerging markets in South East Asia.

“The UK has not used palm oil in the production of biofuels for a number of years and the use of non-waste oil in biofuel is minimal. The government has also agreed to focus on utilizing waste derived biofuel, which generally has higher carbon savings.”

The emails obtained by Unearthed reveal that officials at Defra were “keen to avoid being drawn on palm oil in relation to defence” when talking about the EU vote to the press. In response, an MoD official wrote in February: “to start referring to defence deals in our response makes it look like it is a serious consideration in our approach to the issue when at the current time it isn’t”.

The government also declined to respond directly to Unearthed queries, submitted to several government departments, on whether any minister had been lobbied directly by Malaysian representatives on the palm oil issue.

The British government has previously said as long as the UK remains in the EU, it will continue to be part of negotiations with other European countries on the directive. But it is yet to make known its position on the palm oil phase out.

The Malaysian government has said it will go to the World Trade Organisation to complain about the EU move to prevent palm oil in biofuels from counting towards renewable targets.

Last month, Politico reported Indonesia’s special envoy on palm oil Luhut Binsar Pandjaitan told an audience in Brussels that his government would consider taking retaliatory trade measures against the EU, including action against aviation giant Airbus, if the biofuel phase out goes ahead.