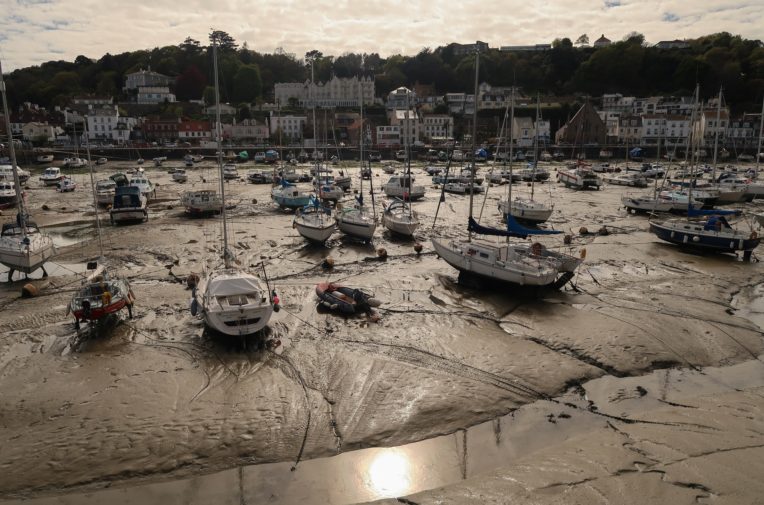 A recent report by the Institute of Economic Affairs (IEA) pushing back against a crackdown on tax havens was funded by Jersey-based banks, Unearthed can reveal.

The IEA used the report to try to persuade a cabinet minister not to increase regulations on Jersey and Guernsey offshore financial centres, according to its director general Mark Littlewood.

Jersey Finance, which represents the island’s banking sector and is part-funded by the States of Jersey Government, funded a June 2018 report called “Offshore Bet: The benefits of capital mobility”, that argued against increased regulation of offshore financial centres.

The IEA’s director general Mark Littlewood handed a copy of the ‘Offshore Bet’ report to an Unearthed undercover reporter during a meeting at the IEA’s offices last month and described how the report has been disseminated by the IEA:

“So we’re not lobbyists so we will tend to frame the argument and then say you know, so here is our paper on X and then we promulgate that argument endlessly and repetitively I think I’ve given you the, the paper on offshore tax havens that, that will then frame every debate and discussion we go to about why we shouldn’t be shutting down Jersey and Guernsey as offshore centres, how valuable they are so that provides the ammunition.”

“Some of it went straight to cabinet minister, if you can sit down with a cabinet minister and persuade him over the table to change policy immediately hoorah but a lot of it is longer term informing of SpAds, getting it in the media you know, big article in the Daily Telegraph saying why don’t we do X.”

Jersey Finance has been open about its support for the ‘Offshore Bet’ report. The IEA does not reveal its sources of funding as a matter of policy.

Molly Scott Cato, a Green Party MEP, told Unearthed: “It’s shocking that the IEA was given money to produce a report arguing in favour of tax havens by banks headquartered in tax havens. Such reports are cited in support of low-tax policies by many who fail to understand their true source.”

The news comes after a major investigation by Unearthed revealed that the IEA, which is an educational charity, is funded by oil major BP and gambling companies, and that its director general Mark Littlewood solicited donations for its Brexit and trade work from US businessmen, including agribusiness tycoons.

The investigation further revealed how donors to the IEA can shape its research. Littlewood told an undercover Unearthed reporter that funders were not able to change the conclusions of IEA research, but they could influence the “content” and “salience” of issues covered by its reports.

In 2012 the UK casino industry funded a report on casino deregulation and said it saw the IEA as a way of getting its messaging out via an independent organisation, according to a document seen by Unearthed.

The ‘Offshore Bet’ report aimed to shift the debate over tax havens by offering a more positive picture of their contribution to the global economy.

It followed increased scrutiny of the role of offshore financial centres in enabling tax avoidance and corruption, including a successful move by a cross-party group of backbench MPs to increase transparency in British overseas territories, although this did not include Jersey, Guernsey and the Isle of Man.

Jersey Finance issued a press release to accompany the launch of the report saying that the research had been “undertaken by the Institute of Economic Affairs (IEA), with support from Jersey Finance”. However, there is no mention in the report or on the IEA’s website of the source of the report’s funding.

The report argues that tax havens have played a crucial role in combating poverty: “It is difficult to imagine the process of globalisation that has taken place over the last fifty years, bringing hundreds of millions of people out of poverty, happening without the robust financial and legal framework which offshore jurisdictions provide for investment. It would be counterproductive, for both the developing and the rich world, to undermine their essential functions.”

A spokesman for Jersey Finance said it had not paid the IEA for the ‘Offshore Bet’ report but had “provided some funding to support the research phase of the paper”.

He added that Jersey Finance had not commissioned the study: “The IEA issued a proposal which was open to anyone wanting to support their research. Jersey Finance felt that the project would be helpful in advancing conversations around international finance centres and decided to support the work stream, partly financially and partly by providing access to relevant materials and data.”

Jersey Finance told The Guardian that it checked the paper for factual accuracy where Jersey was referenced, but did not have any editing rights.

A spokeswoman for the IEA said: “In terms of our research practices, the Institute’s editorial and policy output is decided by its research team and Academic Advisory Council. In other words, we make independent editorial decisions and then seek funding.”

“Any received funding does not, under any circumstances, influence the conclusions of reports and our rigorous peer-review process means we are confident that our output is independent and free from conflict of interest,” she continued.

Another recent IEA report on financial services – published in May and authored by IEA trade expert Shanker Singham – was funded by the financial services industry in Guernsey. It also funded a trip by Singham to Guernsey where he gave a talk about the report’s findings.

The report argues for a post-Brexit strengthening of ties between the UK and the tax havens that are based in crown dependencies.