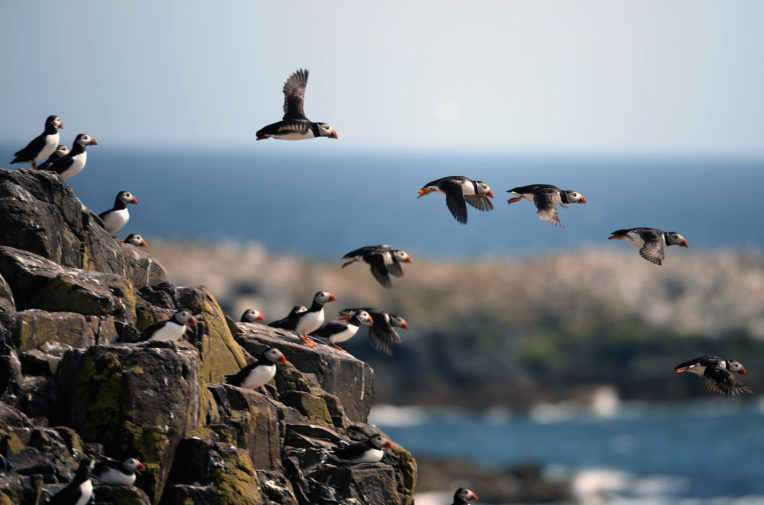 The government had an official target to bring 50% of England's best wildlife sites into favourable condition by 2020. But its conservation agency is now working towards a new target - that's 0.07% higher than it is currently.

The government had an official target to bring 50% of England's best wildlife sites into favourable condition by 2020. But its conservation agency is now working towards a new target - that's 0.07% higher than it is currently.

The government has quietly abandoned efforts to meet a longstanding target to improve England’s most important wildlife sites, according to a leaked document seen by Unearthed.

The document also warns that Natural England, the government’s nature regulator, is too stretched to prevent “further human-induced extinctions of known threatened species”.

The environment department (Defra) had an official target, set by the Coalition government in 2011, to conserve 50% of England’s sites of special scientific interest (SSSIs), by area, by 2020.

But a leaked internal Natural England action plan shows that the agency is actually working towards a target of ensuring 38.7% of SSSIs are in “favourable” condition – the top grade of the six-point scale Natural England uses to assess sites.

The new target is just 0.07% higher than the current level.

An insider at Natural England, which has faced significant budget cuts in recent years, told Unearthed they “would be surprised if we even meet that”.

The leaked plan, which was signed off by Defra, comes eight months after Theresa May launched the government’s 25 year environment plan, which pledged to ensure protected areas are “not only conserved but enhanced” and introduced a new target to conserve 75% of SSSIs within the lifetime of the plan.

Commenting on the story a spokesperson for the government’s conservation watchdog said the agency had not reduced any targets – insisting these were set by central government.

A Natural England spokesperson told Unearthed: “We are working to meet our ambition of achieving 75% favourable condition on SSSIs as part of the 25 Year environment plan. We do not comment on leaked documents.”

The law requires the government to “further the conservation and enhancement” of SSSIs, under the Countryside and Rights of Way Act 2000.

They protect England’s most important areas for biodiversity, from the Lake District to the Pennines to Exmoor. Unearthed has found parts of all of these areas that were recorded as being in “unfavourable” condition when they were last assessed.

But a source at Natural England told Unearthed the agency could even slide backwards on its target to conserve sites.

“We don’t really know what’s happening,” the insider said. “There is very little monitoring going on and when this is combined with little to no proactive management work, there is very little hope of any gains. We could go backwards on the the target but in reality we are unlikely to know as the site condition hasn’t been checked. It is pretty shocking.”

Three weeks ago, a parliamentary question from Caroline Lucas, co-leader of the Green party, revealed that almost half of England’s SSSIs have not been monitored in the last six years, as is required by national guidelines.

Labour’s Sue Hayman told Unearthed: “SSSIs protect our most precious natural environment. If ministers are serious about their green credentials, then they need to prioritise protecting our environment.”

The agency has recently consulted on new plans to use local enforcement powers to crackdown on damaging activities on SSSIs.

The report lays out key risks that Natural England is facing, alongside measures that will be taken to combat them.

These include a “high” likelihood that “resources, and thus actions, are inadequate to meet the Biodiversity 2020 target to secure an overall improvement in the status of our wildlife and to prevent any further human-induced extinctions of known threatened species”.

The impact of this risk would be “high”, the document states.

Natural England’s plan to combat these risks is to “engage with partners to commit resources”, which could mean NGOs, businesses or other public bodies.

Matt Shardlow, CEO of nature charity Buglife, said this mitigation strategy “is not going to be enough to halt and reverse the huge declines of biodiversity – ever, let alone by the global target of 2020.”

He told Unearthed: “This plan feels like the moment of impact between aspiration and reality.  The clear desire to leave the natural environment in a better condition than we inherited it rests uncomfortably askew atop a jagged heap of colliding aims and financial realities.”

More than one in ten of the UK’s wildlife species is threatened with extinction, making it “among the most nature depleted countries in the world”, according to a major report published in 2016. Atlantic puffins, European turtle doves and wildcats are among the species at risk of extinction in the UK.

The report warns of a high risk that “turn around targets” for this work will be missed.

In response the agency will bring in the “introduction and expansion of chargeable services” – presumably for licences and permits – and “continue to work on longer term reforms” and standardise its responses to casework.

The RSPB, the country’s largest conservation charity, said that standardised responses could be “a useful tool to speed up consenting processes or pose a very real threat to wildlife, depending on how they are used.”

It could also lead to increased charges, less robust advice and leave some unable to pay for it, they said.

Chris Corrigan, RSPB’s director for England, told Unearthed: “Gove and May both signed up to an ambition to leave the environment in a better state than they found it and there was great ambition in the 25 year environment plan. But here for the first time there is something tangible that shows how the government is implementing that vision – and it all feels desperately weak.”