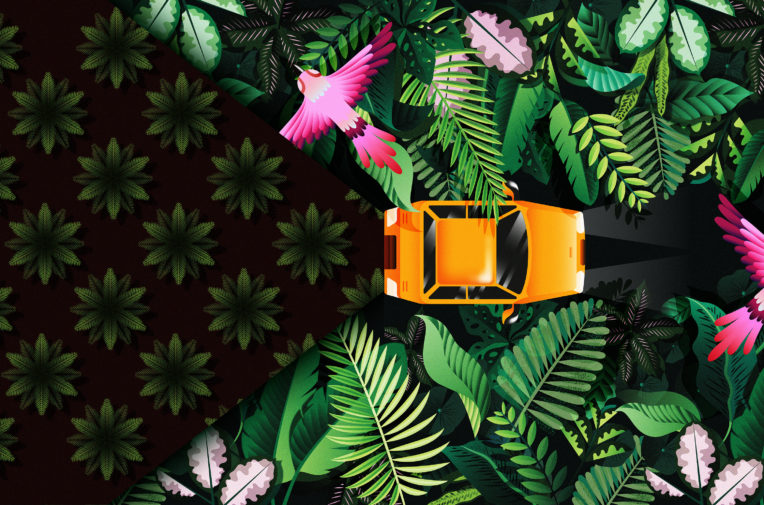 From threats to cancel UK defence deals to pledges to stop imports of Norwegian salmon, European moves to restrict palm oil have enraged Malaysia and Indonesia

From threats to cancel UK defence deals to pledges to stop imports of Norwegian salmon, European moves to restrict palm oil have enraged Malaysia and Indonesia

A few months later Luhut Pandjaitan, an Indonesian government minister close to President Joko ‘Jokowi’ Widodo, warned his country would retaliate if it was “cornered” by the EU.

In the past two years the European Commission and several European countries have weighed up plans to restrict imports of palm oil amid growing concern about the environmental impact of the crop. But the world’s biggest producers launched an aggressive diplomatic pushback, threatening to cancel deals worth billions for everything from salmon to fighter jets.

Groups backed by the Malaysian government launched social media campaigns against European government officials and a well-known supermarket, at the same time.

Unearthed has pieced together the story of the diplomatic spat through conversations with stakeholders, politicians and official emails.

Palm oil is a cheap and versatile vegetable oil, derived from the oil palm tree that grows easily in the tropics. It has seeped into everything over the last two decades, from chocolate bars to jet fuel.

In the 20 years from 1995 to 2015, global palm oil production increased from 15.2 million tons to 62.6 million tons. It’s been estimated that 50% of all packaged goods sold in western supermarkets contain palm oil.

Some conservationists say palm oil is a good alternative to other environmentally unfriendly crops, because it uses less land than other vegetable oils.

However, its environmental impact on Indonesia and Malaysia, which together produce about 85% of the world’s palm oil, has been marked; contributing to a big increase in deforestation in both countries. Today, Indonesia is the world’s fifth biggest emitter of greenhouse gases, mainly due to land use change. According to Global Forest Watch, from 2001 to 2017 the country lost 24.4 million hectares (Mha) of tree cover, equivalent to 2.44 gigatons of CO₂ emissions. Malaysia lost 7.29Mha of tree cover in the same period.

A study published in February last year in the journal Cell Biology found that 150,000 Borneo orangutans were lost between 1999 and 2015, partly as a result of the expansion of the palm oil trade. The IUCN states that 193 critically endangered, endangered or vulnerable animals – including African forest elephants and chimpanzees – are directly threatened by palm oil.

As well as the obvious environmental disruption, the dramatic growth of the palm oil sector has reshaped the political and economic systems of both Malaysia and Indonesia.

Today palm oil exports make up between 5% and 7% of GDP in both countries. Helena Varkkey, a senior lecturer in international relations at the University of Malaya, explains that over the last two decades “palm oil has become intrinsically linked to development in Malaysia, both as a vehicle for economic growth and as a way for the state to get smallholder farmers out of poverty”.

Varkkey says the growth of the industry in southeast Asia has created a powerful and well-connected political lobby, backed up by nationalistic pride and an ideological commitment to the crop.

Diplomatic pressure from Malaysia and Indonesia intensified at the start of last year, when MEPs voted to phase-out palm oil in biofuels from counting towards the EU’s new renewable energy guidelines, which will take effect in 2020.

These rules pose a particular problem to palm oil companies, because a decade or so ago analysts predicted a glowing future for biofuels. In 2010 the EU drafted its first renewable energy directive, setting clean energy rules and targets for member states, and providing an incentive for member states to switch to palm oil-based biodiesel for cars.

In anticipation, palm oil producers stepped up production and created new plantations. These plantations have now reached maturity, but with scientists and legislators increasingly aware of the environmental impact of crops like palm oil, the expected biofuels boom has not materialised, leaving producers with a mounting oversupply problem.

Chris Malins, a consultant on alternative fuels explains: “The biggest potential growth area for palm oil is fuels. This is a growing industry in the medium and long term, and nothing Europe does will change that, but if we stop layering on additional demand for palm oil in biofuels that will limit those more aggressive demand scenarios.”

The vote in the European Parliament set off a major lobbying effort by the Indonesian and Malaysian governments and palm oil interests both in Brussels and in European capitals, as the European Commission deliberated over the final shape of the new green energy rules.

In the UK Indonesian and Malaysian officials appeared to dangle a post-Brexit trade deal in an effort to get the UK to oppose the EU move on palm oil in biofuels, according to government emails from early February 2018.

Foreign Office officials said a few days later that “every minister engaging with Malaysia” should expect to be lobbied on palm oil, including Theresa May, who was due to meet then Malaysian Prime Minister Najib Razak at the Commonwealth heads of government meeting in April 2018. In the end, Razak was unable to attend to event.

British diplomats also feared that the EU fight could torpedo a multi-billion pound deal for Malaysia to replace its ageing fighter jet fleet with Eurofighter Typhoon jets manufactured by BAE Systems. And Foreign Office staff complained about both countries putting pressure on diplomats to hit back on a move by Iceland supermarket to remove palm oil from its own-brand goods.

With a number of European countries considering their own moves to limit palm oil imports on environmental reasons, the push-back on the continent was similarly intense.

This January, Malaysia’s new-elected premier, Mahathir Bin Mohamed, sent a letter to Emmanuel Macron threatening the suspension of free trade talks and “regrettable economic and trade consequences” for €6 billion of French exports, because of the French “de facto ban” on palm oil. In early summer 2018, French politicians moved to cap and progressively phase-out imports of the commodity.

The move came two-and-a-half-years after French politicians scrapped plans for a tax on unsustainable palm oil in 2016 after being warned that passing the law could lead to the execution of a French citizen convicted of drug trafficking in Indonesia, as reported here.

When the Norwegian parliament asked the government to develop measures to exclude biofuels with a high risk of deforestation, both Indonesia and Malaysia tried to hit back.

Mahathir wrote to the Norwegian prime minister Erna Solberg in January warning that the country’s plan to phase out palm oil from biofuels in 2020 could have “regrettable economic and trade consequences” both for Malaysia’s smallholder farmers and for Norway.  Malaysia’s new primary industries minister, Teresa Kok, warned that free trade negotiations with European Free Trade Association (EFTA) states (which includes Norway, as well as Iceland, Liechtenstein, and Switzerland) could be “adversely affected”.

Speaking to reporters after the signing of the Indonesia-EFTA trade deal in December last year, Indonesian trade minister Enggartiasto Lukita said palm oil had been a major sticking point in negotiations.

Lukita added that he had threatened to leave Norwegian salmon out of the deal if EFTA states restricted access for palm oil. “I said, we’ve gone a long way. You will benefit from this and I too. So if you don’t open up for our palm, let’s just forget about this.”

The Norwegian government declined to comment when approached by Unearthed.

These high-level diplomatic spats have been matched by an online campaign established by Malaysia’s smallholder associations and Malaysian government agencies targeting the EU, key member states and private companies.

Why Iceland and Mr Walker are wrong about palm oil, in one short video. pic.twitter.com/SpYvoNIaUN

As the Times reported, while Human Faces of Palm Oil describes itself as a platform to tell the stories of Malaysia palm oil smallholders, it was set up by several Malaysian groups, including two government agencies; Federal Land Development Authority (FELDA) and the Sarawak Land Consolidation and Rehabilitation Authority (SALCRA).

The Malaysian Palm Oil Council (MPOC), an official trade body, is also listed online as one of the groups behind the Human Faces of Palm Oil. MPOC operates from the same physical address as the economic and industry division of the Malaysian Palm Oil Board (MPOB), a government agency.

MPOC made its presence felt during free trade agreement negotiations in Europe last autumn, when CEO Kalyana Sundram dominated discussions that were supposed to be led by plantations minister Teresa Kok, according to one senior European political figure at the table, who asked to remain anonymous.

Neither Kok nor Sundram responded to a request for comment from Unearthed.

Farmers Unite, another online campaign publicly backed by MPOC, launched with three full-page ads in the run-up to Christmas in the London free newspaper City AM, calling on Iceland boss Walker to end his “colonial crusade” against palm oil.

The group’s founder Thompson Ayodele wrote a series of op-eds in Asia and west Africa, at the same time, decrying moves in Europe to restrict palm oil imports. Ayodele is the founder of the Nigerian thinktank, the Initiative for Public Policy Analysis (IPPA) and in 2015 authored research for Malaysia’s Sime Darby Plantation.

The National Association of Smallholders (NASH) is another Malaysian group publicly backing both the Human Faces of Palm Oil and Farmers Unite campaigns. Over the last 12 months, NASH has placed several ads in Politico Europe, a magazine that reaches power brokers in Brussels, denouncing the EU’s palm oil policy as “crop apartheid”.

Unearthed approached NASH, Thompson Ayodele and MPOC for a comment on this story, but received no response.

.@JSandlerClarke @ArthurNeslen Is @UE and the fake @Greenpeace news outlet working with @guardian to make false claims against palm oil small farmers? Makes sense why Western media only push the views of colonialist NGOs and forget about the Global South! (2/2)

Last Wednesday, after all the diplomatic wrangling, the European Commission recommended that palm oil should be phased-out from transport fuel on environmental grounds. The EU measure places limits on what types of palm oil biofuels can count towards member states’ renewable energy targets.

The Malaysian government called the move a “calculated political act” and threatened to bring a World Trade Organisation challenge if it goes ahead.

A statement from the country’s foreign ministry read: “Such an aggressive trade barrier targeted at Malaysia’s national interests, and our 650,000 small farmers, cannot pass without a strong response.”