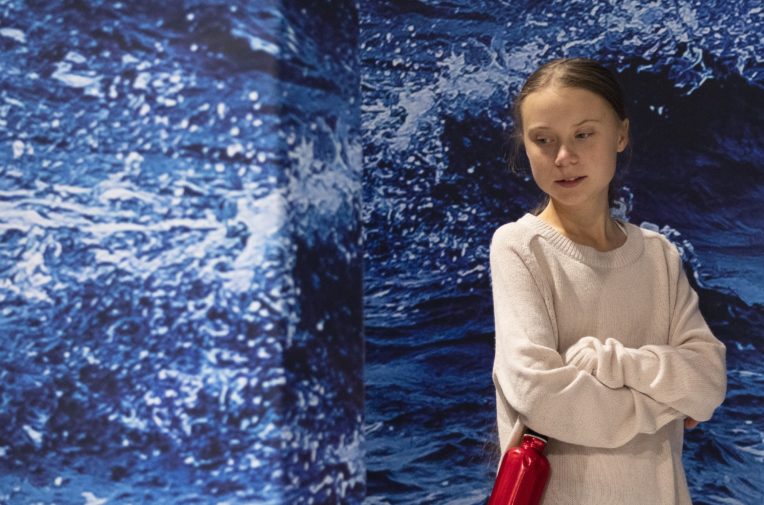 The best environmental journalism of 2019

From painstaking investigations and secret recordings, to agenda-setting think pieces and brilliant features, here are the stories we wish we'd written this year

The best environmental journalism of 2019

From painstaking investigations and secret recordings, to agenda-setting think pieces and brilliant features, here are the stories we wish we'd written this year

This story from Buzzfeed News was shocking. Over the course of a year, Tom Warren and Katie Baker conducted more than 100 interviews and combed through thousands of pages of documents to reveal torture and killings carried out by guards funded by the World Wide Fund for Nature (WWF). Their incredibly detailed investigation, which is still ongoing, alleged horrific actions by WWF-backed park rangers and officials around the world acting in the name of conservation, with Indigenous people frequently bearing the brunt of the violence.

This year saw a series of barnstorming investigations into the illicit funding of Europe’s new populist movement – from Germany’s Russian-backed MP to jawdropping video of the Austrian far-right leader’s late night dealings in Ibiza.

The story I want to highlight came out of Italy, where Matteo Salvini has enjoyed greater success than many of his peers across the continent. In February, Italian magazine L’Espresso uncovered a plot to pump millions of Russian oil money to Salvini’s Lega party. Months later, BuzzFeed obtained and published audio from one of the key meetings, triggering outcry and investigations.

According to a leaked recording obtained by the Intercept’s Lee Fang, the US oil lobby has been secretly crafting laws to criminalise environmental protest through a powerful trade group backed by BP, Shell, ExxonMobil and Chevron. The recording reveals how oil companies are working behind closed doors with state-level politicians to outlaw protests against critical infrastructure such as oil pipelines, in response to the enormous opposition to the Dakota Access pipeline. The second part of the investigation, by Fang and Documented’s Nick Surgey, reveals how pipeline companies have lobbied the Trump administration to introduce criminal penalties of up to 20 years in prison for “inhibiting the operation” of a pipeline.

The rise of ecofascism

It’s been a big year for climate protests. This year has seen the school strikes and Extinction Rebellion rise to the forefront of public consciousness. Yet as the left rallied behind environmental causes, Natasha Lennard looked into how the far-right thinks we should tackle the climate crisis. The Intercept explores the historic relationship between the deep ecology movement and eugenics, and how, as the climate crisis looms large, the far-right could shift from its traditional position of avid climate denial to eco-fascism.

In November this year, investigative reporters in Iceland broke a series of explosive stories about one of the world’s biggest fishing companies, the Icelandic multinational Samherji. Drawing on an enormous leak of internal company documents – dubbed the Fishrot Files – and interviews with a company whistleblower, they alleged the company had paid bribes of around US$10m between 2012 and 2018 to secure access to Namibian fishing quotas, and transferred proceeds from the catches to a shell company in the Marshall Islands. Within weeks, two Namibian ministers had resigned and been arrested, and Samherji’s chief executive had been forced to step down from that role – and even from his directorships at some of the UK’s biggest fishing businesses.

The Guardian’s series on pollution in the deep south

The Guardian is known for its long reads and this year it published a brilliant one about a town in the US that’s known as “Cancer Alley”. The risk of cancer here is the highest in the country and residents put it down to the “likely carcinogen” emitted by the chemicals plant, which sits on the land of a former plantation and a thousand feet from the local school. Building on reporting a few years ago by the Intercept among others, the Guardian returns Reserve, Louisiana to do thorough reporting and beautiful storytelling on the residents’ David and Goliath fight for justice. With the town predominantly African-American and working class, it’s a stark story of environmental racism in modern America.

Flaring in the States

I’m weirdly obsessed with how to communicate to people just how messed up flaring is (which is maybe why friends have stopped answering my texts), but Ali Withers has basically nailed it in this short documentary for NBC Left Field, an experimental video vertical launched in 2017 and sadly shuttered last month. Withers gets great interviews and who knew the egregious dumping of carbon into the air to save oil firms money would look so beautiful from a helicopter at dusk? (I came across this short documentary while researching footage for my colleague Lawrence’s investigation into US flaring in October, which you should also check out).

Lynton Crosby and the big polluters

Jim Waterson’s investigation into PR firm Crosby Textor’s work for the Saudi government and other major polluters was one of my favourite pieces from this year. It’s classic investigative reporting, based on discussions with sources and examination of the documents they have. More importantly, it goes to the heart of one of the biggest political challenges we face: the ability of some powerful actors to distort reality, sew doubt about inconvenient facts and plant their own story about the world into our minds. The alleged role of Glencore and the Saudi government in using these methods to challenge and weaken action on climate change shows this is not just about Facebook or social media – it’s also crucial to the environment.

Beef and the Amazon

Brazil has been the story of 2019. The rise of far-right populism in the country has devastated the Amazon rainforest and the Indigenous communities who call it home. In a crowded field, this series of investigations by the Bureau of Investigative Journalism and the Guardian, with additional work by Repórter Brasil, stood out for showing how the crisis in Brazil affects ordinary people around the world. A special mention also to the work done by the journalists at investigative outfit Publica and their “Lawless Amazon” project, which has helped inform our stories on Jair Bolsonaro’s administration this year.

Why Carbon Credits For Forest Preservation May Be Worse Than Nothing – ProPublica, Lisa Song

How the Plastics Industry Is Fighting to Keep Polluting the World – The Intercept, Sharon Lerner

See how global warming has changed the world since your childhood – ABC (Australia), Tim Leslie, Joshua Byrd, and Nathan Hoad

The 20 firms behind a third of all carbon emissions – The Guardian, Matthew Taylor and Jonathan Watts