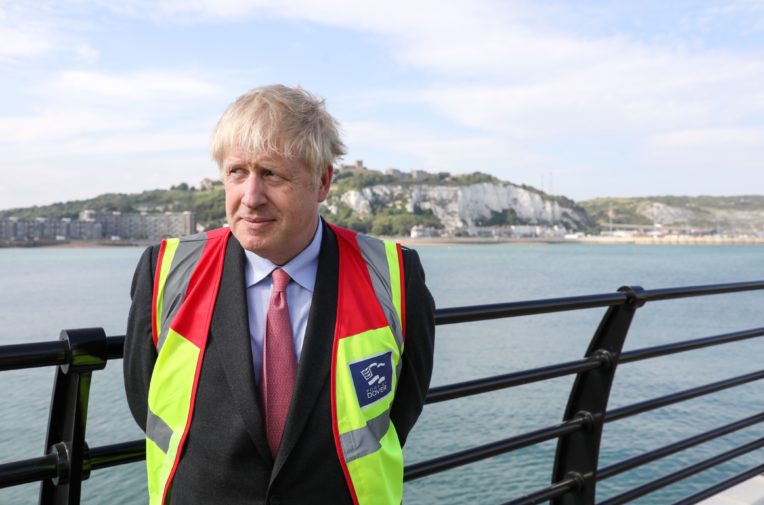 The government is willing to accept that food products coming in and out of the EU will face checks and additional paperwork at the border, as it looks to secure a swift free trade agreement with the bloc, according to a leaked document seen by Unearthed.

The document appears to contradict Dominic Raab who told Sophy Ridge on Sky News yesterday that EU negotiator Michel Barnier was “wrong” to claim that goods would be subject to extra checks after Brexit.

When Michel Barnier says there will be borders checks is he wrong?

"Yes, he is wrong if the EU lives up to its commitments on its side both in the withdrawal agreement and the political declaration" says Dominic Raab. #Ridge

Barnier has said the UK’s decision to quit the customs union and the single market “makes checks indispensable”.

But the Foreign Secretary rejected those comments. He said: “No, it’s directly in conflict, not just with the Withdrawal Agreement but the undertakings in the political declaration [setting out the two sides’ future relationship].”

The leaked briefing, prepared by civil servants in the Department for Environment, Food and Rural Affairs (Defra) near the end of December, sets out that the government’s priority heading in to talks is to minimise checks, rather than eliminating them all together by pushing for a Norway or Swiss-style trade deal.

It also repeatedly concedes that there may not be enough time in the negotiations to agree on how to minimise new checks and paperwork noting; “there may not be sufficient time to identify all the equivalent certificates, nor to simplify model certificates” for the UK and the EU to secure a comprehensive agreement on food and environmental standards by the end of the transition period. The document notes these may be dealt with in future by a committee.

In a major speech setting out his bid for a trade deal with the EU today, Boris Johnson said that the UK should not be prepared to accept EU rules in key areas. He said that the UK would uphold or enhance its high standards, but would be “governed by science”, language that echoes US language in trade deals.

Negotiators only have until December 31, 2020 to reach an agreement. The document suggests ministers are keen to leave the door open to imports of products which breach EU health and environmental standards as part of future trade deals with other countries.

In the event that negotiators are unable to agree a deal by this date, the document suggests that the government is preparing various fallback options. Details are sparse but the document hints that fallbacks are likely to mean more stringent checks unless and until a deal is reached by a new joint committee on food and hygiene standards.

The government’s priority going into negotiations will be to “build-in flexibility … to maximise opportunities for trade with the rest of the world”, according to the document.

In practice, this means UK negotiators are pushing for equivalence, rather than alignment with the EU on sanitary and phytosanitary (SPS) standards, or food and environmental rules which  protect human, animal and plant health.

This could mean that the UK is free to diverge from EU SPS standards as it looks to secure trade deals across the world and raises questions about assurances by environment secretary Theresa Villiers in January that the UK will “maintain and enhance” current standards.

A government spokesperson reiterated to Unearthed that they will uphold the UK’s high standards.

Accepting EU SPS rules could prevent the UK negotiating agreements with the likes of US, India and Australia, countries which are all likely to demand concessions on food and environmental rules for the UK to get a deal.

The EU takes a precautionary attitude to environmental and food policy, while the US and other countries take a risk-based approach. This means that EU food standards are generally considered more stringent than much of the world. The debate over a post-Brexit trade deal with the US has been dominated by fears of hormone-fed beef and chlorine-washed chicken entering the UK.

SPS experts, who had not seen the documents, said that moving away from EU standards could have very serious consequences for British farmers and food producers.

Dr Rosalind Sharpe, who works on the Food Research Collaboration at City University told Unearthed: “If our standards diverge from the EU, the single market of Europe would not allow us to trade with them. For many food businesses in this country, that would be a disaster, especially for the sheep meat, beef and fish sectors, which export a lot of fresh produce into Europe. It would have a devastating effect.”

Prof Erik Millstone, professor of science policy at the University of Sussex, told Unearthed: “If there are checks at the ports, there will also be delays and long queues on UK motorways. The products will deteriorate and may perish before they get to their destination and the exporters will bear the costs and pass them onto farmers, many of whom are already on thin margins. It’s all got the makings of a complete screw up.”

“The checks will increase costs, as consignments will have to have certificates of compliance with EU standards”, he added.

These certificates have to be signed by a professional vet or environmental health officer. The British Veterinary Association has warned that diverging from EU SPS rules could lead to negative consequences for animal welfare and leave its members overstretched.

A separate leaked document from Defra, reported on by Unearthed in October last year, warned: “weakening our SPS regime to accommodate one trade partner could irreparably damage our ability to maintain UK animal, plant and public health, and reduce trust in our exports.”

The National Farmers Union, together with environmental groups including Greenpeace, have called on the government to maintain high food and environment standards after Brexit.

The environment secretary Theresa Villiers told an audience at the Oxford Farming Conference in January: “Our strong British food brand is built on the high standards to which we hold ourselves. We can maintain and indeed enhance UK standards as we negotiate new trading relationships with friends and neighbours in the EU and leading global economies.”

A government spokesperson told Unearthed: “We will seek the best trade deal for every corner of the UK –  one which lives up to the values of British consumers, businesses, farmers, and our food and fishing industries.

“We are firmly committed to upholding our high environmental, food safety and animal welfare standards.

“We are ready to negotiate a Canada-style Free Trade Agreement with no alignment, as set out in the Government manifesto. The EU has jointly agreed to do everything possible to reach an ambitious future partnership by the end of 2020.”