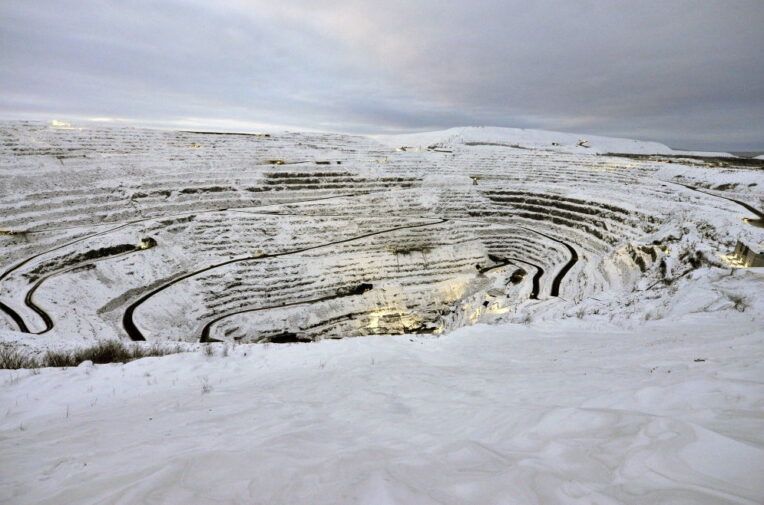 The permafrost pandemic: could the melting Arctic release a deadly disease?

As the Arctic heats up, a group of scientists are interrogating the risk that deadly diseases from the distant past may return

The permafrost pandemic: could the melting Arctic release a deadly disease?

As the Arctic heats up, a group of scientists are interrogating the risk that deadly diseases from the distant past may return

Last week it was hotter in parts of the Arctic circle than it has ever been in the United Kingdom.

And the satellite data suggests that while the air in north eastern Siberia was a scorching 38C, the land surface temperature was even higher ⁠— a panic-inducing 45C.

This record-breaking heatwave – which is, make no mistake, linked to global heating – comes as the entire world remains gripped by the Covid-19 pandemic, a microscopic virus that has killed half a million people and paralysed the global economy.

The two crises may be less far removed than they first appear.

The Arctic plays an important role in the story of climate change. Not only is it warming at least twice as fast as the rest of the world, what happens there reverberates everywhere. Rising sea levels? That’s the melting ice. Runaway climate change? That’s the methane and carbon stored in the permafrost.

Less understood is the role the region may play in the release of long-dormant diseases, a veritable sci fi plot that fascinates journalists but is a pretty recent field of proper scientific research.

For decades only the Russians were really investigating whether and for how long microbes could survive in the permafrost, but the wider scientific community is now taking note.

Last November in Hannover, Germany, scientists from around the world covering all the relevant fields of study – climatology, geology, virology – met for the first major skillshare focusing on the threat of microbes revived by the thawing of the permafrost.

The first speaker at the Hannover meet was Dr Vladimir Romanovsky, Professor of Geophysics, University of Alaska Fairbanks and an expert of the permafrost.

Because it’s important to understand that these mysterious microbes are frozen in the earth rather than the polar ice sheets, the melting of which is causing sea levels to rise.

What is the permafrost?

It’s any earth material at or below 0 degrees celsius for 2 or more consecutive years. Earth material can be anything: organic soil, mineral soil, sand, gravel. Glacier ice may fit this definition but permafrost scientists tend not to include it or sea ice.

The permafrost, Dr Romanovsky stressed to Unearthed, does not melt. It thaws. There’s ice in there but once it melts, the land remains. When that happens, it ceases to be permafrost — and what’s been frozen is no longer.

That thawing could lead to the release of the permafrost’s enormous reserves of greenhouse gases CO2 and methane, one of the tipping points that could herald runaway climate change.

“Permafrost is already thawing from the top down in many areas,” Dr Romanovsky said, explaining that though the permafrost further underground remains frozen year round, vast tracts of the upper permafrost –  up to ½ a metre deep – are experiencing a totemic shift.

“We observed in the very north of the Canadian Arctic, where permafrost temperatures are still around -14C, it’s already thawing from the top. That means part of the material that has been frozen for thousands of years is no longer continuously frozen.”

Rapidly rising temperatures in the region are increasing the depth of the permafrost’s active layer, the bit – most often near the surface – that for stretches of the summer has water instead of ice.

Dr Romanovsky said: “How much of the permafrost has already thawed? Not that much, because the process is just starting.

“The increase in the active layer started in the 1990s and the long-term thawing of the permafrost only started very recently, the last 10 years or so. It’s just the beginning. But it will accelerate with time, and we should expect the degradation of permafrost to pick up over the next few decades.”

The permafrost need not entirely thaw nor be thawed year round for microorganisms frozen in the earth to come to life or make their way to the talik — a layer above the permafrost that is rarely if ever frozen.

That active layer, ever larger and active for longer, becomes a new habitat, where “an increase in unfrozen water is enough to activate some biological processes.”

In fact, these microbes – awakened from their long slumber – may take the opportunity to move towards the taliks, where it’s less likely to refreeze.

After Romanovsky, the Hannover crowd was later addressed by Jean Michel Claverie, a virologist at Aix-Marseille University, who works with his wife Chantal Abergel, a celebrated expert in her own right.

“The idea that bacteria can survive for very long I think is definitely accepted,” Dr Claverie told Unearthed, “the remaining debate is for how long? Is it a million years? 500,000 years? Is it 50,000 years?”

“But yes there are extremely good papers that say yes you can revive bacteria from deep permafrost.”

The couple uses DNA viruses (more on that shortly) retrieved from permafrost around the Kolyma River in northeastern Siberia and infects amoeba in order to safely determine whether they still function as they are meant to.

Dr Abergel said: “This is a proof of principle we are running in the lab. We are able to revive viruses out of ancient permafrost samples. So far we have not been able to go up to 30,000 years, but it may come at some point.”

So which are the dormant diseases being studied? Is there really a permafrost pandemic we should fear? Scientists aren’t sure.

According to Abergel and Claverie, DNA viruses are the greatest cause for concern. They are hardier than RNA viruses so more likely to emerge from their frozen state relatively intact.

“RNA viruses seem to be much more fragile, normally they should not be able to survive that long. DNA viruses because they are more chemically stable are more robust to this kind of process,” Dr Claverie said.

“Nobody has ever tried to revive RNA viruses from the permafrost because RNA viruses, for example, do not infect amoeba or other things. And the only way you can assess the survival of viruses is using hosts.”

That would mean the microbes of Spanish Flu – which, like Covid-19, is an RNA virus – found in the graveyards in northern Alaska are extremely unlikely to jump out of the ice.

The best-known DNA virus, and one which the work of the married virologists relates to, is smallpox — the deadliest disease in modern history, but one which has been eradicated due to vaccinations.

Dr Claverie is mostly dismissive of the threat posed by revived bacteria diseases – like Plague, for example – because “they will kill a couple of people but now we have antibiotics.”

Perhaps the most well-known outbreak of an Arctic disease was of the bacteria variety: Anthrax.

But the feverishly reported 2016 episode – which killed thousands of reindeer in Siberia and infected around a dozen people – may not have actually emerged from the permafrost, a recent study suggested.

Romanovsky and his peers believe the outbreak was so severe because the Russian government had changed its policy on vaccinating animals, which they have since reversed.

More on the Arctic

Dr Brigitta Evengård, who led in putting together the historic Hannover event, was far less ready to dismiss the threat of frozen bacteria — she sees the emerging antibiotic resistance crisis as a threat multiplier.

After returning from a brief hiatus practicing medicine as Sweden’s doctors were called in to support Covid-19 efforts, she told Unearthed: “My worst case scenario? What’s happening already every now and then, there was an outbreak in Madagascar just a few years back. And that’s antibiotic resistant Pasteurella pestis… plague.”

Though she admitted the risk of antibiotic-resistant diseases emerging is thin, it is not impossible.

“The antibiotic resistance pandemic will kill annually more than the coronavirus pandemic.”

As for possible pandemics from the Arctic? “The two that we know could come out of the permafrost are anthrax and pox viruses, other than that it’s pandora’s box.”

Once unfrozen, these permafrost microbes must find a host in order to survive. But they have a problem: there aren’t many people who live in the area, and those that do – often indigenous villages – are not in frequent contact with outsiders, meaning the spread of infection would likely be limited.

“The real danger is not the thawing of permafrost per se,” Dr Claverie said, “it’s that humans – the Russians mainly – are now starting to exploit the Arctic regions, and are making big holes by which to excavate layers permafrost that are up to a million years old.”

“This is the recipe for disaster because you have humans here and you have the virus when it is fresh. When viruses are released from the permafrost in nature, what happens? They fall into the river. They are exposed to oxygen, which is bad for viruses. They are exposed to light, which is also bad for viruses. And so they will not be revived for very long if they don’t find a host very quickly.”

So it’s like the permafrost is the ocean, and the microbes the sharks. Don’t go surfing when there are sharks in the water and things should be alright.

Dr Abergel said: “If [the viruses] come into contact with a proper host then they will reactivate. So if you put a human in a place with frozen viruses associated with pandemic then those humans could be infected and replicate the virus and start a new pandemic.”

But as Dr Evengård pointed out, humans are not the only potential hosts out there.

“With climate change, we have movement of animals. People, we tend to stay in our homes if we are well enough. If you are near the coastline of Bangladesh, let’s say, you may already be moving inland. The biggest migration of climate refugees is still inside their home countries. But animals, they move.”

She stressed that climate change has sent the global ecosystem into flux, and it’s nigh impossible to say where things will end up.

Moose and hares, for instance, are migrating north as vegetation crops up, and then of course there’s birds and fish and their sometimes globe-spanning migratory patterns.

“These animals can bring microorganisms into virgin areas,” Dr Evengård said, “and things will happen that we simply can’t predict. You can say the Arctic is spacious and not so populated but there are people coming and going – yes, miners – and there are microorganisms coming in there with animals and even coming up from the earth. The dynamic that is ongoing is new.”

The Coronavirus experience, she said, “has just reinforced my belief that what I’m doing is absolutely important.”

“I’m not surprised, it’s not a question of if this was going to happen it was when. The only enemy we really have is our own ignorance — that we’re not preparing for this. We have all this knowledge, it’s really not that new. This dynamic process that we’re getting into with the climate change era. We should be better prepared, instead we’re sitting here paralysed by fear.”