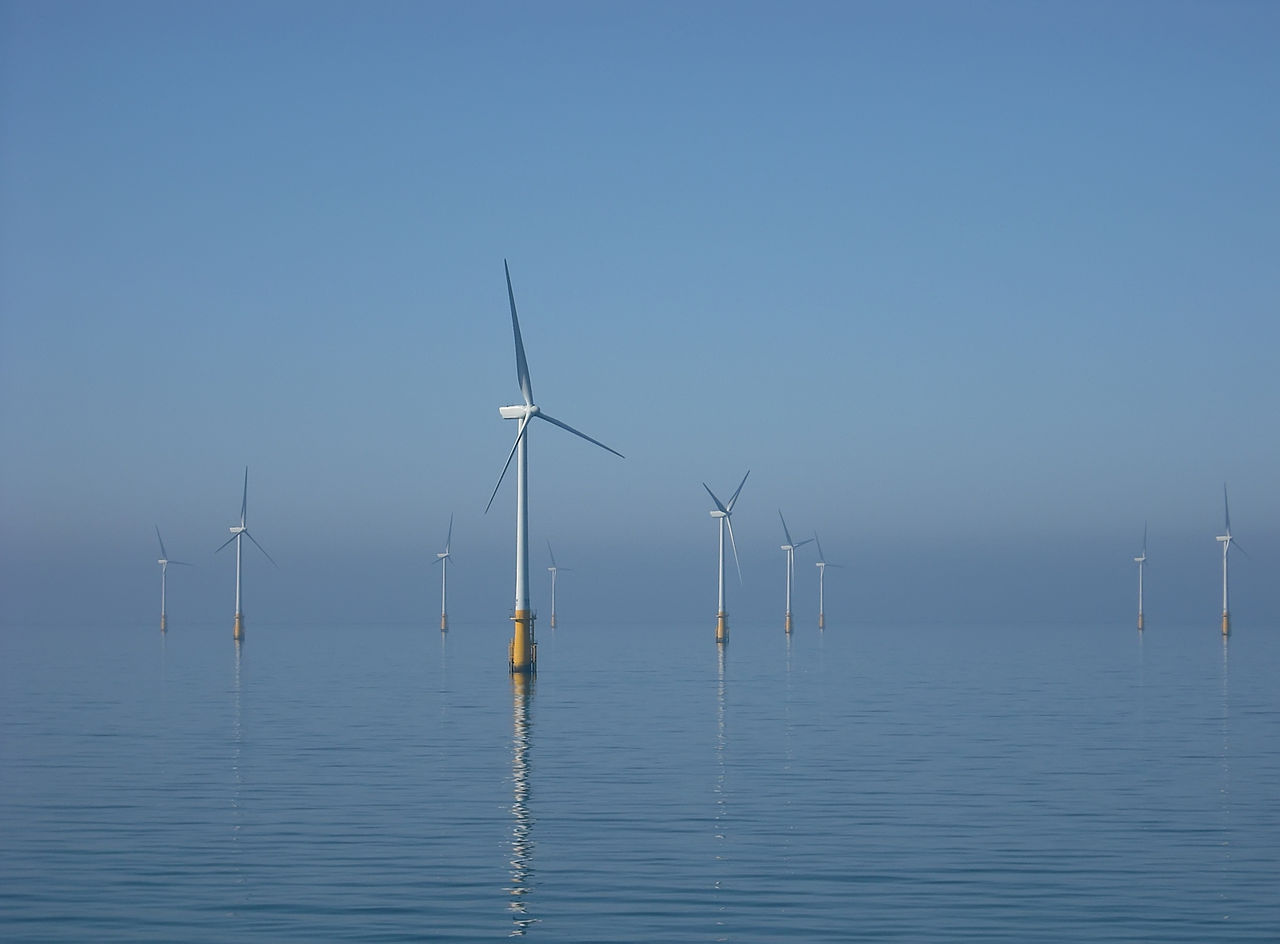 The two projects were awarded an average strike price – the level of subsidy set by the government – of £117 per MWh in a competitive auction.

This represents a cost reduction of £38 per MWh compared to the expected draft price of £155 per MWh set out  just a few years ago – and is the first significant fall in UK large-scale commercial offshore wind costs.

The levelised cost of energy from offshore wind farms has fallen by almost 11% over the past three years and is ahead of schedule in delivering the government target of £100/MWh by 2020, according to a report commissioned by The Crown Estate and published today.

The CfD cost is also lower than existing subsidies under the government’s Renewable Obligation (RO) scheme – which totalled roughly around £136 per MWh in combination with the wholesale price. This means the new strike price determined by the auction represents a 14% decrease on offshore wind prices under the RO.

Also read: How will the low oil and gas prices impact renewables in the UK?

There are 15 onshore wind projects totalling around 730MW that have been supported by the CfD auction, at a strike price of around £80 per MWh, £15/MWh less than the draft strike price.

And solar has fared better than industry anticipated – solar was in the same pool as onshore wind for the auction and there were concerns it wouldn’t be able to compete on price.

Solar projects over 5MW won’t be eligible for the Renewable Obligation scheme from April 2015, leaving the CfDs as the only available subsidy.

The auction results indicate a significant slowdown in the amount of large solar installed in the coming years, however, when the results are broken down by delivery year and compared to previous build. In fact, last year around 2-3GW of large solar was installed, according to the Solar Trade Association, compared to only 32MW for the upcoming year – a decrease of 99%.

All in all, more than 2GW of new capacity could be built, which DECC points out will cost “£110m per year less than it would have without competition”.

Ed Davey, Energy and climate change secretary said: “These projects could power 1.4 million homes, create thousands of green jobs and give a massive boost to home-grown energy while reducing our reliance on volatile foreign markets.”

Though there are some doubts over whether the projects will be completed.

“Some prices are incredibly low. The price that’s cleared for offshore wind is far below the price DECC pay at the moment, below the auction cap and below most expectations.

“The question is can these projects get built at such low prices or is this a sort of ‘auction fever?’ Or, are we massively overpaying for existing renewables? The truth will lie somewhere in between.”

“Onshore wind and solar are cheaper than nuclear. So should we build Hinckley?” He adds.

There are many factors that determine the cost of on offshore wind project, including the depth, distance and seabed factors in the build, as well as operations and maintenance costs – and these two projects are likely to be on the cheaper side as they are receiving the subsidies from a competitive auction, which means other projects may be relatively more expensive. But technology costs are going down at the same time.

Gross says: “This could well be the beginning of a general trend of cost reduction in offshore.”

Contracts for Difference, which are a subsidy scheme set up as part of the government’s Electricity Market Reform policy, allow renewables projects to have some certainty over the level of support they will receive.

Renewables firms are paid the difference between the strike price and the ‘reference price’, which is linked to the UK wholesale price, currently is around 45 per MWh.