Are onshore wind and solar now cheaper than nuclear and gas in the UK? 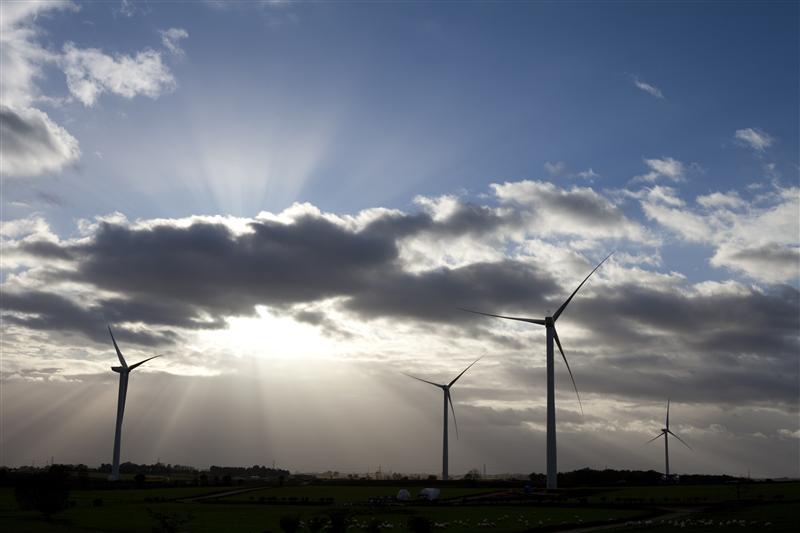 Analysis has been flying around Twitter on the results of the Contracts for Difference auction, with more than 2GW of renewables capacity set to receive support.

We’ve reported already that offshore wind looks like it’s doing better than expected at getting its costs down – but that’s not the only potentially startling news.

Onshore wind and solar now appear cheaper than the Hinkley C Nuclear project and some solar might even be cheaper than gas generation. How does this make sense?

Let’s tackle nuclear first. A couple of energy experts have now pointed out that the Hinkley deal doesn’t look too economical in comparison to onshore wind and solar.

Robert Gross, director of policy at Imperial College Energy Futures Lab, told Unearthed: “Onshore wind and solar are cheaper than nuclear. So should we build Hinkley?”

And Greenpeace UK’s chief scientist wrote the below:

Okay, so the Hinkley C contract is a based on a 35-year index-linked price guarantee (‘strike price’) of £92.50 per MWh. (Check out our analysis.)

And now onshore wind has an average cost of around £82 per MWh, according to the results of the Contracts for Difference auction, on shorter, 15-year terms.

But how representative are these numbers? There are indications the two solar PV projects that would receive £50 per MWh might not be financially viable after all.

Jim Watson, research director at UKERC, told Unearthed: “It remains to be seen whether some bidders have gone too low – and whether they can actually build their plants economically at these prices.

“The two projects that stand out for me are the PV projects at £50/MWh. It is very unlikely to be economic for them to proceed (though I may be wrong). What I’m not sure is why they have ended up with prices that are this low!”

One developer that got the £50 deal seemed pretty unenthusiastic about it, writing “We got our CfD. Oh dear”.

But even if you discount those two possibly unviable solar farms, you still get a large solar PV cost of £79 per MWh.

There is an intermittency cost that renewables face because they need things like investment in the grid, storage technologies and backup when needed – so the government’s climate change advisors the Climate Change Committee say should add another 1p/kWh or £10 per MWh to renewables costs relative to other sources of generation.

Take this into account and onshore wind is even with the Hinkley deal at £92 per MWh, and onshore solar looks like it could be cheaper even at the top end at around £89 per MWh.

It’s also worth remembering there are also costs that don’t appear fully included as part of the Hinkley deal – such as costs associated with the disposal of nuclear waste and limited liability in case of a nuclear accident.

It’s a bit trickier to compare gas with renewables – as it’s comparing levelised costs to strike prices, not the same kettle of fish.

DECC writes in its 2013 report on electricity generation costs: “The levelised cost estimates in this report are not the sole determinant of strike prices and therefore do not provide an indication of potential future strike prices for a particular technology or plant under the Feed-in Tariff with Contracts for Difference (CfD) being introduced as part of Electricity Market Reform.”

But for rule of thumb and in the absence of any better system (caveat, caveat) let’s take a look at how they compare.

The levelised costs of gas, according to DECC’s 2013 report, is £80 per MWh. This figure is most probably a bit out of date.

The gas price has been going down, which reduces gas generation costs as well. So since that DECC report came out the levelised cost of gas have likely fallen. On the other hand the carbon price, which is part of the levelised cost of gas, has gone up slightly to around £23 (carbon price floor plus ETS) from the £18 cited in the DECC report. It’s a bit of a murky picture.

Anyway, ignoring all that for a minute and using £80 per MWh as the benchmark, once you add the cost of intermittancy to onshore wind it does still look more expensive than gas.

For solar the two projects receiving £50 per MWh will be cheaper – at £60 per MWh if you add the intermittency costs – but only if they get built. Which they might not, if they aren’t viable.

The more expensive solar projects (the difference in strike price is explained by delivery year in this case) look likely to be more expensive than gas costs at around £89/MWh, including intermittency.

In short, it depends. We don’t know if any of these projects will be built, but it does look like the large price gap between renewables and nuclear or gas generation seems to be closing.