Donor watch: What does the cabinet re-shuffle mean for energy and climate? 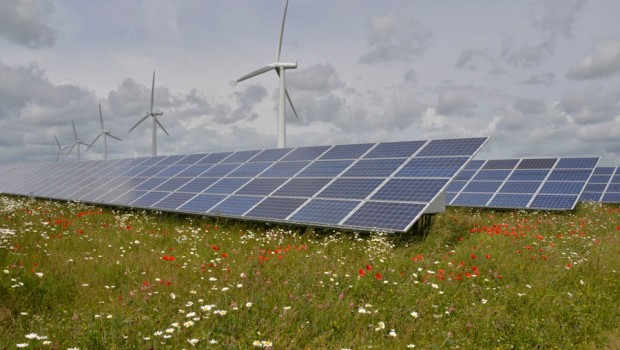 Sajid Javid, the newly appointed secretary of state for the department of Business Innovation and Skills, has accepted over £16,600-worth of conference expenses from a think tank that has received funding from Exxon Mobil and the Koch Brothers – according to an Unearthed analysis of the new government ministers involved in energy and climate decisions.

Amber Rudd and Andrea Leadsom, secretary of state and minister at DECC respectively, have also been involved in controversies over previous donations.

Meanwhile, the new head of the DCLG replacing the controversial Eric Pickles, Greg Clark had no registered donations and Lord Bourne of Aberystwyth, under-secretary at DECC, has been involved in some minor political skirmishes.

Defra’s new secretary of state Liz Truss only registers five donations on the electoral commission over the past government term – from a local logistics firm and the Norfolk-based Baronet and farmer Jeremy Bagge.

We trawled through the Electoral Commission’s records and Parliament’s financial interest register so you don’t have to – and rounded up what we found about the most interesting players. 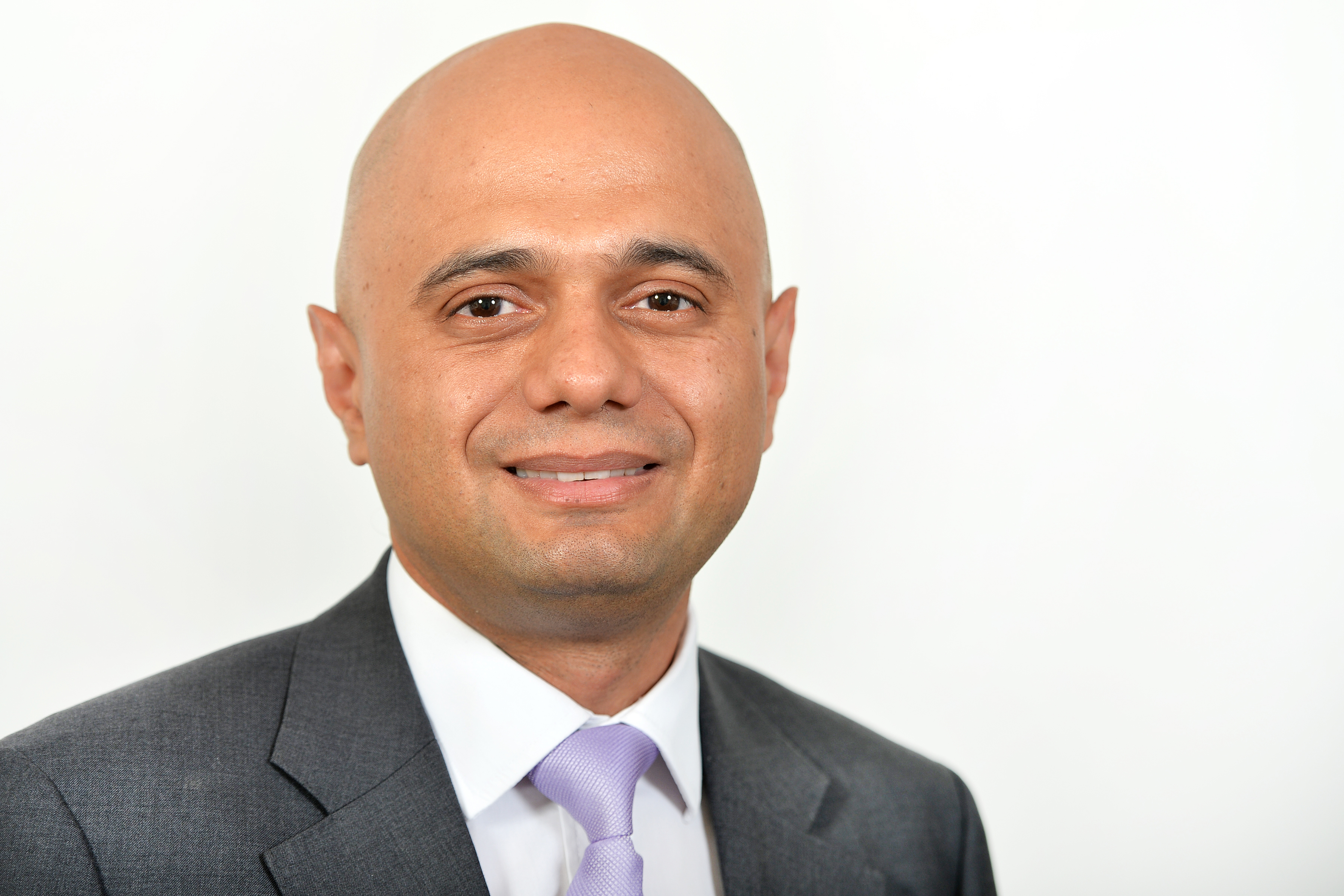 Javid – who has enterprise and business support and innovation in his remit –  has received over £16,600 from neo-Conservative free trade think tank the American Enterprise Institute over the past four years.

Javid, who is known for his bullish free market values, accepted the money from the think tank – which has been funded by energy giant Exxon and financiers of climate denial Koch Brothers – to fund four trips to the US to attend and speak at the annual AEI World Forum Conference between 2011 and this year.

Only two of the trips show up in the Electoral Commission, but an additional two were registered on the Parliamentary financial interests register.

The forum is an extremely secretive place where politicians court donations and no press coverage is allowed.

So though Javid’s association with the AEI is no secret – appearing in media profiles of his work – details are scant.

The Electoral Commission’s register describes the purpose of the visits as: “To attend and speak at conference to discuss contemporary political and economic issues with policy-makers from other countries”. In  2014, Javid was on a breakout panel on the outlook for the global economy at the forum, according to documents obtained by the Center for Public Integrity.

In 2014, chancellor George Osborne told AEI that he was sad not to be able to attend the World Forum. “And it’s one of my regrets that you moved the event to Georgia and you moved the time to March and it now clashes with my annual budget”, he said. But Javid has gone in his place.

In 2010 Javid also appeared on a panel discussion hosted by AEI in London, called “As We Say, Not As We Do: Emerging Economies and the Global Financial Crisis”.

The AEI received over $3.3 million from Exxon Mobil between 2001 and 2012. In 2007 the organisation was found to have offered scientists and economists $10,000 each, plus travel expenses, for articles criticising an IPCC report.

Between 2002 to 2012, the Koch Brothers – known for heavily supporting climate denial groups – poured over $850,000 into AEI through the Charles G Koch Charitable Foundation.

Javid’s predecessor, Vince Cable, was involved in green economy issues – including the opening the Green Investment Bank in 2012 and being vociferous on the subject of green levies.

Taking significant amounts of cash from an organisation with links to climate denial may raise concerns about Javid’s possible influence on energy industry issues – including in the renewables, energy efficiency and fossil fuel sectors.

BIS declined to comment on Javid’s involvement with the AEI when contacted by Unearthed.

The new energy and climate change minister, Andrea Leadsom, has received around £80,500 in donations to her campaign and her constituency from her brother-in-law Peter du Putron, according to an Unearthed analysis of Electoral Commission data.

As revealed in investigations by the Independent and the Guardian last year, the vast majority of these donations from du Putron (bar one, £4,999 in 2010, which was in his name) came through a firm with a parent company based in the Virgin Islands tax haven, called Gloucester Research.

The UK-based investment firm has changed names several times, and is now called G-Research. Jersey-based banker du Putron controlled the firm’s parent, Pans (UK) Holdings. G-Research’s ex-director is Ben Leadsom, Andrea’s husband, who also gave £10,000 to his wife’s campaign and her South Northamptonshire constituency in his own name – after the Guardian expose.

Andrea Leadsom came under fire for the donation arrangement at a time when she was a Treasury minister and the Treasury had stated it was cracking down on tax avoidance through offshore tax havens.

“Andrea was not aware of the size of donations made by UK companies controlled by Peter de Putron to the  Conservative party, and has never been involved in any way,” Leadsom’s spokesman told the Guardian, “She has not benefited personally from these donations and does not believe they have affected her career in any way.”

“No member of her family has ever sought to promote her political career,” they added.

Andrea Leadsom also previously worked as a fund manager for Invesco Perpetual. The firm has oil and gas holdings in its energy portfolio, including £3m of investments in Amerisur Resources, an oil and gas producer.

Just before she was elected as an MP she worked for her brother-in-law’s business, De Putron Fund Management between 1997 and 1999 as managing director. She has donated upwards of £10,000 to local constituencies in past five years, according to the Electoral Commission’s register. 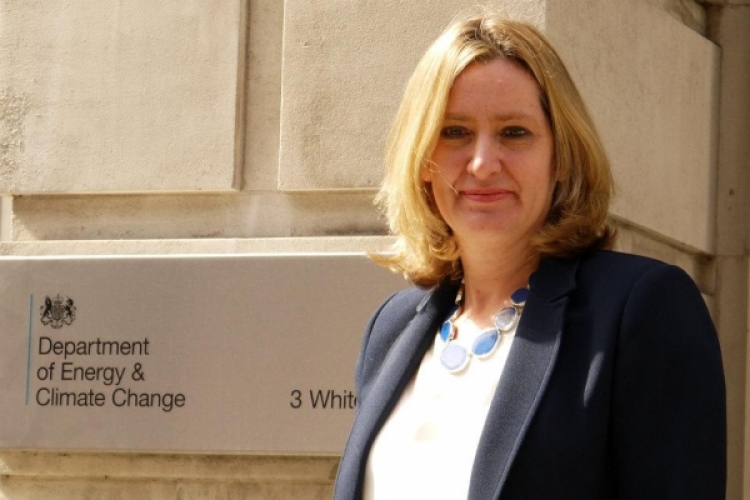 Amber Rudd, the promoted secretary of state for DECC, is perceived as having a tough, Thatcherite stance on climate change and has stated her commitment to a deal at the Paris climate talks in december, as well as backing a solar revolution in the UK.

Our analysis found she has received significant amounts of funding from conservative ‘clubs’ – including The Carlton Club and United and Cecil Club – which have been criticised for their lack of transparency. The clubs are under no obligation to reveal their donors, unless the donations are over £7,500.

Rudd has also come under flak for taking £2,500 in cash from controversial banker Ian Hannam, erstwhile advisor to global mining giants such as BHP Billiton (mines for coal and oil) and Vedanta (oil and gas) and massive coal producer Xtrata.

Hannam was fined £450,000 by regulators for markets abuse while working for JP Morgan, and quit the firm in 2012. He lost an appeal on the decision in May last year.

Rudd told a local paper that she used to work with Hannam at JP Morgan. “Ian and his wife are good friends of mine and they wanted to give £2,500 towards my campaign. I am very grateful to them,” she added.